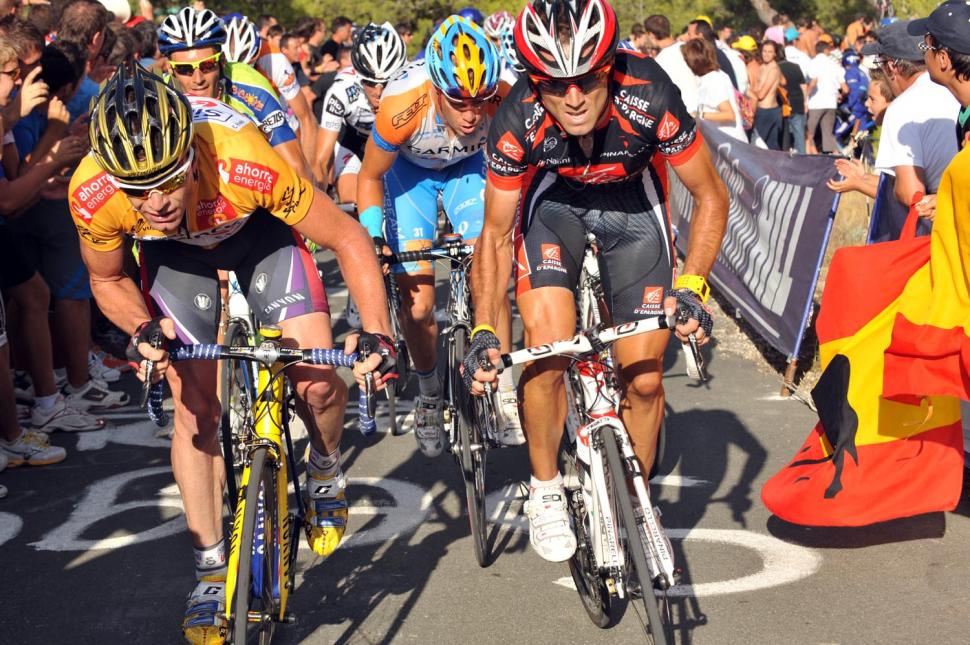 Caisse d'Epargne rider tops standings even as UCI seeks to have him banned...
by Simon_MacMichael

In news that is guaranteed to prove an embarrassment to world cycling’s governing body, the UCI has confirmed that Spanish rider Alejandro Valverde has replaced Belgium’s Philippe Gilbert at the top of the individual world rankings.

The Caisse d’Epargne rider’s move to top place in the rankings follows his victory in yesterday’s final stage of the Tour de Romandie, which helped him claim the overall title in the race.

The UCI confirmed the news on its website, but made no mention of its ongoing battle, which we reported on last week, to force RFEC, the Spanish cycling federation, to take action against the cyclist with regard to his alleged links to Operacion Puerto.

The UCI, together with the World Anti Doping Agency (WADA), have appealed that case to Court of Arbitration for Sport (CAS), with a decision expected later this month.

The governing body has previously said that it intends to extend Valverde’s two-year ban from cycling in Italy, implemented by CONI, the Italian Olympic authority last May, worldwide, although it is presumably waiting for the latest CAS decision until deciding exactly what action to take.

Valverde’s victory in the Tour de Romandie and subsequent elevation to the top of the world rankings have met with vocal disapproval from fans and fellow riders alike on the social networking site, Twitter.

Garmin-Transitions rider Danny Pate summed up the feelings of many when he posted a message on the site yesterday saying “Woohoo, Valverde won another race..... Cool.... Thanks a lot Spanish Federation, UCI, and WADA.”