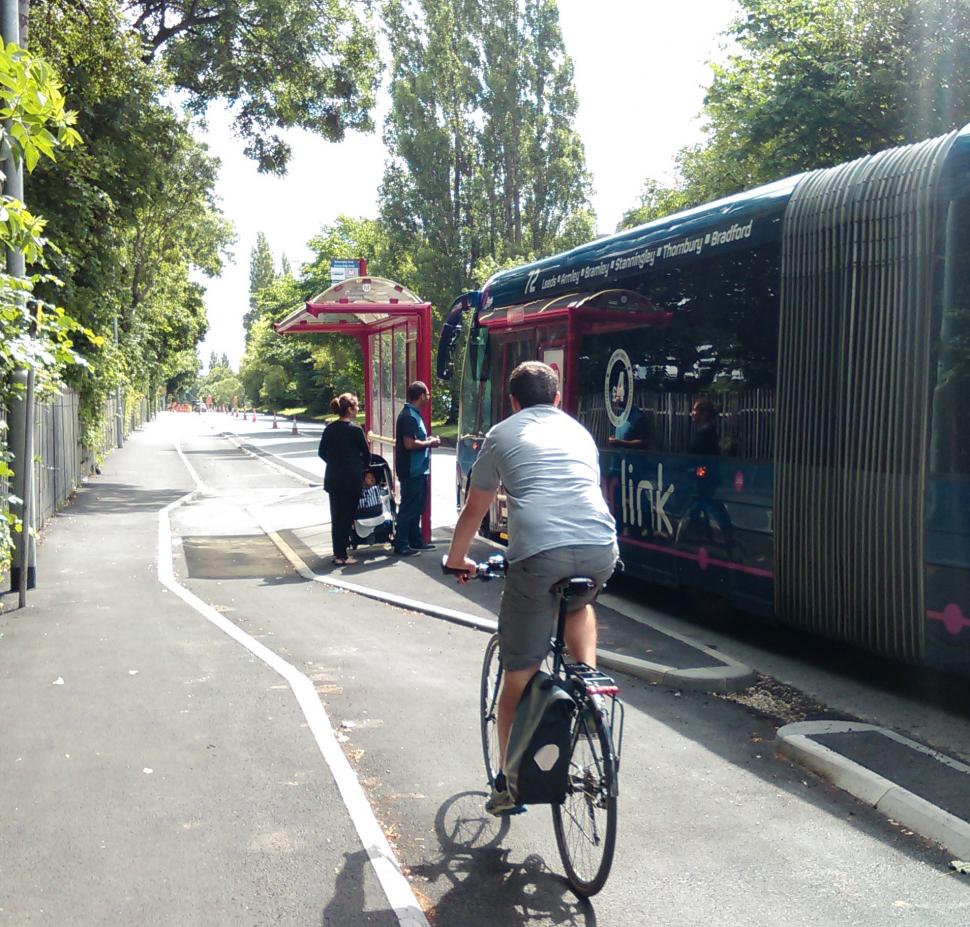 Around 50% of work on the 23km route, running through some of the country's most deprived areas, is now completed ...
by Laura Laker

The £30m Leeds-Bradford cycle superhighway will help make cycling less exclusively white and middle class, and reduce the 30 hours a year people in the area spend stuck in traffic, according to Cycle City Connect, the partnership managing the project.

Half the work on the 23km government-funded route, which runs through some of West Yorkshire's most densely populated and deprived areas, is now complete.

Of more than 100 junctions all but two will give cyclists priority over turning traffic and cycles will be protected from motor traffic and pedestrians using stepped pavement and kerbs. Cycle City Connect hopes the route will help more people feel safe cycling, tackling pollution and poor health suffered by those on lower incomes due to a lack of exercise.

Gavin Wood, of Cycle City Connect's Project Engagement Team, told road.cc: "Currently most trips in Leeds and Bradford are made by private car, accounting for about 60% of journeys across the region; a large proportion of those are three miles or less. Those private car trips are a large contributor to the congestion issue - people currently spend nearly 30 hours a week in traffic jams, being traffic, not moving."

"We have 1.5% of journeys made by bike across Leeds and Bradford. The most common barrier to riding a bike that people don't feel safe, so the rationale behind building segregated cycle routes is that if we can make people feel safe, make the routes convenient, we can begin to tackle some of those issues of air quality and congestion."

He added: "Cycling is still a very much white middle class pursuit and we are trying to normalise it."

More than a quarter of Bradford's children are classified as living in poverty, with some wards along the superhighway route among the 10-15% most deprived in the country.

Wood also defended criticism earlier this year of two junctions where cycles have to give way to turning traffic from a gyratory, calling the backlash a "storm in a teacup".

He said: "We couldn't bring it into line with the  Transport for London best practice [guide] for that type of junction. It's two junctions out of 100-plus junctions so in the overall majority cyclists will have priority." The Cycle City Connect project is a £60m government-funded infrastructure scheme, paid for from the Cycle City Ambition Fund, of which the Leeds-Bradford Cycle superhighway forms a part. The superhighway will be complete in April 2016, with most of the route still under construction.