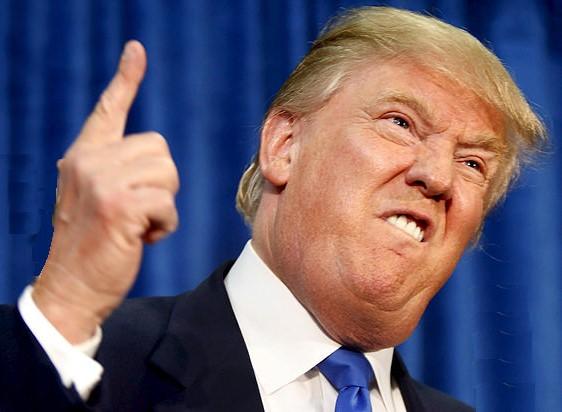 There's perhaps a new badge needed in this world, or a t-shirt, that says "Hated by Donald Trump". Well, t-shirt makers, Donald Trump officially hates cycling, and website Newsy has created an amusing video montage of him telling us all about it.

Trump's main bone of contention seems to be that US Secretary of State John Kerry rides a bike, and this year fell and broke his leg during Iran nuclear talks in Switzerland, a fact Trump is seen wheeling out during five different speeches, in which Kerry's age wavers between 72 and 74 (he's 71) and the ride becomes a bicycle race.

The climate change denier has got himself into hot water for various gaffes during his presidential campaign, including insulting various female public figures. His love of the insult is so highly developed, the internet has made a Trump insult generator, so perhaps an outburst on cycling was inevitable.

Trump says: "We won't be using a man like Secretary John Kerry, goes into a bicycle race at 72 years old and falls and breaks his leg. I won't be doing that."

In a second interview he's filmed saying of Kerry: "He's 73 years old and he goes into a bicycle race. He's got the helmet, the whole thing, he's negotiating a very important deal.

"I don't want him on a bicycle during nuclear negotiations."

In one clip Trump puts his right hand up. "I swear to you I will never enter a bicycle race if I'm president," he says.