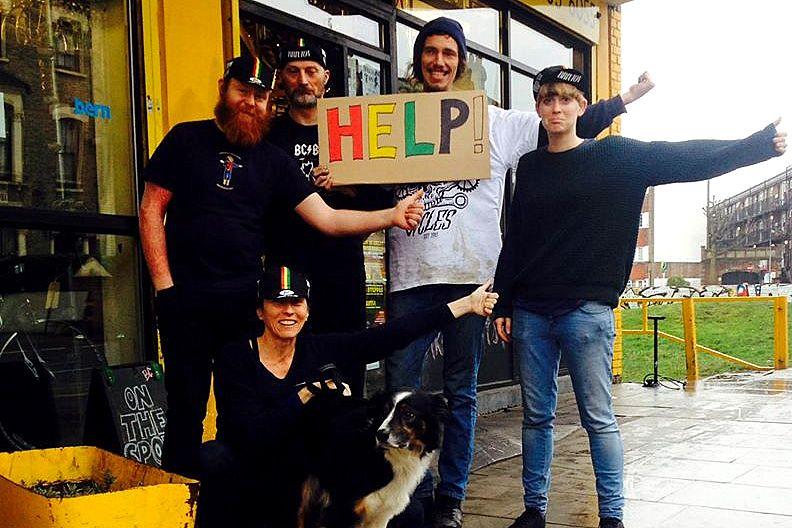 Campaign to save Brixton Cycles off to flying start (+ video)

South London co-operative Brixton Cycles has had a flying start to its campaign to raise £40,000 to help it move to new premises and ensure its survival, heading towards half that target less than 24 hours after its launch on Crowdfunder.

The shop, established in 1983, is currently located next to Stockwell Skatepark but its premises are due to be demolished and turned into flats, meaning the worker-owned enterprise needs to vacate the premises by the end of January.

The crowdfunding drive, aimed at raising part of the estimated moving costs of between £120,000 and £150,000, was launched with a party last night where raffle prizes included a jersey donated by former world champion, Mark Cavendish.

Winner of the Best Small Bike Retailer category at the London Cycling Awards last year, Brixton Cycles says on its page on Crowdfunder that it has already “found a new space that we're very interested in and we've agreed a deal in principle. We're yet to sign anything, but fingers crossed we're not far off.

“Even if this space doesn't work out, once we have the funds from the crowdfunding campaign, it will put us in a stronger position to slam down a deposit when the right place does come up,” it adds.

Pledges start from £5 and rewards on offer include cycling caps, t-shirts and prints all the way up to a package that includes those items plus four free services, wheelbuilding and bike maintenance classes and a 10 per cent discount for a year.