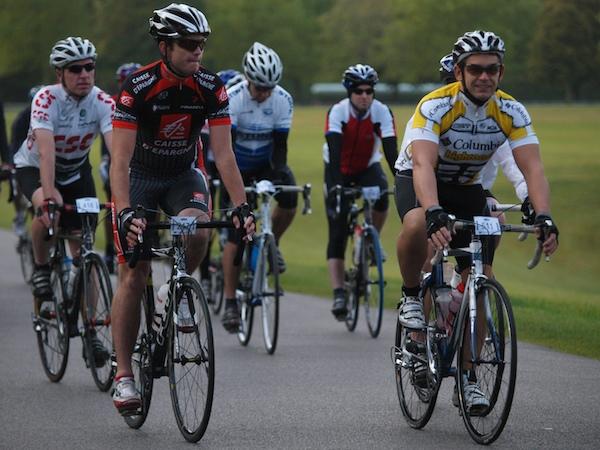 Co-operation Ireland, an organization that fosters good relations between the north and south of Ireland, is reinstating the charity ride it last held in 1998. The Maracycle started in 1984 and ran for 15 consecutive years before safety concerns put a stop to this popular event that at its peak attracted 4,000 riders.

But changing attitudes to cycling events and a good hard look at the route has meant Co-operation Ireland's chief executive Peter Sheridan feels the time has come. "It's going to be “challenging but do-able.” This year’s route will preclude main roads where possible as the expected 1,000 ‘maracyclists’ cover more than 200 miles over two days between Belfast and Dublin.

Starting in Belfast, riders head for Lisburn and then on to Moira, Banbridge, Camlough and Dundalk.

The route then snakes south to Castlebellingham, Dunleer, Drogheda and Naul before finishing at Dublin City University.

According to Terry O’Neill, fundraising director at Co-operation Ireland, the return of the Maracycle is down to its past success.  “We have brought back the cross-border Maracycle due to popular demand as so many people have expressed an interest in cycling between the capital cities of Belfast and Dublin,” he said.

“The route has been chosen with the safety of cyclists at the fore and a number of shorter options are also available, so that it can be a real family event.

“This is a challenge that can be taken up by anyone provided they follow the training schedule. It’s also an opportunity to meet new people, while enjoying the beautiful countryside between Belfast and Dublin.”

Anyone here with memories of this event?