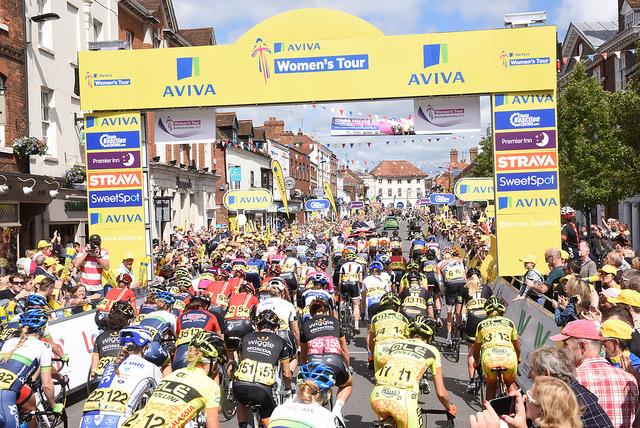 British Cycling has welcomed the news that two British events are to feature in the top level of women’s cycling from 2016 onwards. The Aviva Women’s Tour and RideLondon are two of the 17 events that will comprise the UCI Women’s WorldTour.

The Women’s WorldTour will replace the UCI Women Road World Cup which ran from 1998 until this season and which has been won for the last two years by Britain’s Lizzie Armitstead.

Beginning with Strade Bianche in March, it will take in the Aviva Women’s Tour in June and Prudential RideLondon at the end of July before finishing with the recently formed La Madrid Challenge by La Vuelta in September.

The Aviva Women’s Tour will be one of just four stage races on the calendar – the others being the Tour de Chongming Island, the Amgen Tour de California and the Giro d’Italia Internazionale Femminile.

“This is great news. We’ve worked closely for many months with organisers and with the UCI to bring Women’s WorldTour events to Britain and I’m proud of the team that has made this happen. The Aviva Women’s Tour and RideLondon already attract world-class fields and fantastic crowds and are fully deserving of their place on the WorldTour.

“It’s also a further boost to our We Ride strategy, our comprehensive approach to promote and build women’s cycling in this country – with the ultimate goal of getting one million more women cycling by 2020.”

The We Ride strategy began in 2013 and a two-year update published in July indicated that it was on track to hit its target with 254,000 more women now cycling.

“Having two Women’s World Tour races within the UK creates a huge opportunity for British professional riders to experience the magic of a home crowd on one of the biggest stages outside of the Olympics and World Championships.

“Women from all over the world will race in the Women’s Tour and Ride London which have come about as a direct result of the London 2012 legacy.

“Aspiring young women who have ambitions to be road professionals in the future will now be able to see the world’s best here in the UK and this is a huge positive as we look to further develop women’s cycling in Britain.”