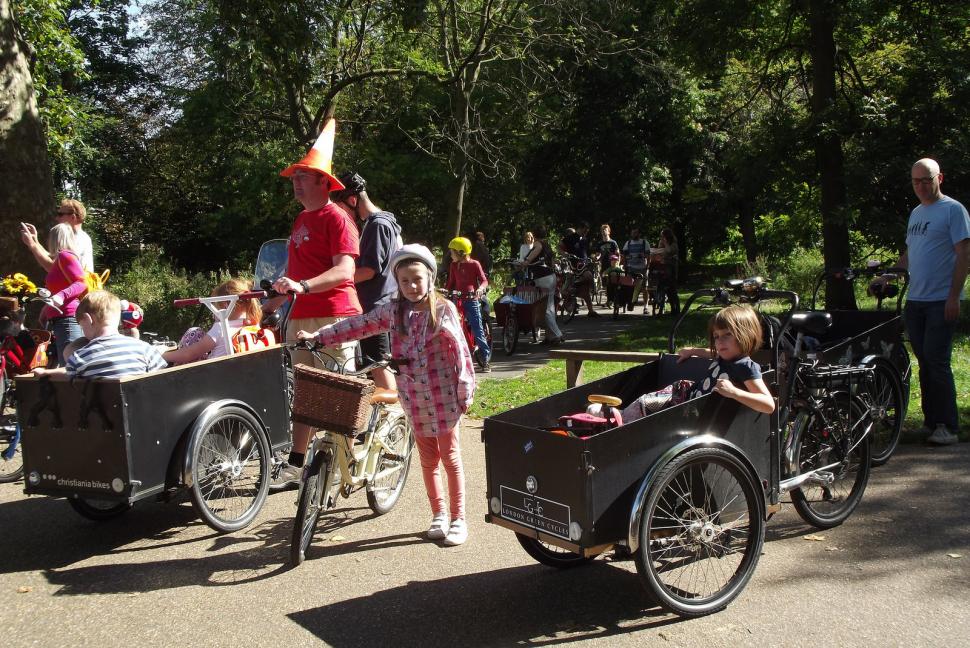 Hundreds turn out across the world for family-friendly ride to show "kids are traffic too"...
by Laura Laker

What could be the world's biggest international family bike ride, Kidical Massive, saw hundreds of families taking to the streets and parks yesterday to highlight that kids are traffic, too.

This year's event, on September 19, was the first international event, with events from Alaska to Lichfield, with five of the nine international rides (outside the US) happening in the UK.

The event started as Kidical Mass in Eugene, Oregon, in April 2008, and later spread across America. The idea is there is safety in numbers, making a safe space for families to get out on bikes together.

And worldwide! Be a part of cycling history! Ride with us September 19. #kidicalMASSIVE Meet 10:30am, Mesta Park. pic.twitter.com/yBXFPBjpWS

Ruth-Anna MacQueen, one of the organisers of London's Kidical Mass, said the event was such a success they are already planning next year's event.

She said: "We had a fantastic time and the kids loved it. Almost 100 people turned up, and the sun shone. Children ages 4 and up on their own bikes, trailers, tagalongs, front seats, back seats and possibly the largest collection of cargobikes London has seen!

"After refreshments kindly provided by London Green Cycles, we rode around the Outer Circle of Regent's Park and finished by spotting some camels at London Zoo. Then we had a picnic, and the parents and kids has a great time trying each others' bikes! It was such a success, we are already planning the next event.

In Manchester some rather over the top barriers on a cycling and walking path were opened for the 1.5 mile event along the Fallowfield Loop.

The Seattle ride had "221 kids and their adults".

Thanks Madi for bringing *221* kids & their adults to @SeattleParkways Saturday! You are amazing! #kidicalMASSive https://t.co/knYRcOopHI

And as Kidical Massive was on the same day as that well-loved institution of over-the-top accents and eye patches, International Talk like a Pirate day, Piratical themes emerged in Dumfries, Boulder (Colorado), and Santa Monica.