The GPS cycle computer market, once dominated by Garmin, is starting to heat up this year with a lot more choice. The latest is Wahoo’s brand new Elemnt, a new GPS enabled cycling computer that will cost £279.99 and aims to “streamline the user experience and drastically simplify the setup process” by using a smartphone app to configure the computer along with full compatibility with third-party platforms like Strava and MapMyRide. 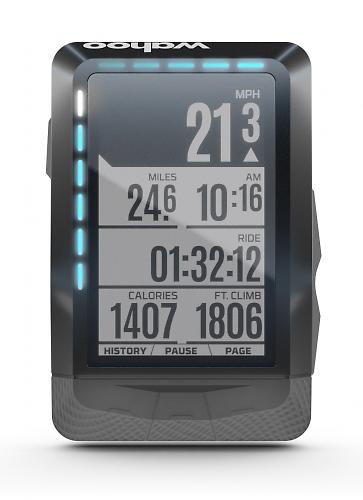 The Elemnt, the company’s first dedicated cycle computer, features ANT+, Bluetooth Smart and WiFi. That means it can be synced to a smartphone companion app which is claimed to make it really easy to configure the cycle computer and personalise the computer, and also ensures it’s compatible with a host of heart rate, cadence and power sensors. Of course it’s fully compatible with the company’s own Kickr indoor trainers.

- Cycle computers — everything you need to know

On its large DayBright screen is a customisable dataset that can provide all the key ride metrics like speed, distance and elevation, as well as route navigation and phone call, text and email notifications. An interesting feature is the ability to be able to track fellow riders’ locations in real-time, perhaps providing the ability to outsmart them even if you can’t out ride them? 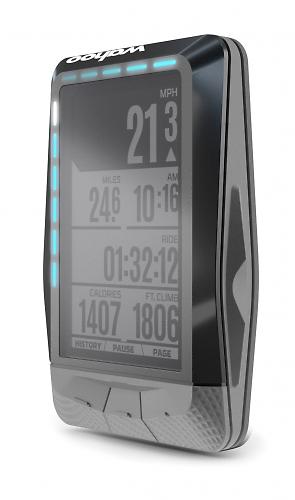 A novel feature is the QuickLook LED. If you use a computer, you know how distracting/dangerous it can be to look down at your computer while cycling, so Wahoo has added a strip of LEDs alongside the edge of the screen. This should make it possible to quickly glance down at the computer and get an indication of how fast or how you're riding, much like gear change indicators on an F1 steering wheel. They’re fully customisable so can be used to indicate speed, heart rate, power or turn-by-turn navigation cues. We like the sound of this feature and look forward to seeing how it actually works in the real-world.

The Elemnt doesn’t tie you into its own platform. Instead it allows full integration with third-party apps like Strava and RideWith GPS, which is an obvious appeal if you’re dedicated to one of those systems. The computer will be able to pull in routes direct from those websites, so planning routes and getting them onto the cycle computer should be a doddle, and you’re not tied into a fixed way of doing it. 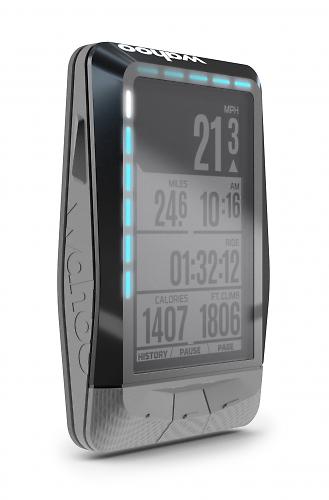 “Using a bike computer shouldn’t be the hardest part of your ride,” said Chip Hawkins, CEO of Wahoo Fitness. “We saw a need for a well-designed GPS-enabled cycling computer that simplified the riding experience rather than complicated it. We solved that need with the ELEMNT.”

Previously Wahoo has offered the smartphone-powered RFLKT+ bicycle computer, but this new Elemnt doesn't rely on a smartphone to operate.

The new Wahoo Elemnt will cost £279.99 when it hits the shops later this year. We’ll hopefully get to review one before then. www.wahoofitness.com.