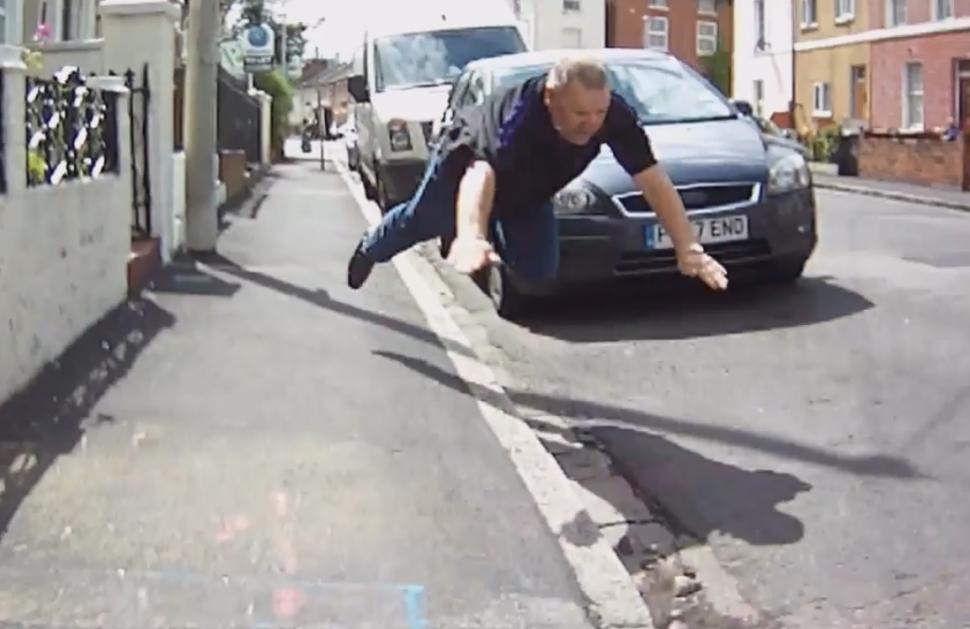 The man whose YouTube video has been viewed more than 4,790,000 times says drivers need educating about overtaking cyclists safely
by Laura Laker

When a Reading cyclist set out on whatever journey he was taking that day, he probably didn't imagine he'd meet one of the world's angriest men, or that footage of their encounter would go viral on the internet.

Since then the anonymous man's video, titled a clown takes a pratfall, has approaching five million views on YouTube in less than two weeks, with extensive coverage across the national press, including one particularly brilliant satirical dissection of the event from Vice.

Perhaps understandably wishing to remain anonymous, the man, calling himself uphillfreewheeler on YouTube, has nonetheless come forward to talk about the issue of bad driving, and is reported by ITV news as simply saying the problem is people often fail to understand overtaking distances.

On the strength of the video the driver received a police caution and admitted to committing a variety of offences, including assault.

Another, altogether more civilised video, starring Chris Boardman and master driving instructor, Blaine Walsh, was released this week, demonstrating how to safely overtake cyclists in a motor vehicle. If it gets as many hits as a clown takes a pratfall we hope that will go some way to educating a significant number of people on the roads.