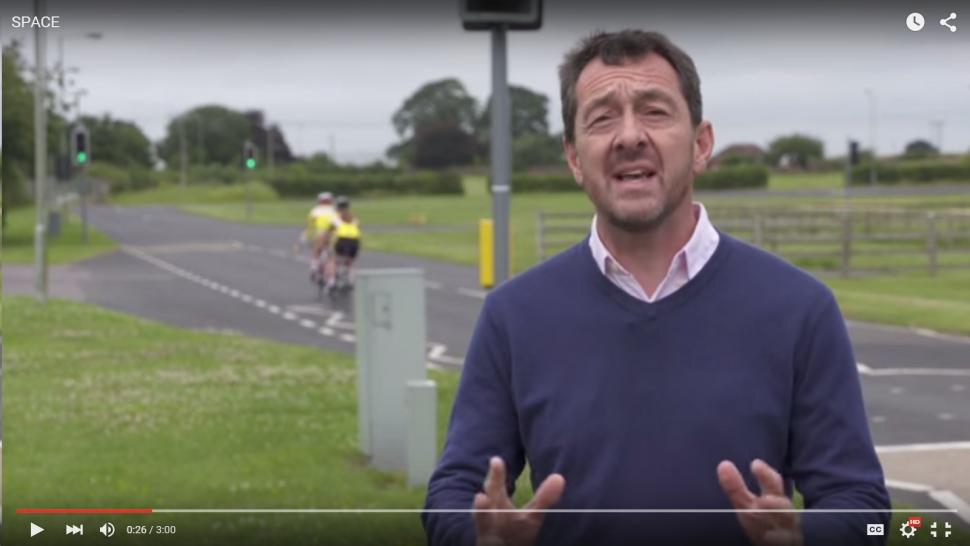 Overtaking is the most dangerous driving manoeuvre, with many bad examples on YouTube
by Laura Laker

Close passes are something most, if not all, UK cyclists, are likely to have experienced and, in a bid to educate drivers a newly-released video shows Chris Boardman explaining how to safely overtake cyclists.

The video, also featuring cycling club Exeter Wheelers and master driving instructor Blaine Walsh, demonstrates how much room a cyclist or group of riders need, and why they might need it, including to avoid imperfections in the road. As Boardman points out, riders aren't just an obstacle to be avoided, they are people's loved ones.

Walsh says overtaking is the most dangerous manoeuvre, and that most drivers don't know rule 163 of the Highway Code says "give a cyclist at least as much room as you give a car" when overtaking, and that you don't have to look too far on YouTube to see many drivers don't realise this.

Boardman says: “People on bicycles aren't just obstacles, something to be avoided, they're flesh and blood, they’re mums and dads, sons and daughters, brothers and sisters – they need motorists to give them space when overtaking."

He says the dynamic envelope, the space riders need to stay upright, is often bigger than you might think, and stretches when riders need to avoid imperfections in the road. This, he explains, should be thought of as an "exclusion zone, that you must not enter".

The video, by BikeBiz editor, author and campaigner, Carlton Reid, demonstrates what this looks like in the real world with Walsh overtaking a group of Exeter Wheelers riders.

Blaine Walsh says: "Overtaking is one of the riskiest things you can do as a driver. It's critical to get it right, for your safety and the safety of other road users. Sadly you don't have to search YouTube very hard to find some incredibly dangerous and close overtaking of cyclists."

"Clearly these drivers are not aware of what the Highway Code says about the space they are required to give cyclists."

As Walsh overtakes, he points out that he crosses to the other carriageway to do so. When complete, he says: "There. Job done. I'm safe, they're safe."