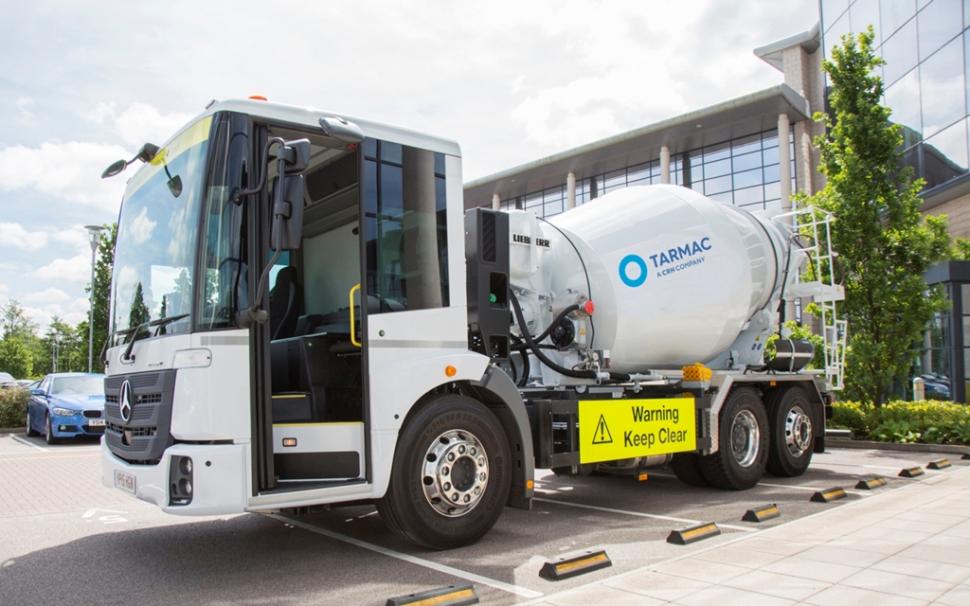 A major construction company is trialling a new design of cement mixer truck that is aimed to improve the safety of vulnerable road users including cyclists.

Tarmac says it is the first UK company to test a Mercedes Benz Econic cement mixer, which includes safety features such as full-height glass doors and a wider view through the windscreen to improve visibility and reduce blind spots.

The 26-tonne vehicle will operate from the company’s Silvertown depot in east London, with the initiative accopanied by increased training for its drivers.

The company’s national transport manager, Sean McGrae, said: “We operate the largest vehicle fleet in the industry, and are committed to improving vulnerable road user safety across the UK.

“The trial of the Econic mixer is part of our broader approach to road user safety.

“We are pleased to be working with vehicle manufacturers like Mercedes-Benz to trial this revolutionary new safety design. As an industry, it’s important that we continually explore opportunities to drive improvements in this area.”

Heavy goods vehicles make up just 4 per cent of London’s traffic, but are involved in around half of cyclist fatalities in the city, with the vehicle in question often involved in the construction industry, such as tipper trucks.

The London Cycling Campaign has called for lorry design to be improved to help make it safer for cyclists when sharing the roads with such vehicles under its Safer Lorries campaign, elements of which have been adopted by Transport for London for lorries using the capital's majpr roads.

A Mercedes Benz Econic tipper truck is already being trialled in London by construction company Cemex UK, as featured in this video.