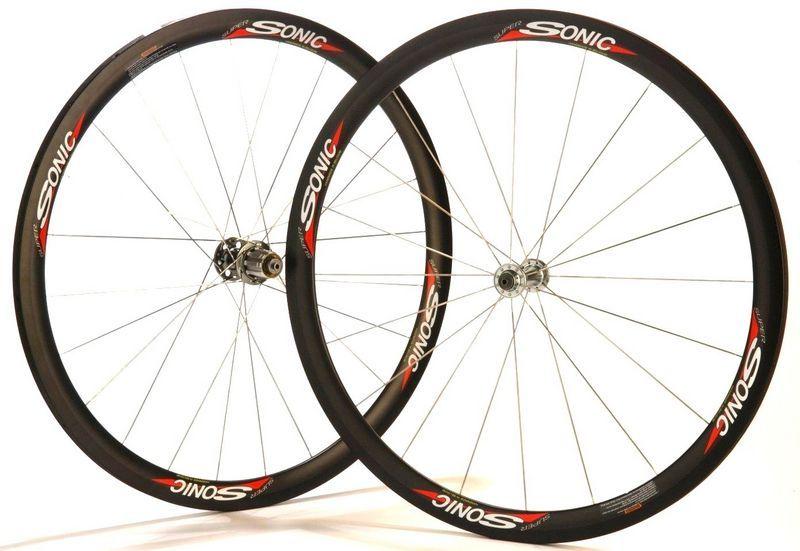 Sonic wheels coming to the UK

You may not have heard of Sonic wheels but that's not for want of them flogging a few sets, they're the third largest wheel brand by volume in Belgium and France. They've not had a UK distributor until now, but Roche Sports, the people behind Sabbath Bicycles, have taken Sonic on and will be offering a range of five wheelsets, as well as speccing the wheels on the Sabbath range.

The models coming to the UK range from £399 from £1290 and cover a wide range of uses. They're hand built in Belgium and they all come with wheel bags, skewers and cork pads and valve extenders for Carbon or deep section wheels. “Sonic Wheels have done exceptionally well on the continent because they’ve offered a variety of competitive and reliable wheels that meet the needs of cyclists, regardless of their competitiveness", said Roche's director Greg Roche. Here's a rundown of the models they'll be bringing in: Sonic All Road £399
The All Road is described as a quality training wheel but at 1530g stated weight they're plenty light enough for year-round use if you're not racing. They feature a 24mm Aluminium rim and Sonic branded hub with a steel freehub body, and they're built up with 24/28 DT Swiss spokes. 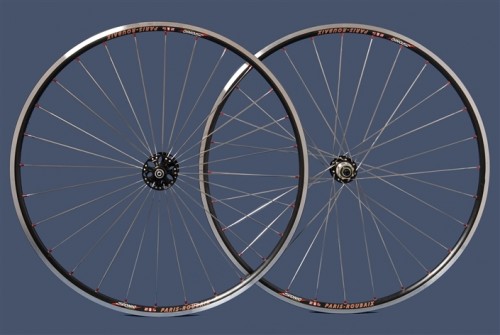 Sonic Paris-Roubaix £625
Weighing in at 1420g, the Paris-Roubaix features a 19mm rim and a large flange hub on the front; they look robustly built for their weight and, given their name, you'd expect them to be able to take some knocks. The freehub body is Titanium and spokes are DT Swiss Aerolite with 24 radial spokes at the front and 28 at the rear. 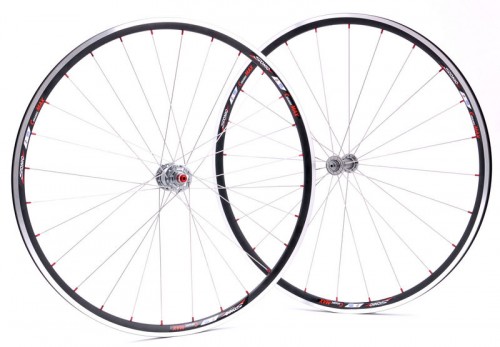 Sonic C-Max £699
The C-Max looks to share a rim with the All Road but it's a much lighter build, tipping the scales at 1350g for the pair. They score ceramic bearings and a Titanium freehub body and they're designed as a durable road wheel for all types of riding. 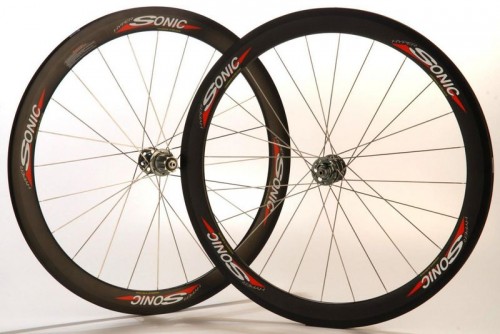 Sonic Ultra/Super/Hyper £990 (£1250 clincher)
Moving into higher end territory the Ultra 33 is a tubular-only 33mm Carbon rim laced to Sonic's Aluminium rims with 20/24 DT Swiss Aerolite spokes. They tip the scales at 1150g for a pair. The Super is the same build but using the popular mid-depth rim – a 38mm in this case – which is available both as tubular and clincher. Stated weight is 1270g, which we'll assume is for the tub. The Hyper is deeper still at 50mm, weighs in at 1370g and again is available as a tub or a clincher. 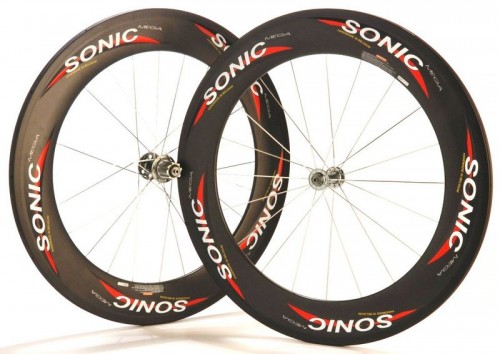 Sonic Mega £1290 (£1540 clincher)
The Mega uses an 85mm Carbon rim that looks like a unit we've seen on quite a few deep section wheels – we doubt that Sonic are making their own rims, though there's nothing wrong with that. At 1720g they're pretty reasonable weight-wise, and like all the other wheels in the range they're available with Shimano or Campag freehub.