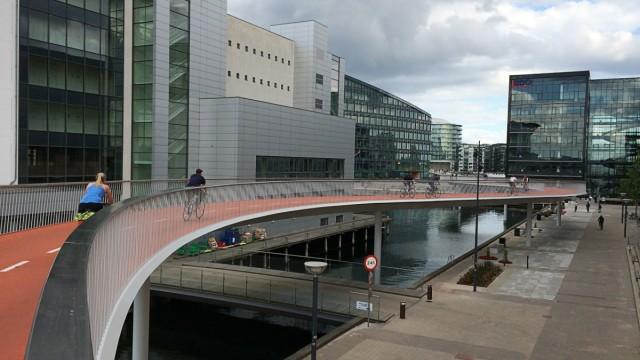 Segregated bike lanes without a traffic light in sight? The new vision for cycling in Munich

Wider, safer paths with full protection from cars could be a reality for Munich's commuters and shoppers...
by Sarah Barth

Cyclists in Munich could enjoy a safer, faster commute thanks to plans to build new ‘bike Autobahns’ across the city - a network of 14 two-way segregated lanes, unsullied by crossroads or traffic lights.

Although only at the planning stage, the proposals signal a move towards more protected cycleways  that are more spacious and safer.

According to the Süddeutsche Zeitung, the new lanes would measure four metres wide, making them spacious enough for two-way travel even with trailers attached. Generally cycle paths are designed to be 2.5m wide.

There would be no interaction with cars whatsoever, but the estimated cost is a million Euros per kilometre.

Each route would be between five and 15km long, spreading out in a star shape from the city centre into the suburbs, providing relief on routes Martin Glass, Chairman of the General German Bicycle Club (ADFC) Munich, described as ‘tedious’.

As we reported earlier this year, the Dutch could be on track to get their own super-fast e-bike freeway, allowing commuters to travel the 30km between Groningen, Haren, Assen and Tynaarlo faster than ever before under (mostly) their own steam.

E-bikes are increasingly popular in Holland, and with speeds up to 45 kmph city authorities are looking at ways to exploit their use for intercity transport.

Henk Brink, a deputy from Drenthe, told Die Krant van Midden-Drenthe, “New rapid cycle infrastructure could be a nice addition to all measures that we have already taken in the field of cycling and accessibility in the Groningen-Assen region.”

The new paths could include features like sensors, alternative power generation, self-healing pavement and asphalt that glows in the dark.