With that bushy beard on his face Geschke might look at home on a fixie, but the TCR Advanced SL is Giant’s lightweight race bike. This looks like the new 2016 TCR Advanced SL that we showed you on road.cc last month. Many riders like to use an aero road bike like Giant's Propel, for flat stages, and a lightweight bike like this for the mountains. 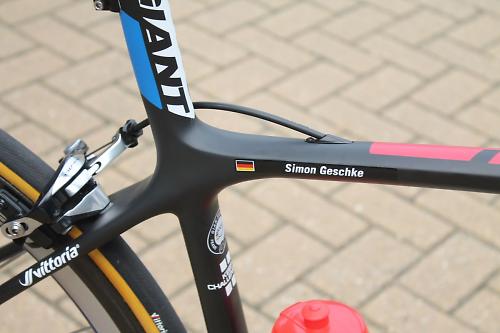 Giant says that the TCR Advanced SL, the flagship model in the TCR range, offers the best stiffness-to-weight performance of any bike in its class.

In order to improve that stiffness-to-weight ratio, Giant says that it has reduced the frame weight by 12% (181g) over the previous TCR Advanced SL.

The top tube, seat tube, integrated seatpost and seatstays are all slimmed down while the large down tube and bottom bracket have been revised to maintain pedalling stiffness. 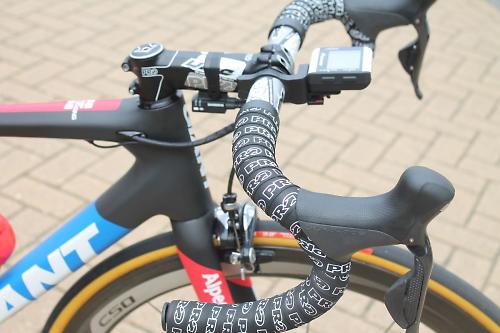 Giant claims that the new TCR Advanced SL frame weighs 856g (a painted/decaled production frame in a medium size) while the Advanced SL-Grade composite fork is 302g, 30g lighter than previously, resulting in its lightest road frameset ever.

Giant says that it tested the frame stiffness of the TCR Advanced SL against that of the bike’s key competitors – locking the frame at the rear dropout and applying a lateral force at the fork – and the TCR came out on top, 7% higher than any of them (these weren't independent tests).

We had the chance to take the bike out on a ride recently so you can read our initial thoughts on that too.

Like the majority of Tour de France teams, Giant-Alpecin use Shimano Dura-Ace Di2 groupsets. Geschke’s bike is fitted with a 53/39-tooth chainset. 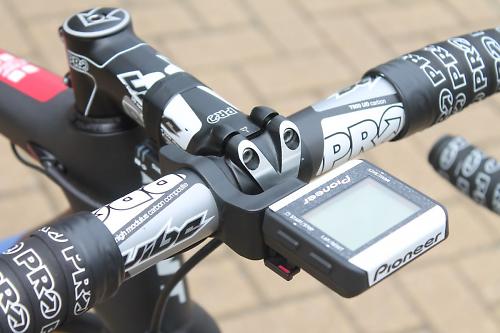 The handlebar and stem are from Shimano’s Pro sub-brand. That’s a Vibe stem made from unidirectional carbon-fibre and 7000 Series aluminium alloy, with titanium bolts. It's slammed down on top of the Fouriers headset. 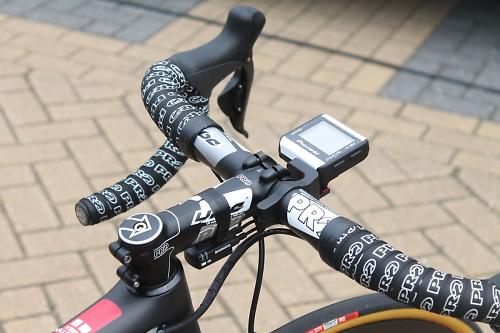 The handlebar is a Vibe too. Many pro riders like the stiffness of an aluminium bar but Geschke evidently prefers this T800 unidirectional carbon-fibre option. 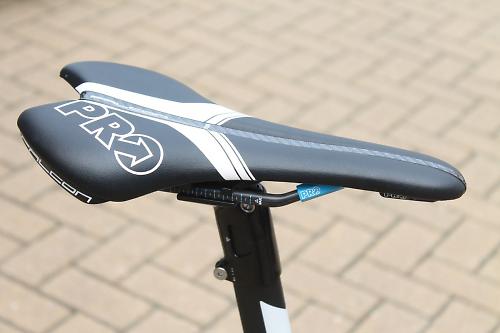 The saddle is another Pro item. This is the Falcon Carbon with a carbon-reinforced shell and carbon rails. It’s lightweight at 155g.

As you can see, it sits on top of an integrated seatpost (the seatpost is part of the frame, an extension of the seat tube). 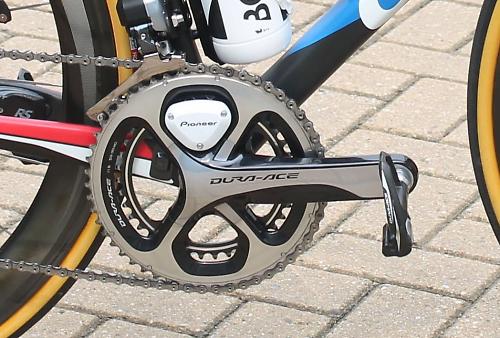 Giant-Alpecin use power meters from Pioneer. These work on dual strain gauges, one on each crank arm. You can see one of the magnets that the system requires stuck to the frame (it's visible through the largest opening in the chainset spider). 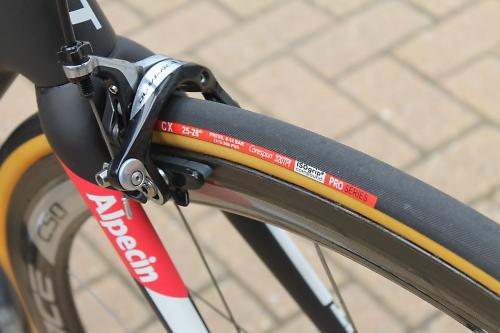 The wheels are Shimano’s Dura-Ace C50s which are super-popular in the pro-peloton. They’re fitted with Vittoria Corsa CX tyres in a 25mm width. That has become the default size for pro racers over the past few years.

The bike is fitted with Elite Custom Race bottle cages.

Check out the Giant Propel Advanced SL ridden by Geschke's teammate John Degenkolb. Unlike the TCR, it's designed with aerodynamics in mind.