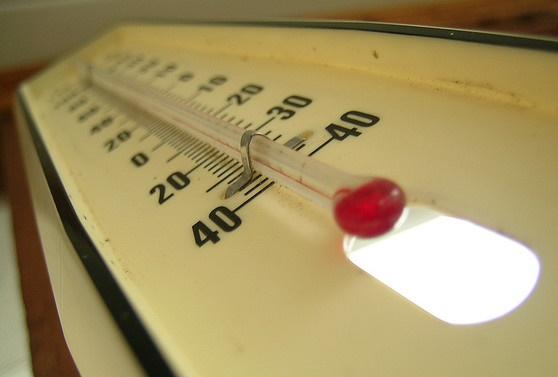 A young Hampshire cyclist has been injured after riding onto a section of road which had melted in last week’s heatwave. 11-year-old Joshua Sexton was left with a number of cuts and was covered in patches of melted road surface. A county councillor has explained that road surfaces must strike a balance between what works in hot weather and what can withstand extreme cold.

Joshua fell off his bike on a section of road in Yateley. His father, Stuart Finn, heard that the road had melted on Aylesham Way and assumes that his son’s wheel must have become stuck, causing him to fall. Get Hampshire reports that temperatures had topped 36 degrees.

“He goes out on his bike most days after school with his friends and normally he’s really good. We’ve never had anything like this before. He did all his cycling proficiency and said he was just riding along and came off.”

Finn said that Joshua arrived home with serious cuts to his face and covered in what looked like wet tar. “He was very upset. It’s quite nasty. It’s cut all his hands, damaged his bike and ruined his Bayern Munich football kit as well. No matter what detergent we use that tar is not coming out.”

Joshua also had to attend an open day at Yateley School the next day. “He had to go in looking like he’d done a few rounds with Mike Tyson,” said Finn. “I don’t think you can blame anyone though. The weather gets hot and things melt.”

David Simpson, county councillor for Yateley said that when it came to road surfaces, a balance had to be struck between what works in hot weather and what can withstand extreme cold.

“I’m sorry to hear about this accident. The recent weather will have meant road temperatures would have been in the 40s, if not 50 degrees Celcius.

“I’ve been advised by the team who look after the road that a question we often get asked is why do we not use bitumen that can cope with the hot temperatures like they do abroad, and the answer is we could in theory but in doing so it would mean the materials would be a lot more sensitive to cold weather.

“It would appear that we need to draw a balance that works in hot and cold weather and when we experience the extremes we will suffer.”

Aylesham Way was relaid at the end of last month and a spokesman for Hampshire County Council said that while it was unusual for new surface material to be affected by heat, the very high temperatures did cause the bitumen in the material to become sticky. “We resolved this by spreading a very small amount of aggregate on the surface, to be brushed away once dried.”

The BBC has previously reported that most roads in the UK that experience a reasonable amount of traffic will start softening at 50C. Although dark road surfaces absorb a lot of heat and can reach this temperature surprisingly often, it is rare that it results in accidents.

A greater hot weather threat to cyclists is perhaps dehydration. In 2013 a British student was hospitalised after falling 65 feet over a cliff during a cycling holiday in Croatia when temperatures hit 40C. It was believed that he had suffered hallucinations brought about by severe dehydration.