Watch the Tour, meet Mark Cavendish, win his bike AND ride from Brussels to London
by Tony Farrelly

Now this sounds like a day to remember: travel to Brussels, watch the finish of Stage 1 of this year's Tour de France, meet Mark Cavendish, who could well win it, then ride back to London with 300 amigos.… and it's all for a good cause, the Right to Play charity to be exact. Oh, and one lucky person also gets to go home with the bike Mark Cavendish rode to stage wins in last year's Tour de France.

Right to Play are Team Columbia HTC's official charity partner which is why they've been offered such an amazing level of access to the team and its star rider during the most important race of the year they are offering 300 riders the chance to join them at the Tour in Brussels and then to spend three days riding back to London covering some of the route of the Tour of Flanders and of the 2008 Tour de France taking in Gent, Bruges riding across northern Belgium and France and ending up with a grandstand finish in London's Greenwich Park. 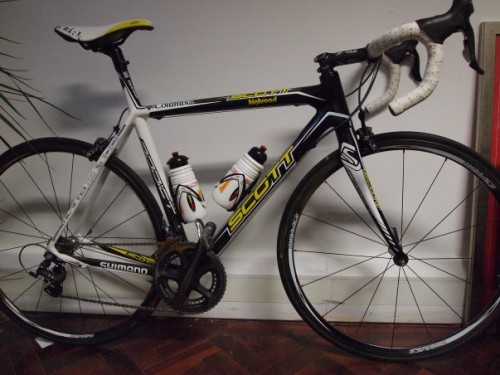 All 300 riders taking part in the ride will be entered into a competition to win the bike Mark Cavendish rode in last year's Tour de France - that's a 1 in 300 chance of owning a bike worth thousands on top of experiencing a great ride, meeting a great rider and supporting a great charity. All 300 riders need to raise £1000 in sponsorship - you can pay the money in installments.

To take part simply register for the ride on the  Right to Play website you can also click through on the button on our homepage - registering costs between £100 to £150  depending on how you are going to get to the ride.

There's more… We think Right to Play are doing some really worthwhile work which is why we'll be following the progress of the ride and the rider's preparations. AND the first 20 riders to register for the event from road.cc will get to ride it as a road.cc team.

Right to Play use sport and play to help improve the lives of 720,000 children in 23 countries each week to raise awareness of health issues such as HIV AIDS and malaria prevention; to promote peace and tolerance; and to give children the life skills and confidence necessary to make the most of their lives. Does that sound like something worth supporting? We think it does.

1
Chef grabs hammer during road rage argument with 17-year-old riding side by side with dad
2
BMX racer Connor Fields out of ICU after suffering brain bleed in horror crash at Tokyo Olympics
3
Parish council calls in police to oversee bike rack installation amid protest fears
4
TalkRadio slammed for holding poll asking 'Are cyclists a danger on the road?'
5
Near Miss of the Day 618: Morrisons lorry driver in close pass on two cyclists (includes swearing)
6
German Olympic cycling coach caught on TV making racist comment during men’s time trial
7
Near Miss of the Day 619: Close pass followed by punishment pass gets driver a “stern talking to” from the police – and nothing more
8
Cyclist who killed London pedestrian jailed for two years