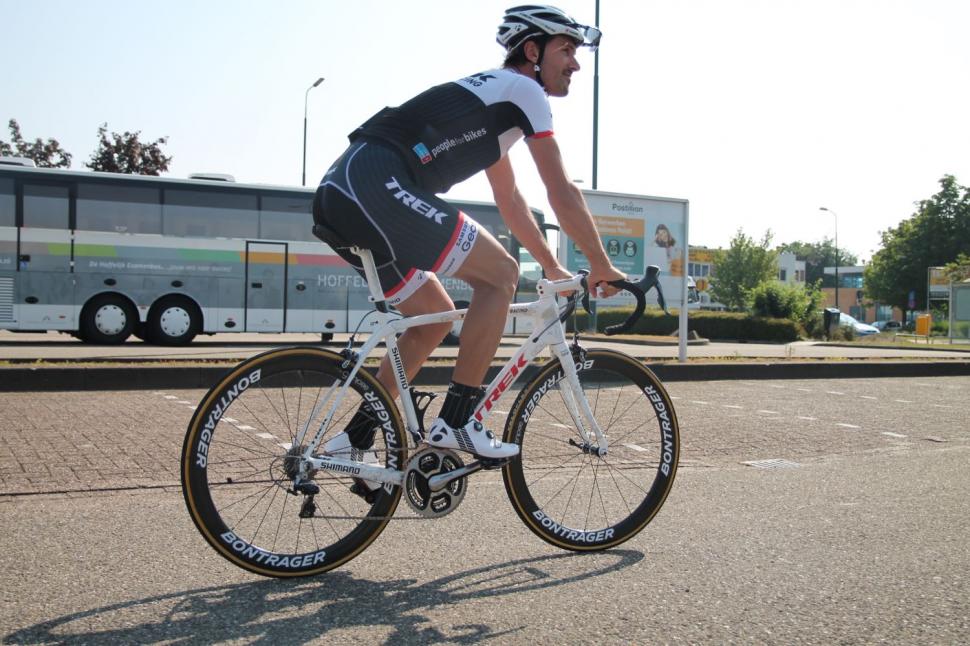 Here are the Trek Domane (main pic) and Speed Concept (way down below) bikes that Fabian Cancellara has ridden on his way to securing the yellow jersey in the Tour de France. As has become customary, the Swiss rider will now ride a yellow bike while he holds the race lead. 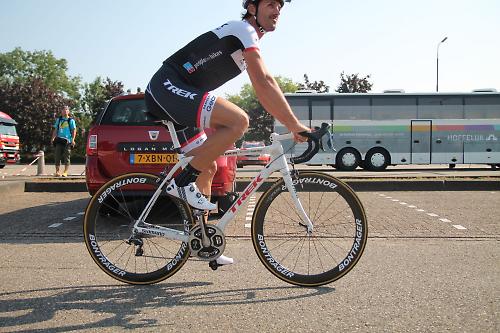 We spotted Cancellara heading out on a training ride aboard the Domane in Utrecht last Friday.

Most of the Trek Factory Racing riders race aboard either the Trek Madone or the Emonda for normal road stages, saving the Domane for days that involve cobbles. However, Cancellara spends a lot more time aboard his Domane. 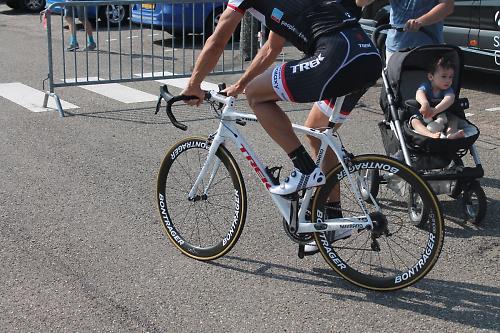 The key feature of the Domane is its IsoSpeed decoupler. This design allows the seat tube to move independently of the rest of the frame, the idea being to add more comfort to the ride.

Here’s how Trek explains the system:

Trek Factory Racing riders use Shimano Dura-Ace groupsets, but Cancellara opts for the mechanical version rather than going for Di2 electronic shifting. He's very unusual in making that choice; virtually all the other Shimano users in the pro peloton favour Di2.

The team use Bontrager wheels. This bike is built up with Aeolus 5s fitted with Veloflex tubular tyres.

Cancellara’s usual Domane is painted up in a Spartacus theme – Spartacus being his nickname – hence a helmet depicted on the head tube and various other motifs decorating the rest of the frame and fork. 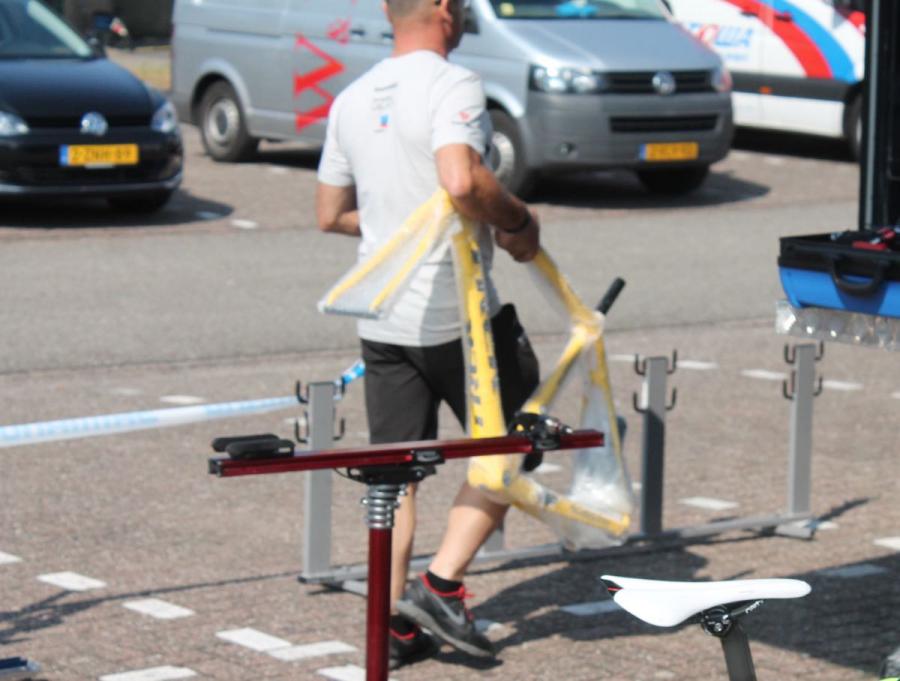 We spotted a yellow frame lurking inside one of the Trek Factory Racing vehicles the other day before it was hurriedly hidden away, and speculated that it was a Domane painted up just in case Cancellara managed to secure the race lead. 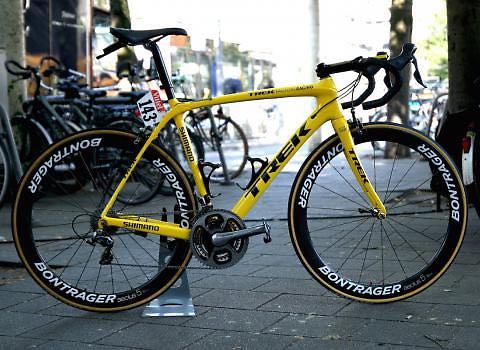 It looks like that was the case because here’s the bike built up and ready to go. As you can see, it’s again fitted with the mechanical version of Dura-Ace. 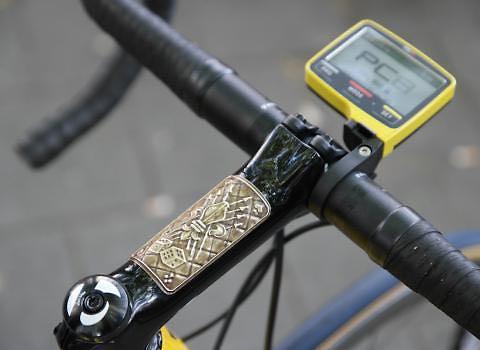 The stem is adorned with Cancellara’s own little plate that features a fleur de lis and dice with the upper faces adding up to seven. Cancellara considers this to be his lucky number. 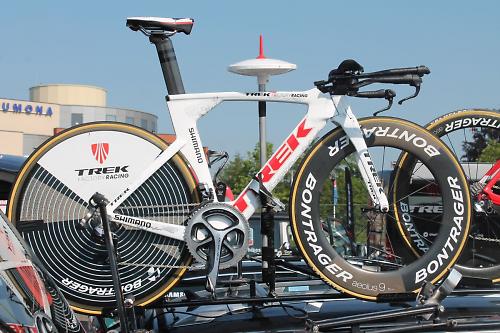 This is Cancellara’s Speed Concept TT bike with a similar paint scheme. He uses Di2 components on this bike so he can change gear both from the ends of the aero bars when he is seated and from the base bar when he is riding out of the saddle.

That’s a 56-tooth outer chainring that he has on there, along with super-long 177.5mm cranks. 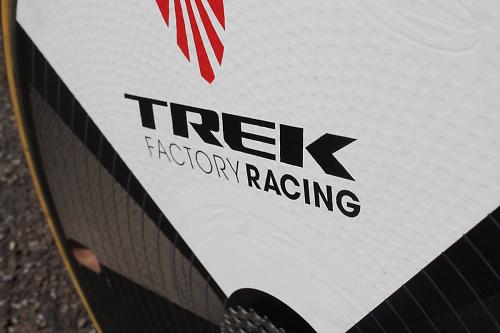 That front wheel is a Bontrager Aeolus 9 but the rear wheel isn’t all that it seems. It might be logoed up as a Bontrager but it is actually from Zipp. They’re so sneaky!

The saddle looks like the new Prologo TGale that we told you about last week.