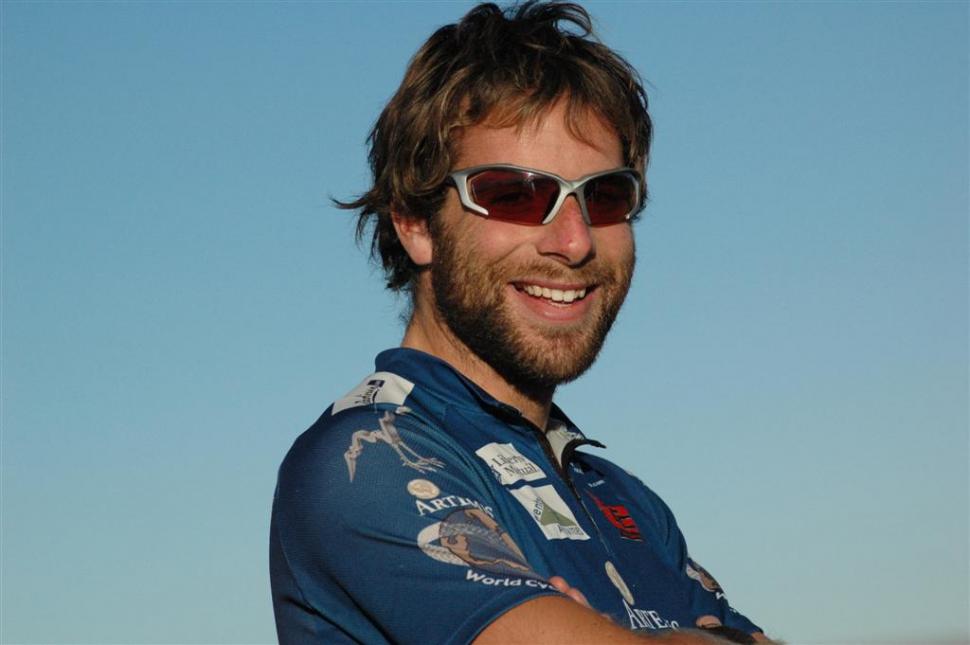 Mark Beaumont off on his travels again with UK theatre tour

Record-breaking long-distance cyclist Mark Beaumont is off on his travels again – but this time he’s driving rather than using his bike, as he undertakes a 38-date tour of the UK to recount his experiences.

Meanwhile, next week, BBC One begins airing the documentary of the 27-year-old Scot’s latest epic ride along the Rockies and Andes mountain ranges.

Called The Man Who Cycled The Americas, the first episode airs on Tuesday 23 March at 10.35pm (check local schedules for Wales and Northern Ireland screening times, which will differ), and a preview clip is available on the cyclist’s BBC blog, which will also show exclusive footage after each episode airs.

During his journey, Beaumont cycled more than 13,000 miles from Alaska to Tierra del Fuego, and also climbed the highest peaks in North and South America, Mount McKinley and Aconcagua.

Beaumont’s tour of Britain’s theatres with his show The Man Who Cycled The World covers his earlier long-distance ride, which saw him shatter the world record for the fastest circumnavigation of the globe by bicycle.

The tour got under way last night in Durham, and continues this evening in Chesterfield, and his itinerary will see him travel the length and breadth of the country with the final show in Weston-Super-Mare on 19 May, with full details of the itinerary appearing on his website.