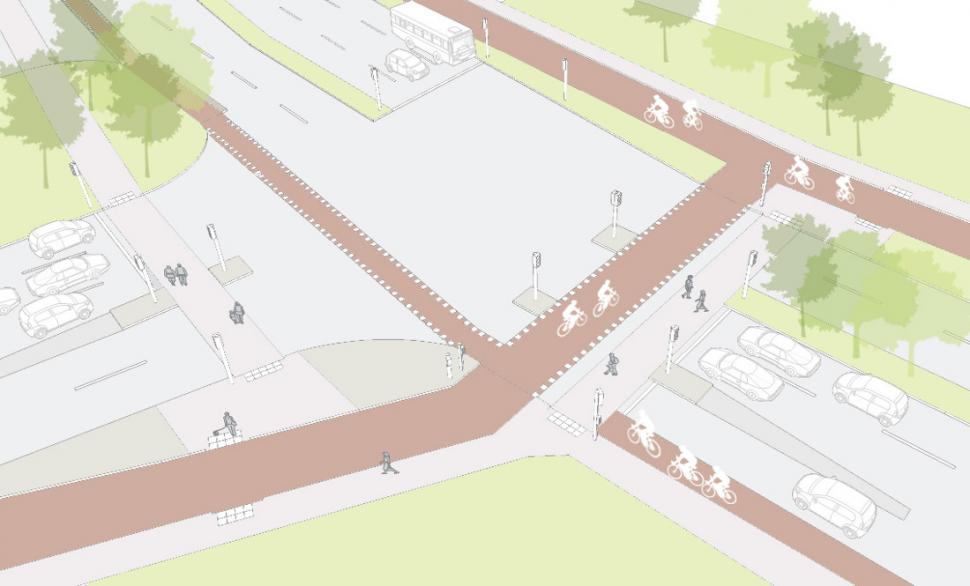 Radical plans to transform a dangerous motorway-style roundabout in East London so cyclists can cross it without coming into conflict with motor traffic could become a beacon for other UK councils to follow, say campaigners.

Designs released for consultation, for Whipps Cross roundabout in Waltham Forest, East London, show the transformation of a junction that one local councillor describes as "horrendous", and having "no place in 21st century London". Plans show the roundabout changed to a T-junction with wide, two-way segregated cycle route across the junction with a new bus hub, play ground, pond and public space.

In 2013 Waltham Forest became one of three outer London boroughs awarded £30m each by the Mayor's Mini Holland fund, to introduce widespread Dutch-style local improvements for walking and cycling.  Whipps Cross is the first part of one of the scheme's flagship projects, the 2.5 mile Lea Bridge Road cycle superhighway, which will, it is hoped, transform the borough's most dangerous road into a people and cycle-friendly street.

Councillor Clyde Loakes, Deputy Leader of Waltham Forest Council, said: "Whipps Cross roundabout is a major entry point into the borough and is the start of Lea Bridge Road from the northern end; it is a horrendous roundabout for cyclists and for pedestrians, it acts as a real barrier to a big chunk of the borough, and to Epping Forest that sits on the doorstep, and it really has no place in a 21st century London."

"It is just really bad and poor infrastructure and enables motorised vehicles to hit it at great speed and as a cyclist you take your life into your own hands every time you go around it."

Loakes says the plans will help tackle a "ticking obesity time bomb" in the borough and improve air quality.

He said: "The leaders of the council are prepared to have the political rows, but we are doing the right things for the right reasons - this isn't about Lycra clad people, this is about enabling little kids to ride, walk, scoot to school safer if they want to; this is creating that space so that people don't drop their kids off to school by car for a 2km journey, contributing 20% of the traffic on the roads." 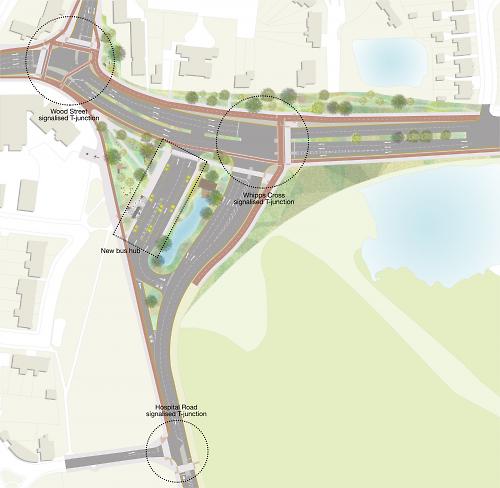 Loakes says early on the council learned it can't just be about cyclists but must include pedestrians to persuade local people to support the scheme. He also praised the local cycle campaign, whom he refers to as an essential part of the team whose engagement and criticism have helped make the scheme happen.

"Under the current consultation designs, if you are a cyclist going through Whipps Cross at no time will you be sharing your space with a tipper truck or bus; at no point will you be in conflict with vehicles or exposed to left hooks."

" As a statement of intent it is huge, and as a first step on the Lea Bridge Road scheme it is huge."

He said: "This is a council that is making huge steps in a really good way to make things safer for people to walk and cycle. It is a rare moment where the council's vision has been inventive and brave and they are on the same side as us." 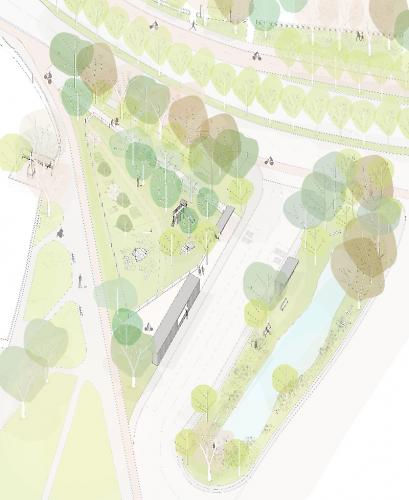 "It makes me very proud to be involved in this. My hope and belief is that the Waltham Forest Mini Holland scheme allows two things: I hope it turns Waltham Forest into a much better place to cycle, making cycling look, feel and be safer, but also to stand as a beacon for what can be done."

"I can only hope that another borough or other bit of the UK look at what we are doing and better us."

Campaigners encourage anyone who rides through, or lives or works in or near the area to respond to the consultation.