It’s no secret that Specialized has been set to release an update of its Venge aero road bike, with both Mark Cavendish and Peter Sagan spotted riding an unusual and unfamiliar looking bike at the Tour de Suisse recently, in preparation for the Tour de France starting next weekend. This week, though, Specialized has officially unveiled the new Venge ViAS, which the US company proudly declares is 120 seconds faster over 40km than a Tarmac SL4.

The new Venge ViAS is the first bike to be developed in Specialized's own wind tunnel (it calls it the Win Tunnel). It doesn’t appear to have much in common with the previous Venge, with a completely new front end and a smaller rear triangle; the seat stays now meet the seat tube well below the top tube, a result of every “tube shape and trailing edge” being scrutinised to make the new bike faster.

How fast? Well Specialized set the lofty target of making the new Venge as fast as its own time trial bike, the Shiv.

“It’s always about speed,” says Chris Yu, from Specialized's Aero R&D. “How can we make the bike faster? So when we set out to design the new Venge, we told ourselves it wouldn’t be worth it if we didn’t hit a pretty aggressive target, and that target was to be as fast as our own time trial bike.” 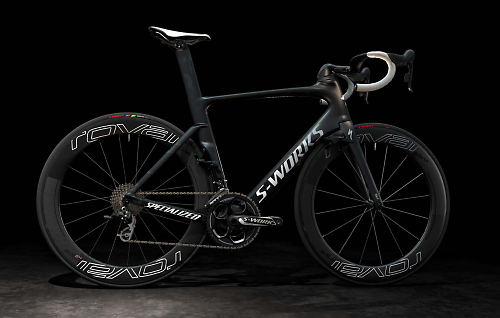 Let’s go through some of the key details then. The big talking point are the brakes. Specialized is calling them Zero-Drag Brakes and they are proprietary integrated brake calipers which, it claims, create a “near-zero drag coefficient.” Specialized says the front brake completes the fork’s trailing edge, while the rear brake drafts off the seat tube and water bottle mount. 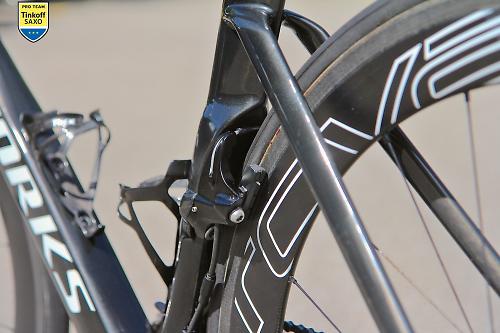 The brakes are located in positions of minimum wheel deflection, it claims, to eliminate the potential for brake rub during sprint efforts and provide better braking performance, something of an Achilles heel for many aero road bikes. Our bet is that it's partly down to feedback from Mark Cavendish and Peter Sagan, both capable of causing enough flex to produce brake rub, the last thing you want when sprinting for the finish line in a race. 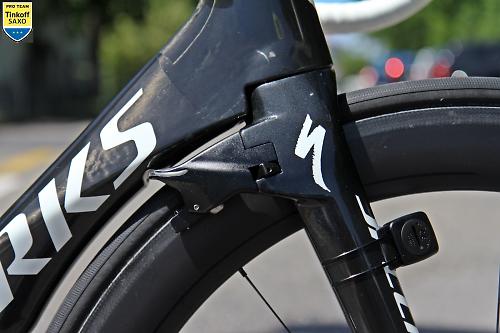 Integration has been a popular buzzword in road cycling over the last few years, especially when it comes to aerodynamics. If you’re trying to design a bicycle to be as aerodynamic as possible, it makes sense to consider the bike as a package.

“We designed it from the ground up, taking into account every last component, designed to work together as one, so it’s the most cohesive package that I’ve ever seen,” adds Chris Yu. So Specialized has designed a new handlebar, stem and wheelset for the new Venge. With the new bar and stem, called the Aerofly ViAS cockpit, the cables are 10 per cent internally routed. They pass through the new handlebar and into the stem, with a series of special spacers with cable guides routing the cables from the stem into the frame. The new stem is only available in a -17 degree option to “provide the optimal aerodynamic profile”, but the Aerofly handlebar will be available in a flat or 25mm rise option so racers can get the right fit and position. It has also developed a custom Garmin Edge mount and the Shimano Di2 junction box is concealed within the handlebar.

Specialized has also sought to improve the handling and has increased the lateral rigidity of the fork by 30 per cent, while keeping the frontal surface area to a minimum. The frame also uses the Rider-First Engineered technology that ensures each frame size is fully optimised for different height cyclists, as first debuted on its latest Tarmac last year. 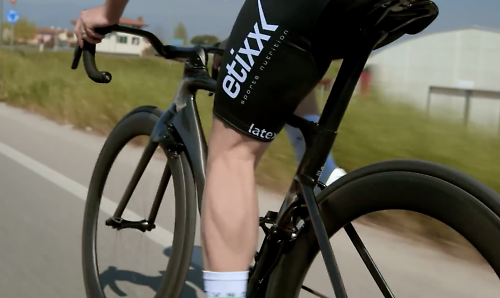 Specialized has also developed new CLX 64 wheels which, when used with its S-Works Turbo tyres, it claims is the “fastest road wheel/tyre system [it has] ever developed.”

The new CLX 64 is a carbon fibre clincher wheelset with a 64mm depth and 21mm internal rim width, and a profile optimised for head and crosswinds. The rim is tubeless-ready too. The hub shapes have been optimised in the wind tunnel and are packaged with DT Swiss 240 internals using CeramicSpeed bearings. The wheels are built with butted and bladed spokes. 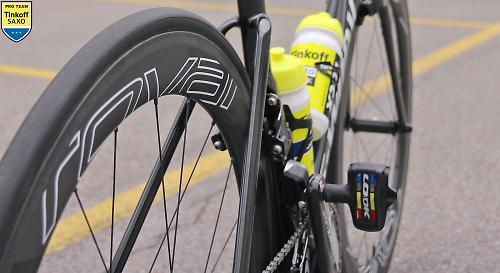 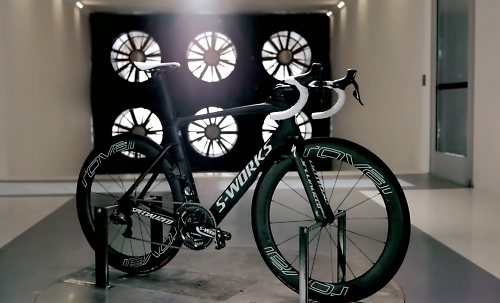 The new Venge ViAS looks to be a hit with Peter Sagan, who punted the new bike first over the line in stage six of the Tour de Suisse, the maiden win for the new bike.

“I’m excited to bring my new Venge to the Tour," he says. "I rode it for the first time in Tour de Suisse and I won a stage on it on the first day. I guess you don’t get a better start with a new bike than that. Of course numbers are important but that is the work of the engineers - for me the ultimate test comes when I’m on the bike. How does it feel and is it a winning bike? It looks great and I have already won on it, so it will be great to have at the Tour." 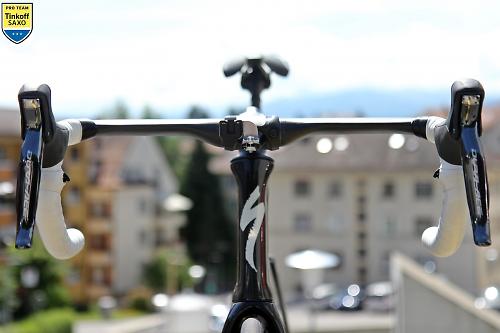 A dream debut for Specialized then. The new Venge ViAS is expecting to ship in August 2015, and we’ll have more details on pricing and models soon.