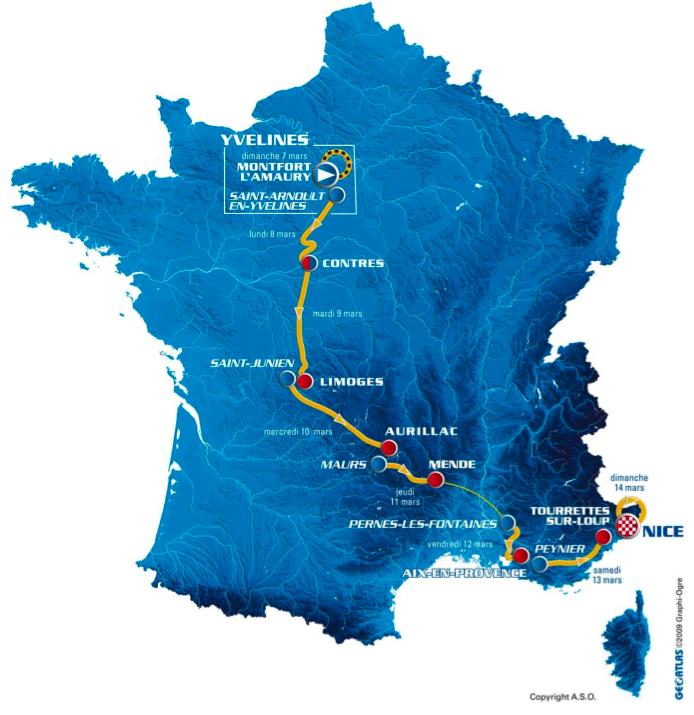 Boom starts Paris-Nice with a bang

Rabobank rider takes Prologue ahead of Voigt, with Leipheimer and Contador third and fourth
by Simon_MacMichael

Lars Boom of Rabobank was the surprise winner of the Prologue of Paris-Nice in Montfort L’Amaury this afternoon as the continental road racing season began in earnest with 2010’s first major European stage race.

The 24-year-old Dutchman, a former World Cyclo-Cross and Under-23 World Time Trial Champion riding a Shimano Di2 equipped Giant Trinity Advanced SL, set a time of 10 minutes 56 seconds on the eight-kilometre course which the likes of Team RadioShack’s Levi Leipheimer and Astana’s Alberto Contador, both of whom finished six seconds down in third and fourth place respectively, proved unable to match.

The penultimate rider on the eight kilometre course, Jens Voigt of Team Saxo Bank, back after the crash on the Petit Col du St-Bernard that put him in hospital with concussion and a fractured cheekbone during Stage 16 of last year’s Tour de France, came in second, three seconds down.

The leading British rider, David Millar of Garmin-Transitions, finished seventh, 11 seconds behind Boom, while defending champion, Luis Leon Sanchez of Caisse d’Epargne, was one second behind him in eighth position.

One of the big losers today was Voigt’s Team Saxo Bank colleague, Frank Schleck, who finished 48 seconds behind the winner.

Tomorrow, the race, which runs until next Sunday, follows a 201.5-kilomtere route from Saint-Arnoult-en-Yvelines to Contres, a little way east of the Loire Valley city of Tours.