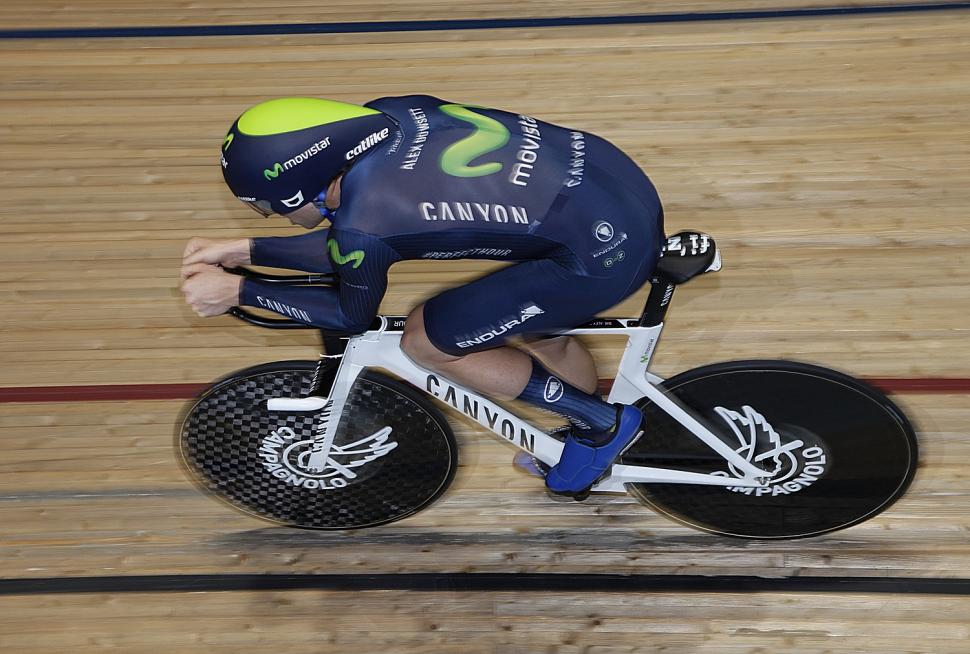 Alex Dowsett is keen to regain the Hour record after Sir Bradley Wiggins covered 54.526km to set a new benchmark this weekend. Speaking to the BBC, Dowsett said that while he didn’t yet have a date in mind, he was certain he could improve on his previous effort and would like give the Hour another try at some point in the future.

A lot of commentators felt that Bradley Wiggins was ideally suited to an Hour record attempt, but Dowsett too feels he has the right attributes and the 26-year-old also points out that, unlike Wiggins, he has time on his side. "It is right up my street as a time trialist with a track background. I would like to go back and see what I am capable of, whether that be next year or in eight years' time."

"Personally I would love to see Fabian [Cancellara] and Tony [Martin] have a go at it. They don't have the track pedigree to have a go at it, but I wouldn’t discount Alex. I would think Alex will have a look at that and consider his options. Alex, very much like me, will go away and do his homework and, if he thinks it is possible, he will have a go at it.

“But to be honest, Alex, the age he is at, he has probably got another eight years to have a go at this. Maybe not in the immediate future, but certainly in the next eight-odd years. Fabian and Tony are running out of time, probably."

Steve Collins, a member of Dowsett's Hour record trackside team, said he felt that British Cycling preferred Wiggins to Dowsett, helping to design parts of the former’s bike and getting involved in other ways.

Speaking to BBC Essex, he said:

"One of the sad bits about it was that Bradley's bike wasn't in production. He also had the help of British Cycling which, well, is not allowed. It was a bit strange to see British Cycling, like Shane Sutton, getting so involved last night when he doesn't work for Team Wiggins, I'm not sure how that's allowed.”

Referring to Wiggins’ bike, he said: "For attempts like that it should all be production available so you can buy it off the shelf. You can't get 3D-printed handlebars moulded to your own arms to make it easier for your own attempt."

Dowsett could perhaps be forgiven for harbouring similar thoughts, but he said it wasn’t a concern. “I had massive support from my team and sponsors, so it was not something that crossed my mind. I had more than enough support from my own team.”