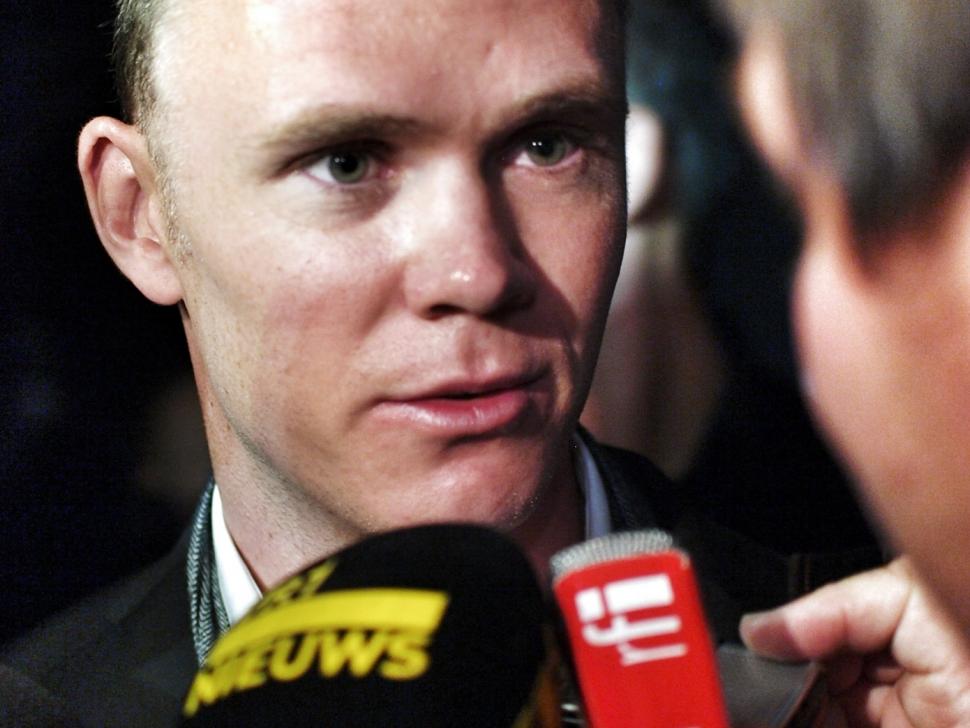 Chris Froome says he is happy with the increased frequency of out of competition dope testing on Tenerife this season, having only been tested there once in the previous three years. “It was something I really felt I needed to draw attention to,” he said. “I felt the authorities could have been doing more.”

Last year, Froome, Alberto Contador and Vincenzo Nibali were all based at altitude on Mount Teide when the British rider tweeted: “Three major TDF contenders staying on Mt Teide and no out of competition tests for the past 2 weeks – very disappointing.”

However, the Cycling Anti-Doping Foundation arrived to carry out tests while he was being interviewed by The Telegraph recently and the Sky rider said it was the second time they had visited during his 10-day stay.

“We had been coming up here for three years, two or three times a year, and we had only been tested once.

“Also, asking around the other teams who had been up here, they hadn’t been tested either. Whenever we went to the races, one of the first questions journalists would ask was, ‘You were up in Tenerife which obviously has a bad reputation in the past. Were you tested?’ We could only say, ‘No, we weren’t’, which just doesn’t look good.

“I just wanted to be able to say, ‘Yes we were up there, yes we were tested, the results are there, nothing to worry about’. I also wanted to know that all our competition is being tested, especially with so many teams using Tenerife as a training hub at those critical times of the year. You think that would be one of the times testing should be at its highest.”

Froome will be pitted against Nibali, last year’s Tour winner, in the Critérium du Dauphiné this coming week, but he seems to regard Contador, who recently won the Giro d’Italia, as his main rival for the Tour de France. “He’s got an amazing Grand Tour résumé. I can’t write off guys like Nibali, Quintana, Valverde, but Contador does stand out. He is the benchmark, the guy to beat.”

One of the keys to achieving this is maintaining a low weight and Froome, who is 6ft 1in, is currently just 10st 6lbs, down from 11st 5lb in winter.

“To be there in the high mountain stages, it is absolutely critical to have my weight where I need it. I’m pretty much there. You do feel amazing. It feels so much easier on the climbs. I’ve never got to the point where I start feeling weak. Your body feels so responsive. Anything you eat, you have a banana, and feel the sugars it gives you. Because you don’t have massive stores, it’s a hand-to-mouth place you get to.”

Recovery will also be vital and Sir Dave Brailsford has told Sky Sports that he anticipates that Froome will use the much-maligned motor home which was first put into use during Richie Porte’s aborted Giro bid.

Describing Porte as the guinea pig, Brailsford said that here had been ‘more positives than negatives’ from the experiment in which the team leader often didn’t use the hotel, but instead slept in a Team Sky Winnebago-style truck. He claims that not having to pack and unpack in hotels every night brings a very real benefit.

"We worked out how much time it would save us if we did not do that and it worked out nearly a day, about 21 to 22 hours on our team bus. Instead you can sleep in the same bed and create a better environment for recovery.”

1
Car wing mirrors studded with spikes reported to Greater Manchester Police
2
Reaction as Transport for London pauses See their Side ad campaign following backlash
3
Cyclist shot by hunter who says he mistook him for a rabbit
4
Road rage driver who rammed and killed cyclist and then boasted about it jailed for 10 years
5
Five cool things coming soon from Black Inc, Met, Koo, 7mesh and Moon
6
Transport for London slammed for “victim-blaming” road safety ad (+ video)
7
Are world leaders "delusional" when it comes to active travel? COP26 discussed, plus how to layer up for winter riding on episode 12 of the road.cc Podcast
8
Cyclist who broke motorist’s jaw cleared of assault – because of driver’s close pass