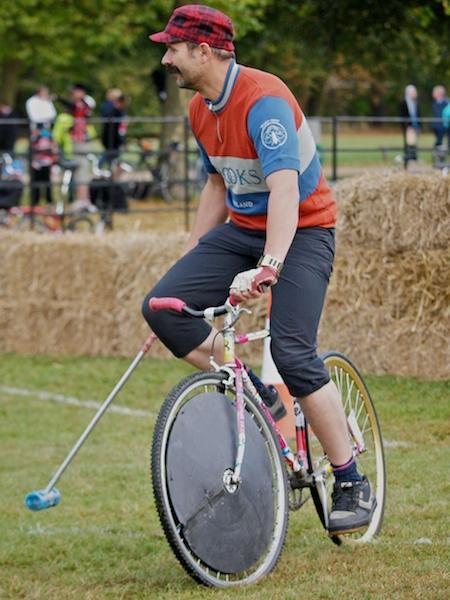 Catch some Bike polo or cycle between gigs at celebration of capital's cultural diversity...
by Simon_MacMichael

Cycling is set to take a centre-stage role in London’s East Festival, which starts this Friday, with bike polo and a the Cycle East series of concerts, in which people are encouraged to use bikes to hop between venues, among the featured attractions.

Each artist plays three sets, starting at 2pm, 4pm and 6pm, meaning that you can visit the venues in whichever order you please, with guided rides taking cyclists between the concerts.

East London is, of course, the UK spiritual home of bike polo, with no fewer than 17 teams now competing in the London Bike Polo League, although the sport dates back to the 1890s when it was dream up by a retired cyclist in County Wicklow, Ireland.

On Saturday, Spitalfields Market hosts a bike polo demonstration tournament to tie in with the East Commonwealth Games – bike polo is a big thing in India, hence its inclusion as one of the sports connected to India being showcased at the festival ahead of this year’s Commonwealth Games, which take place in Delhi.

Other events that will be featured along with bike polo at Spitalfields Market on Saturday are Kabbadi, which dates back a mere 4,000 years and is said to combine wrestling with rugby – although from the write-up on the Spitalfields wesite, British Bulldog also springs to mind – and the board game, Carrom.

The magazine Time Out has produced a full guide to the festival, which gives details of these and other events, and you can download a copy here.