Dijon-based bicycle manufacturer Lapierre has put its flagship race bikes on a diet for 2016, with the launch of the redesigned Xelius SL and lighter Aircode SL models unveiled at a launch event in the beautiful Le Rozier village in the Languedoc-Roussillon region of France early last week.

Lapierre has made the most of its 14-year ongoing sponsorship of the FDJ.fr professional team and used them to help develop these new bikes. The design process for the two new bikes started with establishing the requirements of the team, finding out what they wanted from the bikes, before setting about developing and testing the new bikes in the lab and then on the road.

The new bikes have already been spotted between the legs of some racers on the FDJ.fr professional team, so if you’ve been watching closely you might have glimpsed one of these new bikes already.

Let’s start with the Xelius SL, because it’s the bike that has had the most significant update of the two new models. This is the go-to race bike when weight and stiffness are the most important criteria, ideal for climbing. Changes to the tube profiles and carbon layup have reduced the frame weight, for a 54cm, to a claimed 850g. 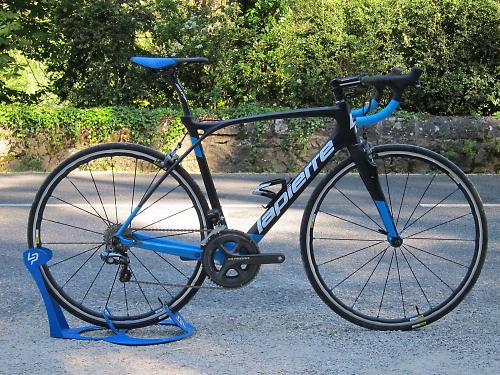 The most radical solution to achieving the lower weight over the previous frame is the way the seat stays wrap around the seat tube, without touching it, and terminate at the top tube. There’s a hint of GT’s iconic Triple Triangle about it, but there’s well thought out engineering reasoning behind the design. 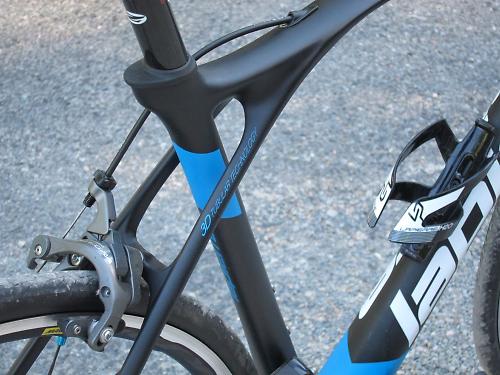 Lapierre engineer Rémi Gribaudo (one of seven engineers working on these new bikes) told us the design was a solution to the desire to reduce frame weight, and particular weight in the top half of the frame. By extending the seat stays all the way up to the top tube, less material is needed to reinforce the conventional seat stay and seat tube junction design of the previous Xelius. The seat stays aren’t attached to the seat tube at all, instead flowing smoothly into the top tube. Comfort (the seat tube visibly flexes when weight is applied through the saddle) wasn’t a consideration in the design process but a desirable side benefit of the design. Another interesting development of the new Xelius SL has been the desire to lower the centre of gravity. By removing as much weight from the top half of the frame as possible, and the development of its Trap Door Technology (TPT) which locates the Shimano Di2 battery in the belly of the down tube in a special compartment, rather than in the seatpost, Lapierre reckons that handling, whether it's climbing out of the saddle or railing turns, has been improved. They tested the bike on a treadmill and the feedback from the team is that the new Xelius SL is a more responsive handling bike. The Xelius SL also features a fork with a recessed section for the direct-mount front brake to sit in, a design feature borrowed from the Aircode SL. It's a regular dual pivot rear brake caliper. Other details worth mentioning include the full internal cable routing, 27.2mm seatpost, integrated seat clamp and tapered head tube. There are now six frame sizes as opposed to five last year. 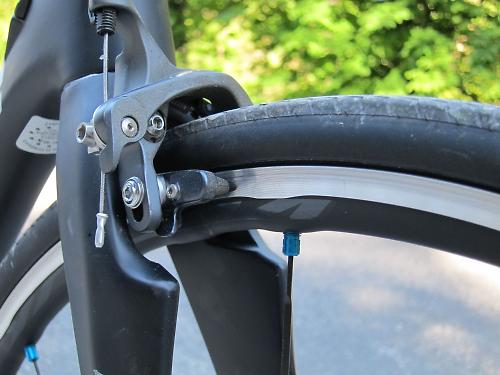 Save for 3mm shorter chainstays (now 405mm) the geometry of the Xelius SL is identical to the previous incarnation. As a bike developed for a race team, the geometry chart shows very aggressive numbers, as you’d expect. The Xelius SL will be available in three builds (Shimano 105, Ultegra and Ultegra Di2) and the Ultimate custom programme will allow a plethora of specification changes. Lapierre hasn’t confirmed UK prices yet, and availability is expected to be July.

The Aircode SL has undergone a less dramatic update than the new Xelius SL. It retains the same frame shape and styling of the first Aircode which was only released a year ago, but it has undergone a bit of weight loss - the frame is 90g lighter and the new fork saves 20g, making frame weight 960g for a size 54cm. Despite this weight loss, there has been no drop in frame stiffness according to Lapierre. 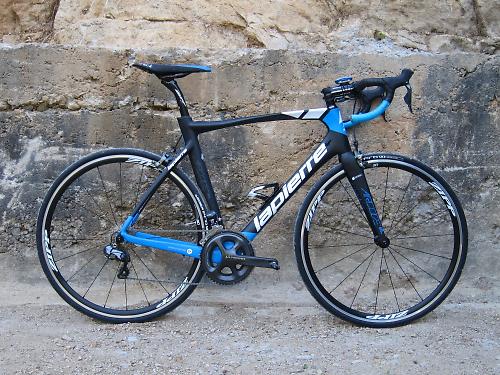 Aero road bikes used to carry quite a weight penalty compared with regular road bikes, but that gap has been narrowing all the time. Lapierre wanted to get the weight of the new Aircode SL closer to its Xelius SL for the primary reason that it would be easier for the FDJ.fr pros to choose between the two models. While 110g will still concern the weight weenies, for many racers it's a small enough difference that making the decision to ride the aero bike might now be a bit easier. 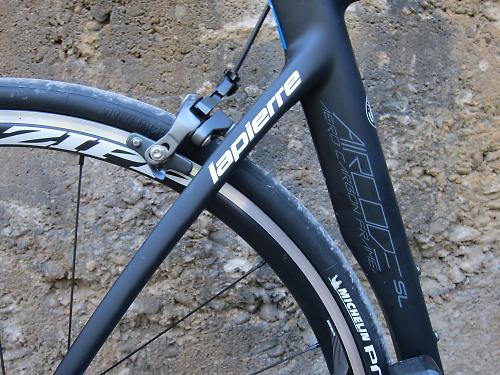 To achieve the weight loss Lapierre has modified the layup of the carbon fibres. It uses a combination of 30, 38 and 40 ton modulus carbon fibre and has reduced the number of layers used in the head tube, while in the seat tube the layers are now shorter, to help lower the weight. 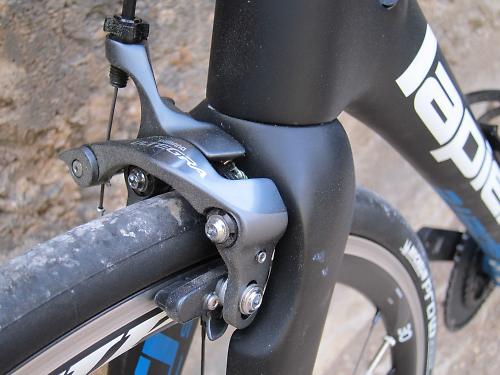 The updated Aircode SL retains the same aerodynamic tube profiles as its predecessor. The down tube and seat tube use a kamm tail profile (a teardrop with a chopped tail), there’s an integrated seat clamp and all cable routing is internal. Unusually, it has a round seatpost rather than an aero post. 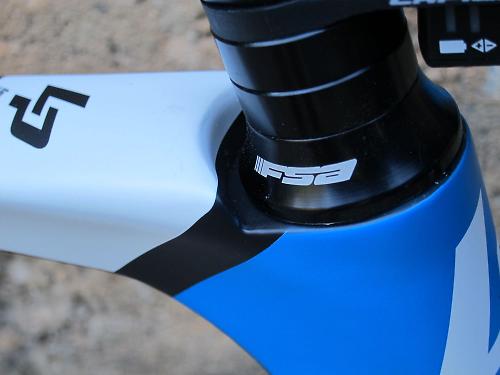 Lapierre has developed PowerBox technology for the Aircode SL, which comprises the lower half of the frame being built to be as stiff as possible, while the top half of the frame is designed to provide comfort. This is a common design direction we’re seeing on many top-end road race frames as manufacturers look to best balance the demands of stiffness and comfort. Lapierre has used a direct-mount front brake caliper and it's recessed into the fork blades. There’s a regular dual pivot rear brake caliper and it’s mounted on the seat stays now, rather than under the chainstays as last year. Like the Xelius, there will be three complete Shimano builds to choose from, but prices haven’t been confirmed yet. I had the opportunity to put the two new bikes through their paces while in France for the launch event and you’ll be able to read my first ride impressions soon. For now hit up www.lapierre-bikes.co.uk for more info.