A little while ago, before Paris-Roubaix, Pinarello unveiled its latest creation, the Dogma K8-S, which brought back soft tail technology not seen since the 90s and wrapped it up in a frame based on the regular Dogma F8 as ridden by Team Sky.

In this video that has just been released, Pinarello provides a very detailed explanation of the inner workings of the suspension component of the new frame, and its testing and manufacturing development. Pinarello reckon the new bike can bolster performance over rough terrain by 4.6 per cent, and improve rider comfort by as much as 50 per cent.

“Today, our knowledge of carbon fibre, and in partnership with Jaguar, has allowed us to introduce the first lightweight full suspension road bike,” says Pinarello’s Fausto Pinarello at the beginning of the video.

The key part of the new K8-S is the small suspension unit located at the top of the seat stays. It’s composed of two parts, a piston and an elastomer bumper, which dampens the vibrations. The elastomer can be swapped out for a softer or firmer type depending on rider weight. There are also ferrules at the top of the main unit which can be used preload the elastomer to make it firmer if needed.

Elastomers were commonplace on early mountain bike suspension forks, before air and coil dampers developed enough to make elastomers a thing of the past. A good thing because in those early applications, they weren't much cop, and were affected by temperature and didn't provide much in the way of damping. 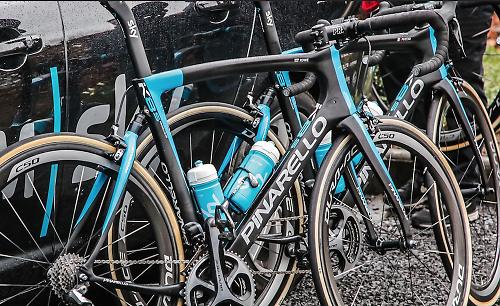 There are no pivots in the frame. Instead, Pinarello has developed chain stays that are much flatter and wider towards the dropouts, and seat stays with a double curvature, that together provide the necessary vertical deflection for the suspension to work. 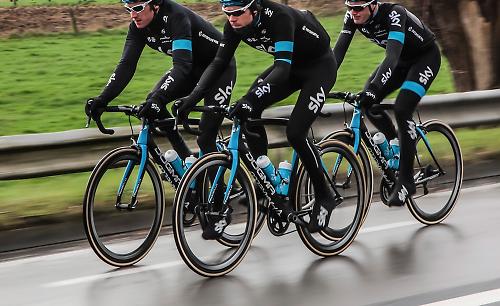 Pinarello recognises the idea isn’t a new one, but the Italian reckons no one has been able to package the technology into a road bike while maintaining all the essential stiffness, weight and handling credentials of a regular race bike, in the way it has managed. 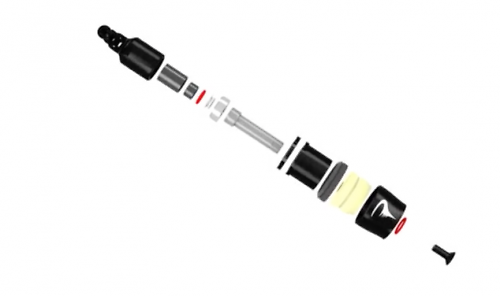 That’s not all. Pinarello has also developed a new seatpost. It mirrors the aerodynamic shape of the regular Dogma F8’s seat post with the same aero cross-section, but has a modified shape that it claims provides 40% more absorption of vertical forces. 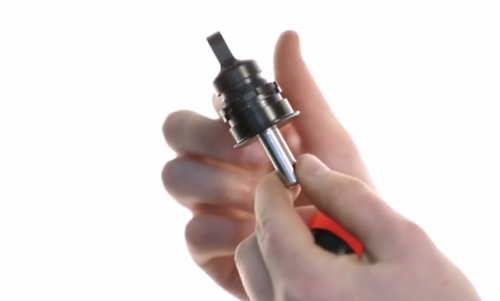 To test the bike, Pinarello developed a testing rig that simulates riding over cobblestones at pro race speed to put the new frame through its paces.

Bikes that provide comfort over long distances are big business at the moment, with most manufacturers now offering an endurance/sportive road bike that aims to offer extra comfort over a regular race bike. A few sport some sort of damping unit, whether it's the cutaway Zertz approach used by Specialized or the IsoSpeed decoupler of Trek's Domane.