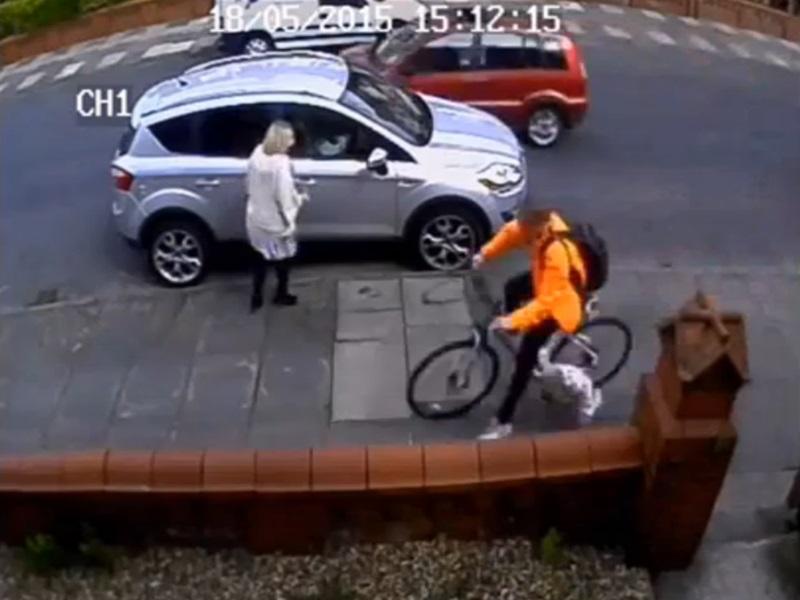 A 23-year-old man from Blackpool has been reported for summons for dangerous cycling following a collision with a toddler last week, reports the Blackpool Gazette. The incident was captured on home CCTV footage and led to a media backlash which saw the man involved labelled ‘the most callous cyclist in Britain’.

In the video footage, which has appeared on a number of websites, Andrew Holland can be seen colliding with three-year-old Lucie Wilding and subsequently dragging her along the pavement. Lucie’s father, Matt, claimed that Holland didn’t apologise, but had sworn at them before leaving the scene.

Holland disputes this version of events. He says he apologised moments after the incident and has also emailed the family since. He claims it wasn’t a hit and run and that he stayed around until being driven away by his father, who happened to be passing by. The police have also confirmed that he voluntarily attended a police station the day after the incident.

Media coverage of the incident is said to have led to Holland being verbally attacked and threatened by members of the public and he has said that his life has been ‘destroyed’ since the footage was released. He also believes that a full version of the video would show that he remained at the scene.

Holland said he had been cycling on the pavement because the roads were busy with school traffic, and added: “I didn’t know it was illegal. I usually use cycle paths or the roads.”