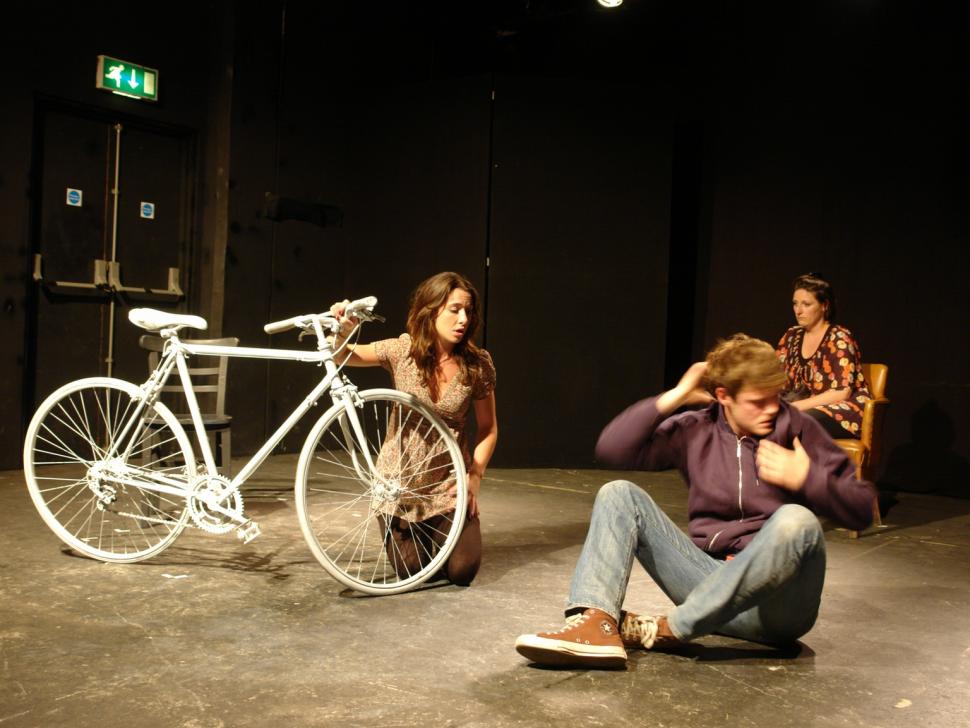 "What happens if you don't come home?" The White Bike script to debut at Edinburgh Festival of Cycling

Inspired by the death of cyclist Eilidh Cairns, the script's writer hopes to highlight the human side of cycle fatalities...
by Laura Laker

A dramatic reading of a new play inspired by the death of a cyclist, asking "what happens if you don't come home?", will debut at the Edinburgh Festival of Cycling on 11 June.

Attendees might want to bring tissues to the reading of The White Bike, which was inspired by the story of Eilidh Cairns, for whom a ghost bike was erected in 2009 after she was killed in Notting Hill while riding to work - it moved audiences to tears during an earlier incarnation in London.

Despite its sad theme, writer Tamara von Werthern, who interviewed relatives of cyclists killed on London's roads in its making, called it a celebration of life and cycling, as well as a moving look at the realities of a life cut short. She hopes the play will help raise the issue of cycling safety by showing the human side of fatalities.

"It is a personal portrait of the woman who's killed on her bike but it is also about her life. It is quite a joyful piece, it is quite poetic and she is quite a vibrant character. I like to think of it as a celebration of life rather than just focusing on her death," she said.

Von Werthern said The White Bike is about the randomness of road fatalities, and encourages the audience to put themselves in the person's shoes.

"It is trying to give a sense of time, a sense of urgency and empathy with the cyclist. I think it is a really important voice and debate because it doesn't come from a rational place where this is wrong and we demand this and that to happen, it is more: let's just imagine if this were to happen to you or me and looking at all the little things that make up your life and imagine all that was taken and what the ramifications of that are," she said.

"When it was shown in the Arcola [Theatre] it had quite an emotional response, we had people crying and we had standing ovations at the end."

"It is the sad reality that we are constantly confronted with situations where we have a near miss and it makes you think, what if next time it is for real? That has been with me for a long time but especially when I became a mother; it became something at the front of my mind and I ask why am I doing this? The play is a justification for cycling as well."

The White Bike is not specifically about Eilidh Cairns, but in its writing von Werthern spoke with Cairns' sister Kate, as well as the wife of Brian Dorling, who was killed in 2011 cycling across Bow Roundabout.

Via Kickstarter more than £1600 was raised in May to develop The White Bike script from its earlier short form and send it to the Edinburgh Festival of Cycling. The first public performance of the full-length script, as a dramatic reading, will be at the Pleasance Cabaret Bar at 18.30 on 11 June. Von Werthern hopes with further development and Arts Council funding the play will come to London in 2016.

There will be a Q&A session after the show where audience members can provide feedback, and a collection for RoadPeace, the national charity for road crash victims, which also co-ordinates the See Me Save Me campaign group set up by Kate Cairns after her sister's death.

The play is directed by Lily McLeish, staff director at the National Theatre, and the cast includes Lois Jones, Rosalind Philips and Chris Harper.Tickets are £7, or £6 concessions, and are available here.