Brooks has launched the new Cambium C15 Carved, a saddle which features a cutaway channel to relieve pressure in the perineal area. 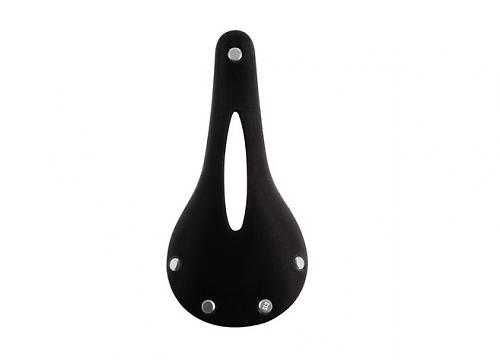 Brooks added the C15 to its Cambium range last May. It’s essentially the same saddle as the original C17, but is narrower, 140mm wide compared to 162mm for the C17. The C15 will probably appeal to racing cyclists wanting a narrow and sleek saddle.

Saddles with cutaway channels, intended to eliminate pressure points, are a modern trend, with many cyclists finding the recessed central channel to be more comfortable than regular saddles, especially on longer rides.

-- Buyer’s Guide to Saddles. How to find the best saddle for your bottom

Brooks first offered the Cambium C17 Carved, but has now followed up with the C15. Aside from the cutaway channel, the new saddle features the same shape as the regular C15. It also has the same vulcanized natural rubber and organic cotton construction, with an aluminium chassis and tubular steel rails. Weight for this new version is a claimed 395g. 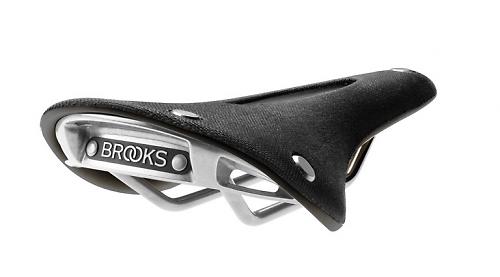 The Cambium C17 introduced a new direction for the company famous for its leather saddles, combining the classic Brooks ‘hammock’ design with modern details. Instead of a leather upper, Brooks developed a vulcanised natural rubber and cotton canvas textile for the top. It’s flexible but unlike a Brooks leather saddle, doesn’t need breaking in.

The Brooks Cambium C15 Carved costs $150 and is available in two colours. Check it out at www.brooksengland.com