The power meter market is heating up at the moment with new offerings coming out all the time. PowerTap, one of the longest-running power meter specialists, recently unveiled two new power meters, the £999 P1 pedals and £599 C1 chainrings. 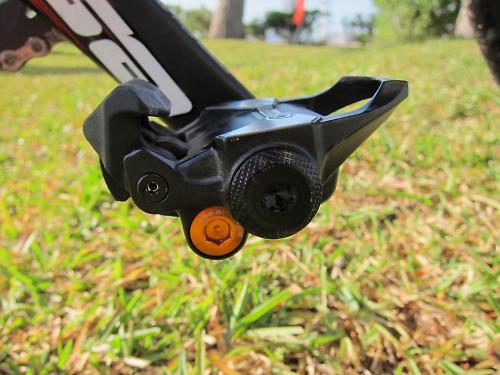 We had a first look at the pedals a little while ago, but the other week we headed out to Majorca to put the new power meters through their paces. This is a first ride report on the P1 pedals - we’ll follow up with the C1 chainrings soon.

Previously, your choice for measuring power was an SRM crank-based power meter, or PowerTap’s hub-based system. Both had their pros and cons: the SRM expensive, the PowerTap limiting wheel choice. There’s a lot more choice these days though, and the most interesting and appealing development has been the few pedal-based power meters that are now available. A power meter pedal offers the advantage of easy installation, plus they can be swapped between different bikes quickly, and don't restrict your wheel or crank choice. PowerTap recognise the attraction of a pedal-based power meter, and while this new product might look like a reaction to other pedal systems that have come to the market in the last couple of years, the company has actually been developing the product for quite a long time.

“Our pedals have been in development for almost five years, we proceeded the launch of the other pedal systems, it certainly wasn’t a reaction,” says PowerTap’s Product Manager Justin Henkel. “I think it’s always been one of those things to measure power at the pedal, it just makes so much sense to a user because there’s two of them, and that’s where your body is connected, the shoe is connected to the pedal, so that's where you’re inputting the power. But it’s extremely complex, and that’s really evident in how long it’s taken all of the systems to develop.”

It’s clear developing a pedal-based power meter is complex. Just look at how long it took Garmin to bring its Vector pedals to market with the many delays that pushed bag its launch. Why is a power meter pedal so complex? “The architecture is very complex, because you're measuring vertical force, but you also have to measure horizontal force, and you have to do all that while while something is moving around on the axle,” says Justin. “Traditionally, power meters are fixed on some axis, a pedal is fixed on its own axis, but it’s on something that is moving, and that complicates things further.”

The P1 is a one-piece design powered by a single AAA battery per side which is good for a claimed 60-hours, and transmits the data from the eight strain gauges via ANT+ or Bluetooth Smart to a compatible computer or smartphone. Claimed weight is 398g a pair - a Garmin Vector is 352g and Dura-Ace 250g. The pedals are manufactured in PowerTap's facility in Wisconsin, USA and will come with a 2-year warranty. 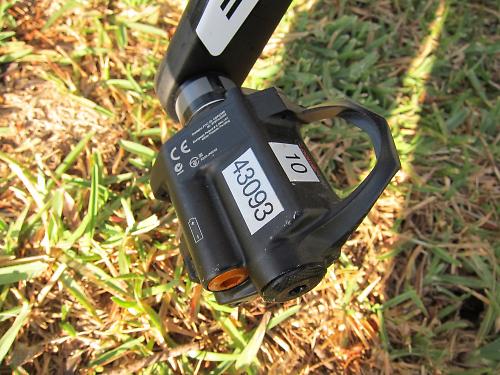 The pedals are calibrated at PowerTap’s US manufacturing facility and installation is the same process of fitting regular pedals, there’s no necessity for special tools or a torque wrench here. The pedals automatically self-calibrate for pedal position after a few revolutions, though you do need to zero reset the pedals at the beginning of the ride. This is easily and quickly done from the Joule GPS or a Garmin Edge computer. Still, it would be nice if the pedals could auto-zero like PowerTap’s hub power meter does.

The pedals use a Look Keo-style cleat. It’s almost exactly the same - another journalist on the trip had Keo cleats already fitted to his shoes and he was happy enough with the engagement that he didn’t swap to the PowerTap supplied cleats. I’m a Speedplay pedal user though so the first job before I could hit the road was to swap cleats over before I could ride. PowerTap supply two versions of the cleat, one with float and one without. It's also worth mentioning that the stack height is a little higher than regular pedals so I had to raise my saddle height by a few millimetres.

Out on the road, the pedals work very well. In terms of engagement, disengagement and stability, the pedals worked great, with a generous amount of float. PowerTap has ensured the pedals can stand up to plenty of abuse, and says it has tested them to extremes, from underwater to high weight loads, and is confident they can cope with whatever the most demanding cyclist can throw their way. To increase longevity, the metal plate on top of the pedal is replaceable. 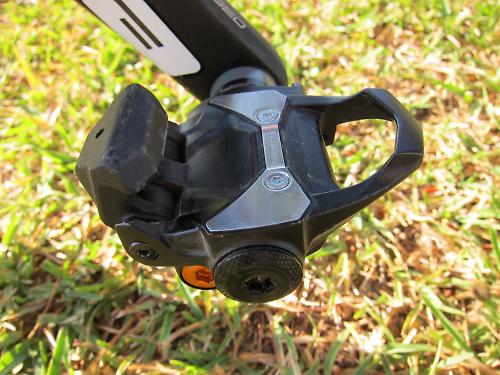 With two days of riding my time on the pedals was limited but still enough to get a good feel for them. A variety of roads, including some of Majorca's bigger climbs, provided a useful range of scenarios and produced plenty of data to analyse back at the hotel.  PowerTap claim that the pedals are accurate to within 1-1.5% of their hub meters, but we’ll only be able to validate this when we get a set in for a full review. The power data was certainly consistent during the two rides, and consistent with my range of power I know I can muster at certain effort levels. There were no spikes or random drops, and they weren’t affected by temperature variations either.

One of the appeals for many of a pedal-based power meter is left/right power measurement. The Joule GPS displays the power as a percentage, and will be useful for those who might have a leg discrepancy they want to smooth out, though whether it helps get to the root of any underlying issue causing such a discrepancy is a question for a bike fit expert. 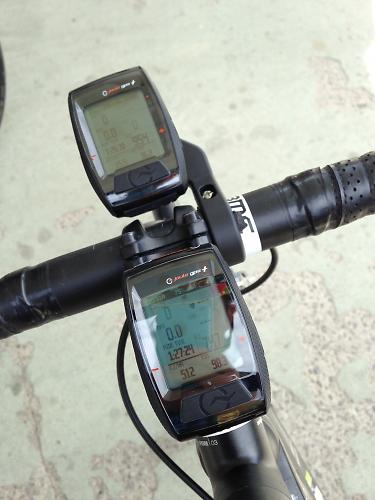 A more exciting feature, which wasn’t ready for this pre-launch event but should be available by the time the pedals are available to purchase, is the ability to measure exactly where in the pedal stroke power is applied. This will enable you to really work on developing an efficient pedalling style and has great potential performance benefits. That's something I look forward to testing when that feature becomes available. PowerTap says it plans to develop more useful features over time, so it sounds like there's plenty in store.

The pedals do have a bulky appearance, some people pointed that out in the comments on our first look story. Once you're clipped in it's not obviously an issue, but the battery compartment underneath the pedal does reduce ground clearance. Only a race around a tight criterium circuit will really find out how much this is a problem, but on the roads I was riding, I didn’t have any problems. 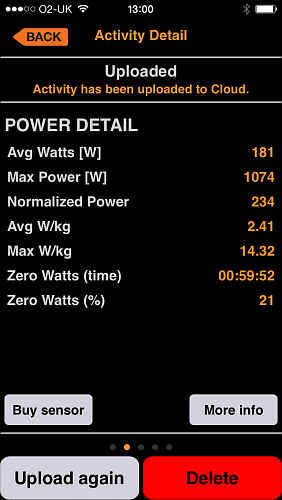 As mentioned, the pedals use ANT+ and Bluetooth Smart. The Joule GPS computer is easy to use and feature-packed, and I also used a Garmin Edge 500 with the pedals with no problems. PowerTap has developed its own app which can also be used to record data from the pedals instead of a dedicated cycle computer. Finish a ride and   a pair the Joule with your smartphone and the ride activity will be downloaded, and from there you can share with any of a number of training websites, including TrainingPeaks and Strava. 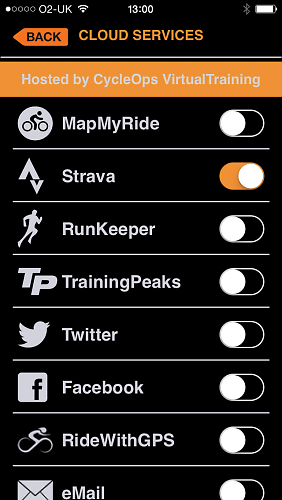 I came away impressed with the PowerTap P1 pedals. Obviously, thorough testing on home roads and over a longer duration is going to be required before we can pass verdict on them, but based on two big rides over some challenging terrain, the pedals delivered consistent power measurement. They're easy to install and easy to use and they promise decent battery duration and durability. PowerTap's experience at making power meters can't be discounted either, making them a serious rival to the other pedal power meters presently on the market. Plus, at £999, the PowerTap P1 are £200 cheaper than Garmin’s Vector 2S pedals.

The PowerTap P1 pedals should be available in June from Paligap and cost £999. More at www.powertap.com and www.paligap.cc

We also got the chance to ride PowerTap’s new C1 chainring power meters, a story on those is coming soon.