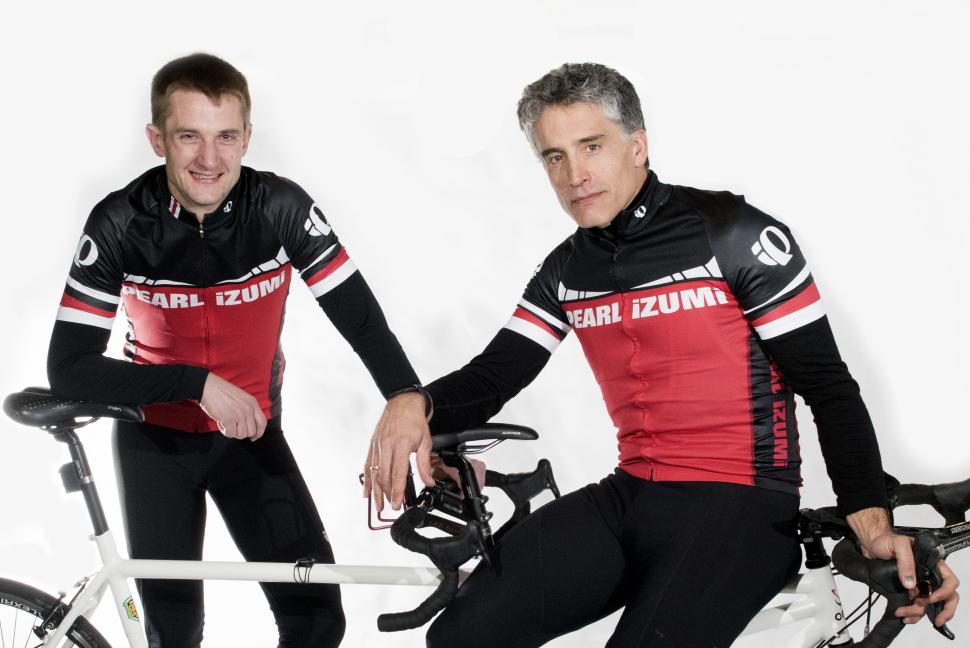 At 6:30 this morning, Dominic Irvine and Charlie Mitchell left Land's End in an attempt to break the men's tandem record for cycling between the two furthest points on the British mainland.

The existing record, held by Pete Swinden and John Withers, stands at 50 hours, 14 minutes and 25 seconds. Swinden and Withers set that mark in 1966, making the tandem Land's End - John O'Groats (LEJOG) one of the most durable records in cycling.

Irvine and Mitchell have got off to a storming start, covering the first 100 miles in 4:44:19, an average of 22.89 mph, according to their tracker.

It's Irvine's third attempt on the record after things went pear-shaped for him and his partner in 2012 and 2014.

In 2012, Irvine and Ian Rodd rode the full distance, but missed the record by more than eight hours after Irvine became ill early in the ride. They are thought to be the only team to have ridden the distance non-stop since Swinden and Withers.

In 2014, Irvine teamed up with time trial legend Glenn Longland, but things went south when Longland collapsed just before they reached the halfway point.

The tandem LEJOG has defeated other pairs of top-flight athletes too.

That was Cracknell's second attempt at a LEJOG tandem record after a tilt at the mixed record in 2009 with individual pursuit Olympic champion Rebecca Romero had to be abandoned because Romero developed swelling around the knee.

A typical End-to-End touring ride takes about ten days, though riders doing it for fun usually take a longer route than the 832-mile track Irvine and Mitchell are following.

The solo men’s record is just over 40 hours (40:04:20, set in 2001 by Gethin Butler) so on paper the tandem record looks vulnerable, tandems usually being faster than solo bikes.

But as the record's recent history shows, a bike with two riders means there are twice as many chances for something to go wrong.

Irvine's previous experience and support team should increase the chances of everything going smoothly this time.

He said: “Charlie and I might be the ones riding the bike, but it’s a real team effort and a huge amount of work from everyone has gone into making this record attempt possible.

"I’m extremely grateful to the coaches at Winchester University who developed our training plan, the guys at Orbit Tandems who specially designed our amazing bike, our nutritionist and all the medics, route-planners and support crew who have given up their time to support the attempt, proof that success is a team game.

"With the dedication and training we've all put in, myself and Charlie have a real shot at breaking this record and we’re very excited to get going.”