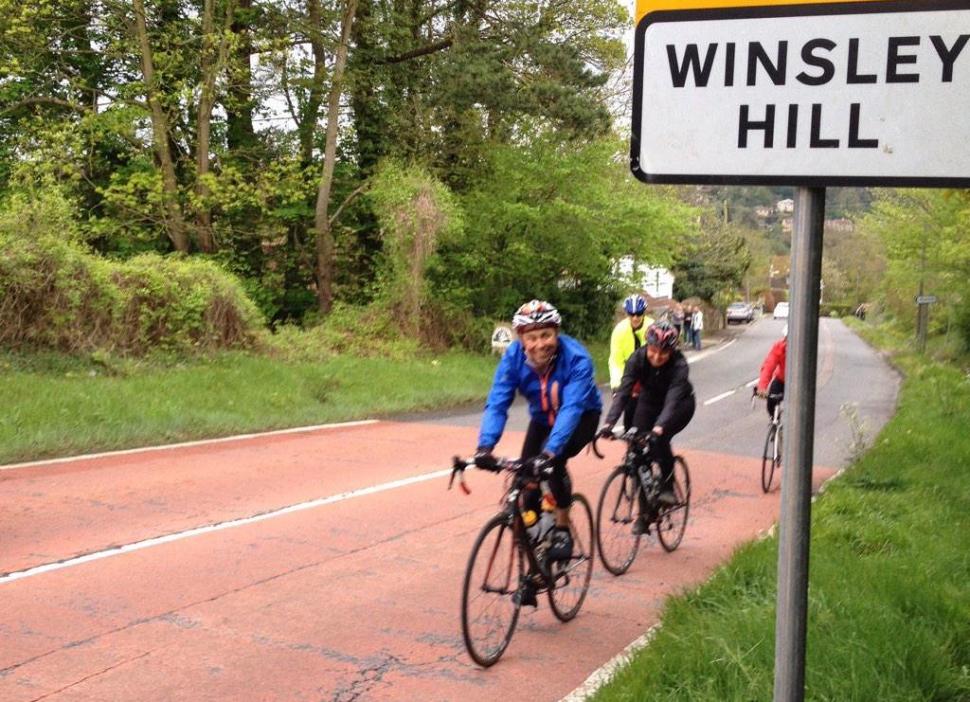 An Everest and a Ben Nevis as cyclist raises over £2,500 for Nepal

Justin Gage racks up over 10,000m of ascent
by John Stevenson

Cyclist Justin Gage successfully Everested one of his nastier local hills yesterday - then went on to climb the height of Ben Nevis, as one friend put it, "just to make sure".

Accompanied and cheered on by family, friends and well-wishers, Gage rode Winsley Hill, between Bath and Bradford-upon-Avon 91 times, six more than necessary to complete an Everesting — climbing the height of the world's tallest mountain, 8,848m.

Gage has so far raised over £2,500 for the Disasters Emergency Committee to help victims of the Nepal earthquake, smashing his original target of £1,000. 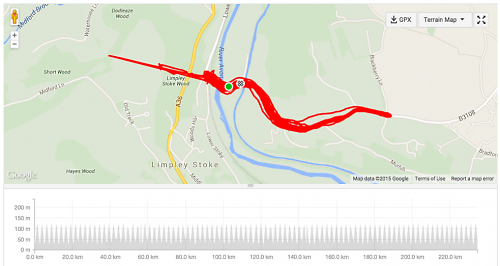 Justin's Strava record of the day

He was rapturously congratulated by friends and followers on Strava. Henry Stevenson posted: "I'm in awe - Everest and then Ben Nevis just to make sure!"

Andy Stewart said: "Brilliantly done! It was great to be there to do the last few. I feel a fraud just doing 11 though! Amazing efforts, by you, Emma and Mya and Arthur.

"So many brilliant quotes you were coming out with too: "it's been easy really" No! 20 hours and 91 reps is "awesome", not "easy", that's just typical Mr Gage underplaying a huge achievement :-)"

The weather wasn't kind to Gage, with intermittent rain and temperatures in the low-to-mid teens.

On the Strava record of his epic ride, Gage posted: "A massive, massive thank you to everyone who came and supported me. I really don't think I could have done that without you.

"The number of people who rode with me, stood and cheered and of course sponsored me was truly overwhelming. Thankyou for making a hard task that much more bearable.