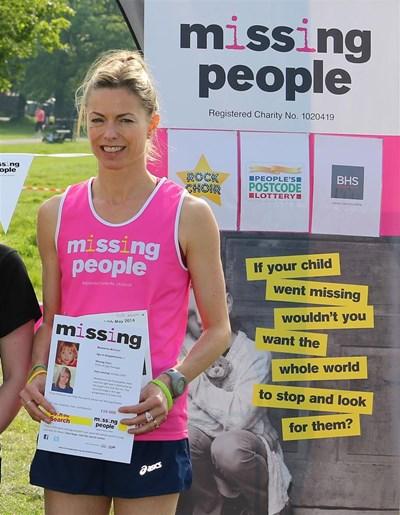 Kate McCann, the mother of the missing child Madeleine, will lead out a 500-mile charity bike ride next month to raise funds for finding missing people.

As the eighth anniversary of Maddie’s disappearance approached, Kate says she is ‘more driven than ever’ to carry on the search.

She added: "As the eighth anniversary of our daughter Madeleine's abduction is upon us, I'm more driven than ever to continue the search for Madeleine and to help other families who face the pain of a child being missing. All of us can play a part in helping this important charity."

She and 19 other cyclists will being at at Arthur's Seat, Edinburgh, on June 13. They will trvvel down via Newcastle, York, Nottingham and Northampton before finishing at the Tower of London on June 17.

She said: “I’m particularly keen during this ‘adventure’ to highlight the UK’s Child Rescue Alert (CRA).

“This system can save the lives of abducted children. The general public play a major part in the success of the CRA and can help simply by signing up to www.childrescuealert.org.uk.

“Thank you to everyone who has signed up already….and for those who haven’t, please come on board now so that you’ll be ready to join the search to bring those missing children home.

“Despite being relatively new to road-cycling (eek!), I’m really looking forward to this challenge. It’s been good making myself ‘be brave’ and get out there... and on a positive note, the brakes are no longer on quite as fully during the downhills!

“Blood, sweat and tears (with a few too many hours in the saddle) … but if it makes a difference - which with your support I know it will - it’ll be worth it.”