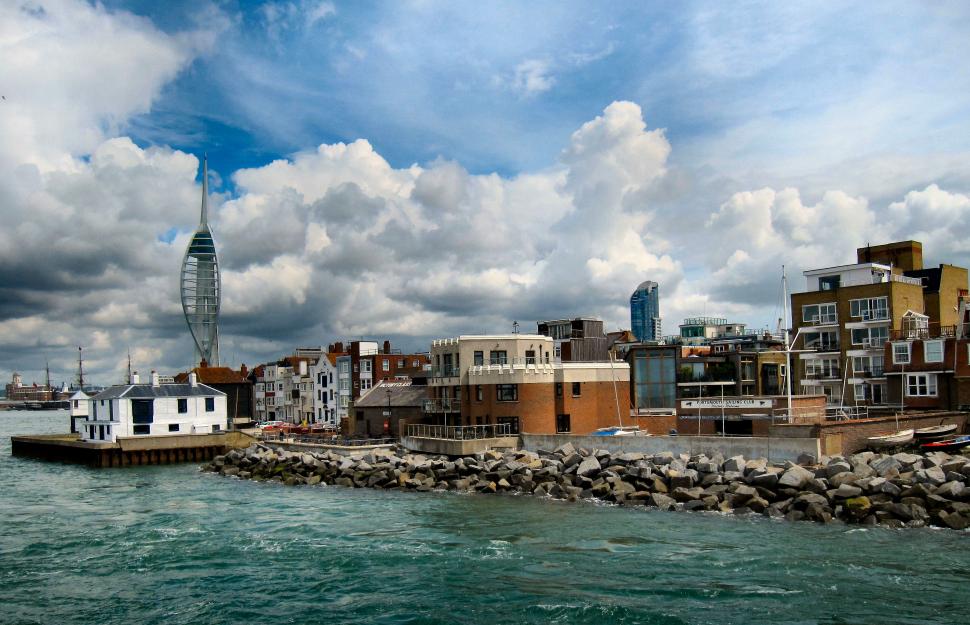 Portsmouth's pro-bike transport strategy, drawn up by the local cycle campaign last year, has surprised its authors by gaining cross party support ahead of next week's election.

Drawn up by Portsmouth Cycle Forum (Pompey BUG) last year, with ambitions to make Portsmouth "the UK's pre-eminent cycling city", A City to Share now has support from all major parties in the run up to the general election, as well as the city's local election, both taking place on May 7.

The perfect storm of critical congestion and air pollution issues, and the support of the local press, has helped bring about a rapid change in the attitudes of local politicians in favour of cycling.

Pompey BUG's Jon Spencer said: "I thought we would get some quite good support going into the election because we have had things in the press and there have been a number of serious congestion incidents in the past few months. Also the issues around air pollution are starting to become more known. But it's had more than I thought it would."

"We had a public meeting last week and we had politicians attend from all parties except TUSC. In a way it is slightly farcical because everyone agreed!"

"Where once they used to point to a section of cycle lane and say 'look what we've done, what else do you need?' politicians recognise there is a bigger problem now," he said.

Spencer said Cllr Ken Ellcome, cabinet member for traffic and transportation at Portsmouth City Council, was a prime example of this change of heart. He said: "From coming along to our discussions about other cities and saying 'that's nice I don’t think it could happen here' to talking about taking parking out in quite controversial places, he's really moved the argument along.”

Support has come from 22 council candidates covering 11 of the city's 14 council wards, including four parliamentary candidates each for Portsmouth North and Portsmouth South and four council group leaders. In all cases candidates from the Conservatives, Labour, Liberal Democrats and Green Party have supported the strategy.

Living on an island

Because Portsmouth is on an island, an incident on one of the city's three major roads can leave drivers stuck for hours in traffic, with even emergency vehicles unable to get through the jams. Meanwhile a recent attempt to increase capacity for motor cars ran aground, drawing criticism from the local paper.

Spencer said: "There was a controversial decision whereby the leader of the council decided to remove a bus lane where the motorway ends, that cyclists use. We opposed it, but there was a pressure from drivers and in the press to recover road space.

"We are really pleased that the [newspaper] leader said 'this isn't the way to go, that we need to start getting people out of their cars'," said Spencer.

He said having the council sign up to the strategy, which has a local focus, could help the city bid for future rounds of Cycle City Ambition funding, given to eight English cities over the past two years.

"When that came around a couple of years ago Portsmouth put in quite a weak bid and we have seen that is where we need to be. It is a two speed system - you are either in Cycle City Ambition or not," he said.

In support of the strategy Lib Dem candidate for Baffins ward, Lynne Stagg, said getting support for cycling within the city council had grown significantly, but tangible changes are needed.

Said Stagg: "I hope that the support expressed goes deeper than signing a bit of paper. There needs to be real action and a change of culture."

She said this includes investing in cycle infrastructure and education of motorists and cyclists.

"All of these require financial input to a greater or lesser extent and accessing that funding through the DfT`s Cycle City Ambition is so obvious," she said.

John Ferrett, Labour councillor running for Portsmouth North in the general election, said: "The health and environmental benefits of cycling are unquestionable. Rest assured that whether in parliament or the city council I will be an advocate for cycling in Portsmouth."

Flick Drummond, Conservative candidate for Portsmouth South, said she supported the strategy and wanted to make Portsmouth "the cycle capital of the UK".

"It should be normal to have shared roads with all users being more considerate to each other, that includes cyclists, of course. Safer routes mean fewer people cycling on the non-designated pavements and fewer accidents," she said.

In his support of the strategy Benjamin Perry, Labour candidate for Central Southsea, said he wanted Portsmouth to be like Brighton for cycling.

He said: "Congestion in our city leads to more road accidents, delayed economic progress, and a declining ecosystem. I have biked around this city almost every day for the past three years so I know that many parts of the city are difficult and even dangerous for cyclists and motorists alike. But unlike many other areas of local politics, we can so easily make a real change to improve the city’s accessibility and the lives of people in Portsmouth."

Since its publication last year a City to Share has helped put cycling on the city's agenda, illustrated last month when council leader, Donna Jones, unexpectedly announced she'd like to welcome the Tour de France to Portsmouth:

I've been working on this dream for a while #Caen & #Portsmouth joint bid could be possible #tourdefrance/Portsmouth pic.twitter.com/iThYm4itm1

However support for cycling will, Spencer hopes, be focused on day to day journeys in Portsmouth, as well as forwarding the national cause for ongoing funding for cycling.

He said: "We are pushing for councillors to get their support behind A City to Share so that when they get to Parliament they will be pushing for £10 per head per year [funding for cycling]".