by Sarah Barth April 18 2015
3 Comments
Plus: Who will you support to improve cycling in the 2015 General Election? 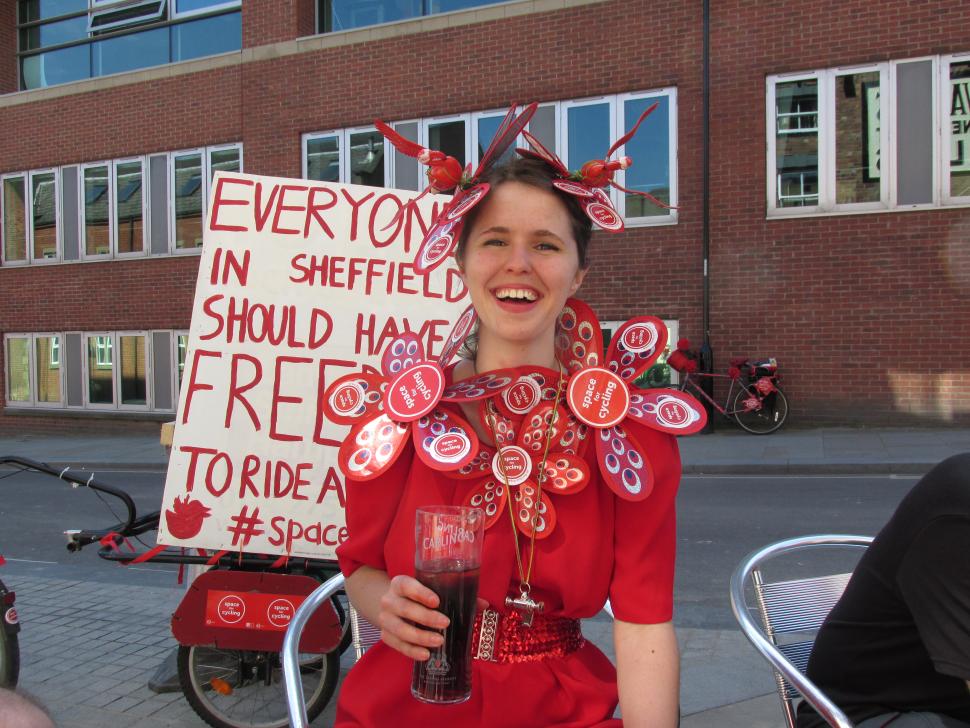 Candidates in Sheffield ’s local council elections have been invited to join in on a big
bike ride as part of the Space for Cycling campaign.

Cycle Sheffield has written to all candidates standing in May’s local elections and asked
them to pledge to make Sheffield a city where riding a bike is safe and enjoyable for
everyone.

Candidates have been invited to bring their families and take part in the Space for Cycling
BIG RIDE on Saturday 25th April, when hundreds of people will take to the streets on their bikes to call for a more cycle-friendly city.

Emma Metcalfe who heads up the Space for Cycling campaign said: “We’re asking candidates to pledge to support specific improvements in all 28 wards such as creating a safe route to a local school or a protected route on a busy main road.”

Newly elected Chair of Cycle Sheffield Matt Turner says “ We really need candidates to think about walking and cycling as being crucial to the design of our urban spaces.

“Making cycling safe and pleasant for everyone is the only way we will encourage people to be more active and tempt them away from cars. At the moment, cycling is not a practical choice for a large number of people, because it doesn’t feel safe.”

You can ask your local candidates to support the Space for Cycling campaign by visiting www.spaceforcyclingsheffield.co.uk .

Cycle Sheffield is also asking as many people as possible to join the BIG RIDE.

The two largest political parties, Labour and the Conservatives, have both released their election manifestos for the general election this year, as have the Green Party and Plaid Cymru.

The Mayor of London, Boris Johnson, said at the start of the year it would be "suicide" for political parties not to include funding commitments for cycling in their manifestos, but how many have heeded his advice?
/content/news/148235-election-2015-what-are-political-parties-promising-cycling-their-election
To find out more about what each party is offering in our handy guide, click here.