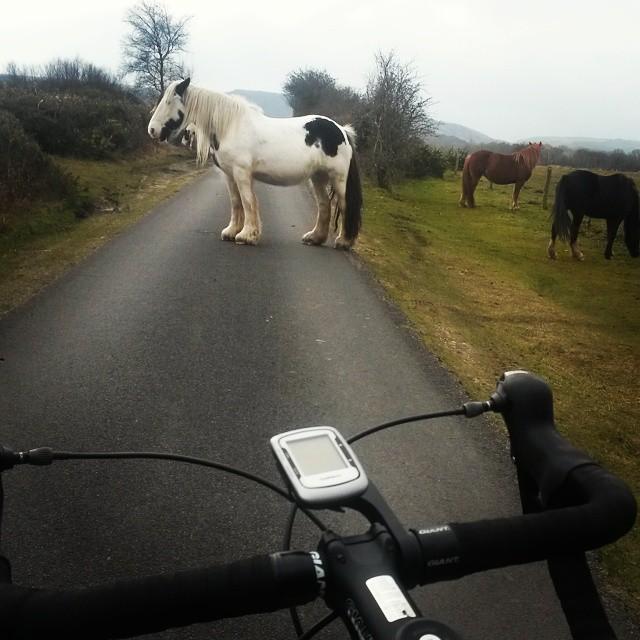 Philip Lawrence - Horse in the road (image via Instagram)

#mycyclingweekend 5 - Did you make it out on sunny Saturday?

Still no daffodils, but plenty of sunshine, inconvenient horses, and a whole load of springtime cycling
by Elliot Johnston

So, we've had over a month of #mycyclingweekends to enjoy, and we're beginning to see changes to the weather and feel some encouraging changes in our legs.

We're no longer recieving photo after photo of snow and sleet, and some of us are seeing steady improvements to our strava segment times as our winter legs are shaken out. However, spring has not completely sprung yet and we're still seeing the odd smattering of rain, mixed in with the occasional sunny spell.

This week's #mycyclingweekend couldn't have been a better embodyment of this time of year as we saw a scintilating, unseasonal Saturday followed by a drizzly Sunday. But, if the response on Twitter and Instagram are anything to go by, loads of you were inspired enough by the sunshine to get out there and take some stunning photos which you've very kindly shared with us.

Our Twitter and Instagram feeds have been flooded by your incredible photos, but strangely you all seemed to steer clear of Facebook and the comments section of our pre-weekend #mycyclingweekend story. We wonder if the weather had something to do with that.

Lets just take a moment, though, to appreciate how beautiful the weather was on Saturday. Here's an absolutely glorious Kentish sunset via Instagram user Lubaib and Martin Street's photo of the Eltham Velo Cycling Club's Saturday club ride:

If time was not an issue, I would have chosen to cycle over any other mode of transportation

But of course, as we've already discussed, the weather didn't stay quite as stunningly springlike all weekend. When Sunday came along, though, more of you stuck it out and took to the overcast roads than you'd expect. And thank god you did, because otherwise we wouldn't have received some truly fantastic photos, like Philip Lawrence's run in with an enormous horse.

A photo posted by Philip Lawrence (@philiplawrence6) on

Without the sunshine, plenty of you still found a way to have a good time out on your bikes. Take this photo of a mother and child cycling across a bridge on Sunday via East Yorkshire CTC, and coxyboy6969's Instagram action shot of what we think is a staged crash - the smile is a dead giveaway.

Rode with friends on Saturday; with family on Sunday #mycyclingweekend pic.twitter.com/yrZx9HPozH

Us Brits weren't the only ones out enjoying the sunshine on our bikes. As usual we've received a fantastic range of photos of you riding in some of the world's most picturesque locations. Take Instagram user harvinson for example. His day of two-wheeled exploration took him north of Vancouver to Buntzen Lake. Oh, we're jealous.

If that wasn't enough, tierelantinus' photo of his Dutch dune-adjacent evening ride got our legs trembling for some seaside miles.

A photo posted by Simon Robinson (@harvinson) on

A photo posted by Martijn Den Bakker (@tierelantinus) on

We also recieved photos on Facebook from Christophe Demoulin and Mark Bennett who found themselves riding in Lanzarote and Switzerland this weekend, and they managed to snap some beautiful photos while they were at it too. 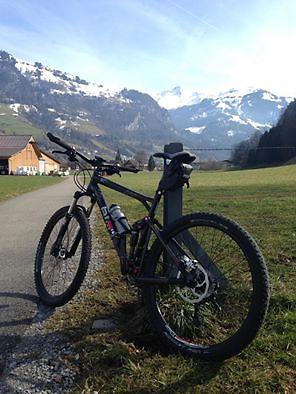 Some of us here at road.cc took advantage of the weather to get some miles in, too. And others, myself included, found ourselves stuck indoors, looking out longingly at the blazing sunshine and wishing things could be different. Oh injury, how you plague us.

Put my back out. So this is as close as I'm getting to a ride on this glorious Saturday.

We may not have hills in Cambridgeshire, but we have sunshine #mycyclingweekend pic.twitter.com/THTdhhpubk

Finally, ladies and gentlemen, if this rundown of your cycling weekend wasn't enough, you can find plenty more on Twitter, Instagram, and Facebook by searching for the #mycyclingweekend hashtag.