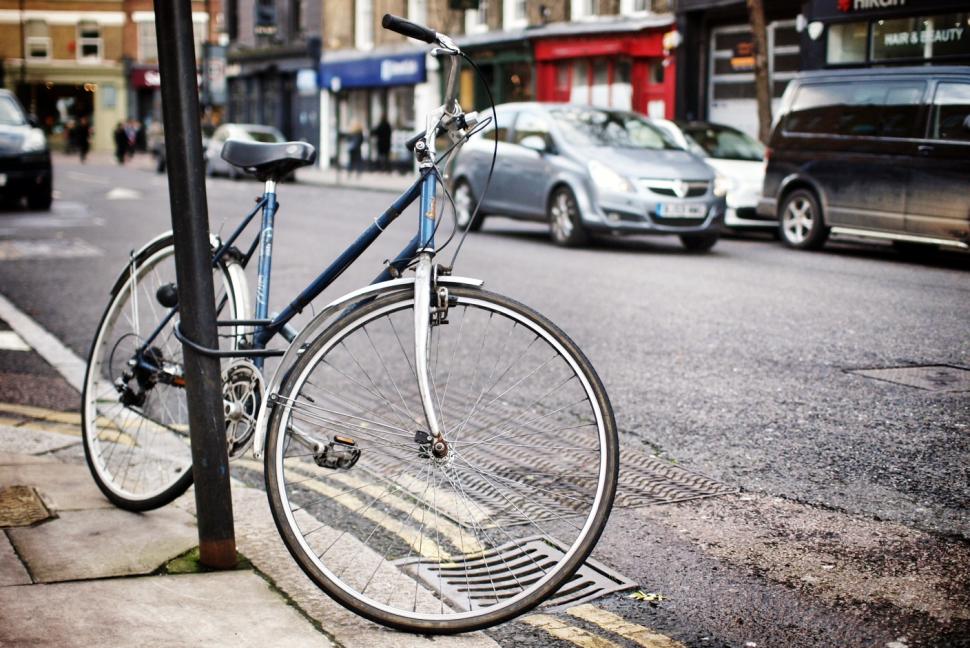 A Cardiff man spotted his bike, stolen seven months ago, chained to a lamp post – and used a lock so it couldn’t be moved in a successful bid to get it back.

Ian Fernando, aged 34, saw the Bondi Beach Cruisers bike on City Road and as well as locking it up, left a note to explain it was his bike.

The rooftop and pop-up cinema operator told Wales Online: “I was gutted when my bike was stolen seven months ago. It was chained to a bus stop outside where I worked in Bute Street.

“It wasn’t an expensive bike but it was unique and I loved riding it. I informed the police but I was told the CCTV camera wasn’t facing where the bike was locked and there was probably not much chance of me getting it back.

“Wherever I am I always look for my bike and I couldn’t believe it when I was driving down City Road on Tuesday and saw it chained up. I parked my car and went to have a look.

“I knew straight away it was mine as I had changed the back wheel with a road tyre and I also changed the grips on the handle bars.

“A police car drove past so I flagged them down and explained the situation.

“They were going to seize the bike but couldn’t get the chain off so I had the idea of buying a lock, putting that on the bike and leaving a note with my telephone number.”

The website says that within an hour, a man called to say he had removed his own lock, and Ian could pick up the bike.

“I did ask them where they had got the bike and they said they had bought it on Sunday at a market,” he added.

“I went to get the bike and felt great to have it back. What were the chances of that happening? I couldn’t believe it.”