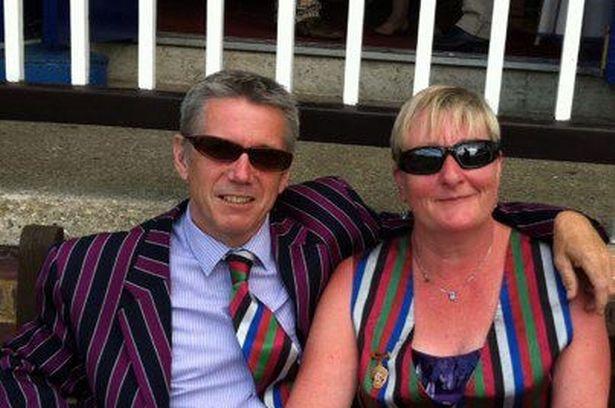 Widow of Brian Dorling urges cyclists not to jump red lights, for their family's sake

Rider killed at Bow in 2011 went through red light, as did lorry driver - family's compensation reduced as a result...
by Simon_MacMichael

Debbie Dorling, whose husband Brian was killed when he was hit by a lorry at Bow Roundabout in 2011, has urged cyclists not to take risks such as riding through red lights since that could lead to them being partly blamed for their own death – and affect how much compensation their family might receive should the worse happen.

Mrs Dorling was talking about her husband’s death this week as part of a report on cycle safety by Channel 4 News sports correspondent Keme Nzerem.You can watch the video here.

Speaking at the Queen Elizabeth II Olympic Park where Mr Dorling worked as a quantity surveyor as the site was developed for London 2012, she said: “Brian went through a red light and that had all sorts of consequences for the court case and the final damages we got as a family.

“It’s been a horrible time and cyclists, please – if you’ve got families, don’t put yourself in a position whereby you could put your family in our position.”

As we reported last August, Mrs Dorling received a High Court settlement of £210,000 from the lorry firm McArdle Group and QBE Insurance.

The original amount of £330,000 had been reduced by more than a third because Mr Dorling was found to have ridden through a red light.

The driver of the lorry involved in the fatal crash also drove through the red light, and subsequently pleaded guilty to causing death by careless driving.

At the coroner’s inquest in 2013 into Mr Dorling’s death, Martin Porter QC, representing his family, suggested he may have gone through the light on red to get away from the lorry.

But as the lawyer pointed out today in a message on Twitter, "I maintained at Brian's inquest, the red light was not causative - same outcome on green."

Coroner Mary Hassall recorded a narrative verdict and described the design of the cycle superhighway at Bow as "an accident waiting to happen."

Nevertheless, for the purposes of assessing the amount of compensation payable in the civil action the following year, Mr Dowling was found to have been partly responsible for his own death due to riding through the red light,

Removing himself from the danger posed by large vehicles was the justification used by journalist and author Jack Shenker earlier this month for riding through a red traffic signal on High Holborn in Central London.

He was fined by police as part of Operation Safeway but told road.cc he felt compelled to ride beyond the advanced stop line at the traffic lights to position himself ahead of a bus, before riding them while they were still red.