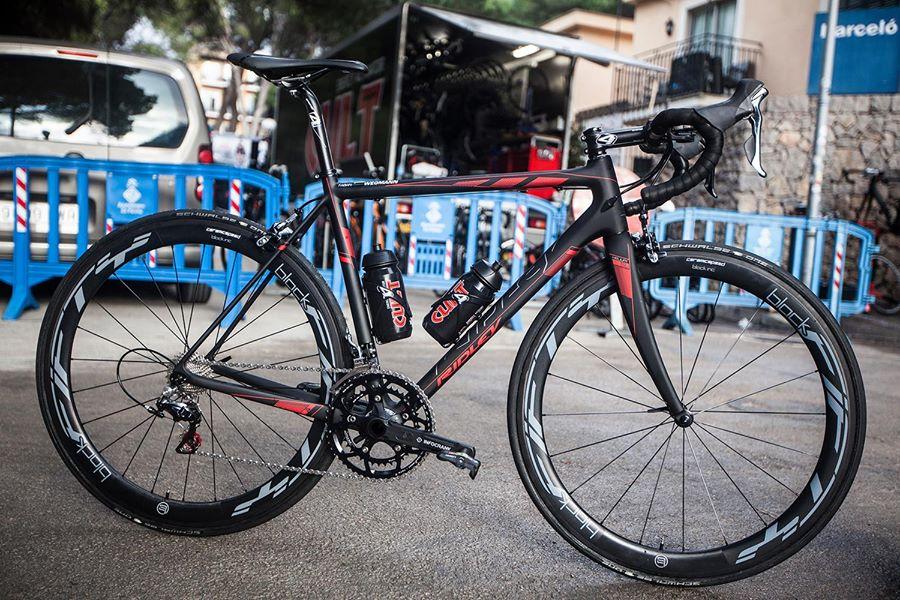 Ridley Bikes have issued an appeal for help tracking down 36 bikes belonging to Danish team Cult Energy that were stolen at the Tour du Haut Var in France at the weekend.

According to a statement on the team’s website, the bikes were taken from its truck in Draguignan between Saturday night and Sunday morning.

The UCI Continental outfit’s Fabian Wegmann was in fourth place after Saturday’s opening stage and was aiming for a podium position, but the team was forced to abandon as a result of the theft.

Team Sky suffered a similar theft at the same race 12 months ago, and Cult Energy sports director Michael Skelde revealed that the team had taken precautions to try not to fall victim to thieves.

He said:“It’s just devastating. We had a car parked in front of the back of the truck, so the thieves somehow must have moved the car and then broke the lock to the truck.

“They stole everything. Bikes, wheels and all our equipment. Now, we’re waiting for the police to show up and start their investigation. We won’t be racing today and I reckon it’s doubtful that we will be ready for next week’s Het Nieuwsblad. I’m hoping for a miracle.”

Ridley said in a Facebook post: “We will do everything we can to provide them with new Ridley frames and 4ZA components.”

The company is also urging people to “please notify the proper authorities if anyone tries to sell you a Helium SL with the following serial numbers: