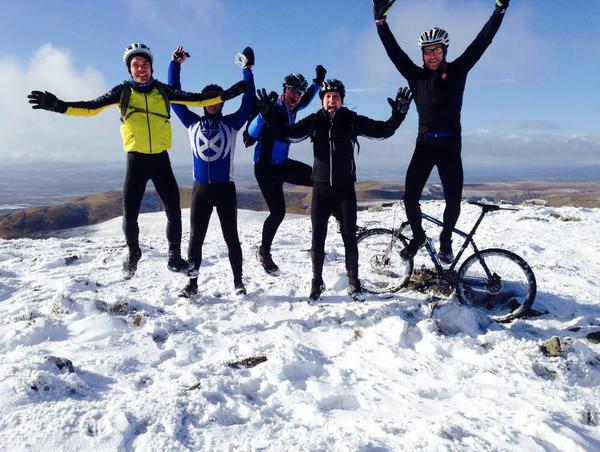 #mycyclingweekend 3 - it was wet and wild out there and so were you!

Loads of you braved the sleet and snow, and remembered to use the hashtag. Here's the evidence...
by Elliot Johnston

Well, we had some pretty miserable weather in the South West of England this weekend. That didn’t stop a number of the road.cc team taking to their bikes and recording the evidence with their cameras and the all-important #mycyclingweekend hashtag, though.

The weather didn’t put many of you off either, and despite the rain, sleet, and snow that covered large parts of the UK, your photos poured in and the road.cc #mycyclingweekend coffers filled up handsomely. So, once again, thank you!

We'll get to the photos that our team uploaded later, but first let's focus on you, our fabulous readers. You braved snow, sleet, mud, and quite serious injury to take part in #mycyclingweekend in huge numbers. We were impressed.

We must, however, send special mentions to both Facebook user Craig Osborne who is recovering from ligament surgery, and hamstrung Twitter user @ElthamVELO who, despite their injuries, took to their turbo trainers and clocked some all-important recovery miles. 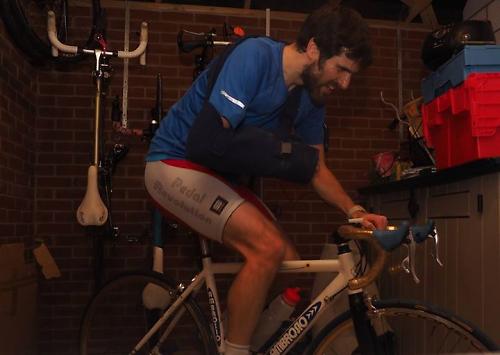 While the weather was a bit miserable here in the South West, we actually had it pretty easy compared to Monmouthshire and Cheshire - that is if Mathew Williams’ and the Macclesfield Wheelers’ photos are anything to go by. Even where it wasn’t snowing you lot were getting very muddy, as we can see from @richard2ryder’s photo of his sons, and Libby Gordon’s muddy hands and legs. Did you come off Libby?

@roadcc Up and over the Black Mountain yesterday... Wasn't expecting these conditions! #mycyclingweekend pic.twitter.com/AlpucUnbeX

First criterium done That.was.AWESOME! You don't know criteriums, until you've done a criterium! @iamspecialized Rain, wind, #sufferfest! Got dropped like a wet towel in lap two, after breaking the golden rule (don't find yourself too far back in the bunch!). Tried catching up, ended up soloing for the rest of the race, getting lapped on the last lap. Thank you for the support love @barnardcandi Can't wait for the next one in three weeks! #letsgo #criterium #cycling #outsideisfree #igerscycling #blackandwhite #stravaproveit #strava #race #fromwhereiride #mycyclingweekend #wymtm #Wales

Now, back to us. Below you’ll see Dave, Tony, and David’s photos of their #mycyclingweekend which saw them Strava segment-chasing, mountain biking, and doing a spot of pre-spring cleaning in and around rainy Bath. You’ll also catch VecchioJo’s cocktail sausage-oriented prep for his ride at the Mad Jack's John Seviour Memorial.

#mycyclingweekend was seeing if these bad boys gave me any advantage on the @AVC_Bath monthly segment competition pic.twitter.com/34qGK4OUKp

Wet and wild mountain biking around the #cotswolds #mycyclingweekend #bikes

A photo posted by David J Arthur (@davidjarthur) on

#mycyclingweekend - bike cleaning in the rain - at least the dirt comes off (a bit) easier pic.twitter.com/J32K5xqxta

One of our esteemed bloggers, Sam Shaw, won the prize for hardest road.cc-er as he and a few friends found themselves summiting the 721m snow-topped Ben Cleuch in Scotland. Chilly.

Of course, not all of you are riding in the UK, and this week we received some photos from some beautiful places. Emma Young is pictured here descending in summer-like Majorca, Twitter user @badgerandfrog spent his weekend exploring Cambodian capital Phnom Penh by tandem, and this shot from Singapore by Facebook user Jon Williams is making us yearn for better weather. Glorious. 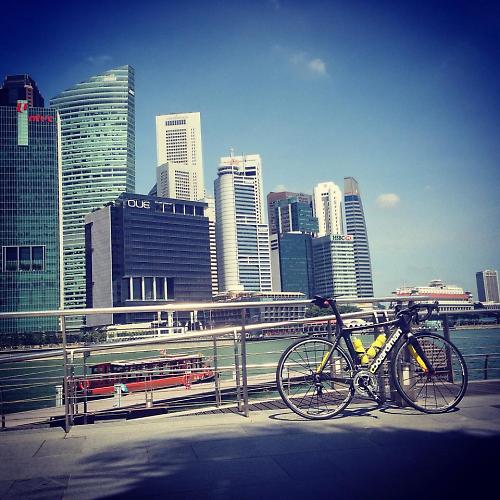 Remember, you can see all of the photos by simply searching for the #mycyclingweekend hashtag on your social network of choice. It’s also worthwhile checking out our Facebook post at the end of last week reminding you to share your photos with us; it’s a treasure trove.