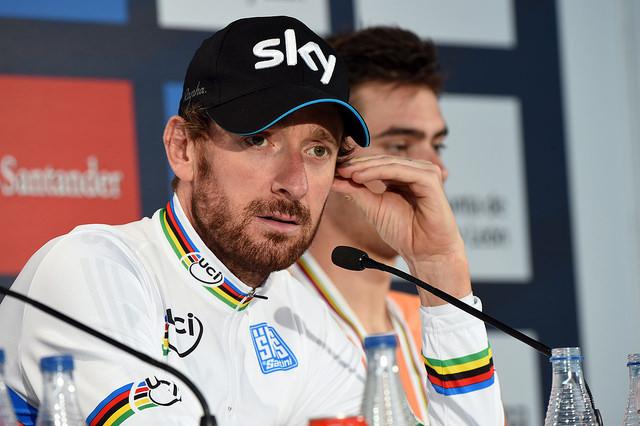 Sir Bradley Wiggins gets Chris Boardman on board for Hour record

Sir Bradley Wiggins is drawing on the experience of Chris Boardman for his effort to beat the Hour record, which he is attempting in London in June. Before then, his big aim – in his final race for Team Sky – will be Paris-Roubaix in April.

In a Cycling Quotes report of a L’Equipe interview yesterday, Wiggins spoke about his Hour record attempt, the month and venue of which were revealed yesterday in a Rapha press release announcing the clothing firm’s joint venture with the Tour de France winner and four-time Olympic gold medallist.

He said: "I do not want to force anything. Recently, I spoke at length with Chris Boardman. I want to do 30 minutes at a record pace, 45 minutes at an average of 55km/h, and then I know if I can keep that up for another fifteen minutes. In that way, I will know exactly what I can achieve.”

Wiggins also spoke about April’s Paris-Roubaix, which will be his final race in Team Sky colours before joining his own team as he starts his preparations for riding the team pursuit at the Olympics in Rio next year.

"Roubaix is not a challenge like a time trial or the Hour Record. It is very unpredictable,” said Wiggins, who lines up this week in the Tour of Qatar.

“In Qatar, I just want to finish without any crashes. Then I will do other races to have a chance of being in contention in Roubaix. Getting to the velodrome – whether I am the winner or the last one – everything will end there, that's all I want.”

On the subject of his own team, he said: "I had the idea for the team to focus on the[Olympic] Games and to leave the road.

“Initially, it was to facilitate the program on the track, to train together. Then I wished we could find the great future talent, just as Axel [Merckx] does in the United States.

“This team becomes a serious option for the best British riders, instead of going to the United States one year before joining Sky.

“Sky has turned away from this path and has become very, very elitist. They do not have time to develop young talent," he added.