Dame Sarah Storey, Great Britain’s most successful Paralympian, will be attempting to set a new distance for the women’s UCI Hour Record at Lee Valley VeloPark on Saturday 28th February. Today, details of the Ridley Arena bike and kit she will use for the record attempt have been revealed.

Sarah will be using a Ridley Arena Carbon Track frame for her attempt. It’s a stock frame and designed specifically for the track, and incorporates some of the aerodynamic features the Belgian company uses on its time trial and road bikes, such as the Noah Fast. 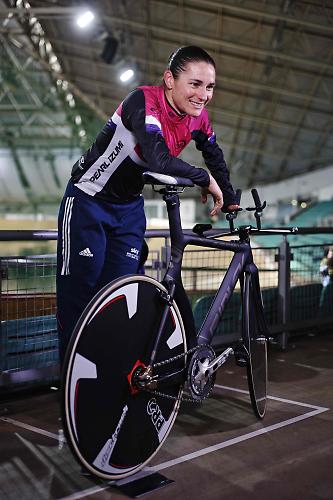 The most notable area aero feature is the F-Split fork. Twin vertical slits in the fork leg are there to reduce turbulent air between the fork and wheel, with the result, according to Ridley’s claims, of reducing drag. Another feature you don’t see any many bikes is F-Surface. Slim strips of material applied to the leading edge of the frame in key places, and intended to trip the passing air into turbulence, so the separation point is shifted further along the tube profile, with the result hopefully being reduced drag. Ridley reckon on the Noah Fast frame road.cc tested a couple of years ago, the F-Surface is good for a 4.02% decrease in drag at 50kph. 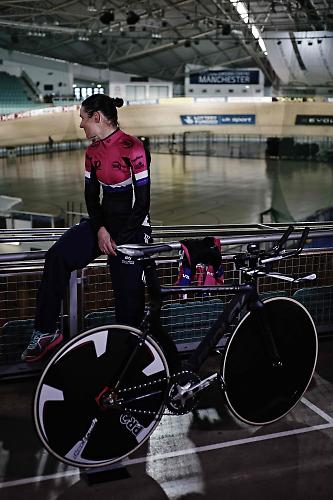 There’s an integrated seat mast with a 2-position seat clamp to help Sarah get her position right. The frame is made from carbon fibre helping it to hit the UCI's 6.8kg weihgt limit, with a combination of 30t, 40t and 50t grade carbon fibre. 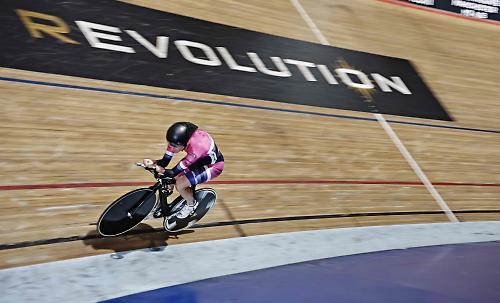 The frame will be equipped with an Verve Infocrank crankset with an integrated power meter, with Shimano Dura-Ace chainrings, chain, sprocket and SPD-SL pedals. Sarah will have a choice of chain rings to choose from, at this stage in the preparation the team probably have a good idea what combination will be used, but that nugget of information hasn’t been released yet.

For wheels it’s a dip into the PRO catalogue, with a disc wheel partnered with 5 spoke front wheel - that's what the press release says anyway; photos show the bike with a pair of discs wheels, and Sarah training on the track with a disc at the front (all the current Hour Record attempts have been ridden on twin disc wheel setups) so i'll be interesting to see what Sarah actually goes for on the 28th. 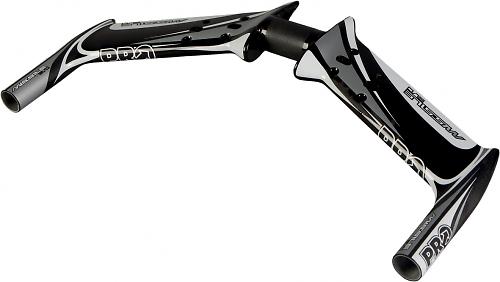 PRO also supply the Missile Evo handlebar which has been specially set up for Sarah, with Missile Evo Ski bend extensions. It’s all clamped to the frame via a Missile Evo 85mm stem and -10 degree stem.

Away from the bike, Sarah will be wearing the Lazer Wasp helmet, the same that is now being used by British Cycling as Dave found out when he went to the launch in Manchester recently. Sarah will pedal in a pair of Shimano RW83 shoes. Sarah will pair that with a Pearl Izumi PRO Speed Skinsuit, the same used by Rohan Dennis in his recent and successful Hour Record. The skinsuit has been designed to smooth air flowing over it, from a hidden zipper and careful placement of seams, to a patented Speed Sleeve which is said to provide the best fit and shape over the tricky shoulder and back area. It’s all constructed using an AeroCool fabric - used on the shoulders, flank and thighs - which Pearl Izumi claims can reduced drag by as much as 15% compared to a conventional flat face fabric. 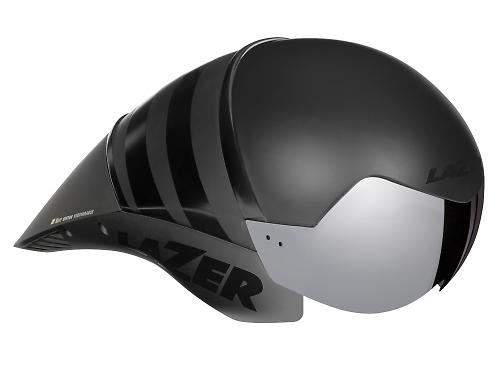 The training is done, the bike is ready and the kit all chosen, now all that remains is to wish Sarah the best of luck with her record attempt. The record is currently held by Leontien Zijlaard-van Moorsel of the Netherlands who set a distance of 46.065 kilometres in 2003.

To watch the record attempt, you can purchase tickets for Round Five of the Revolution Series, which takes place on the 27th and 28th February at the Lee Valley VeloPark start from £15 and are available via www.cyclingrevolution.com or by calling See Tickets on 0844 854 2016.