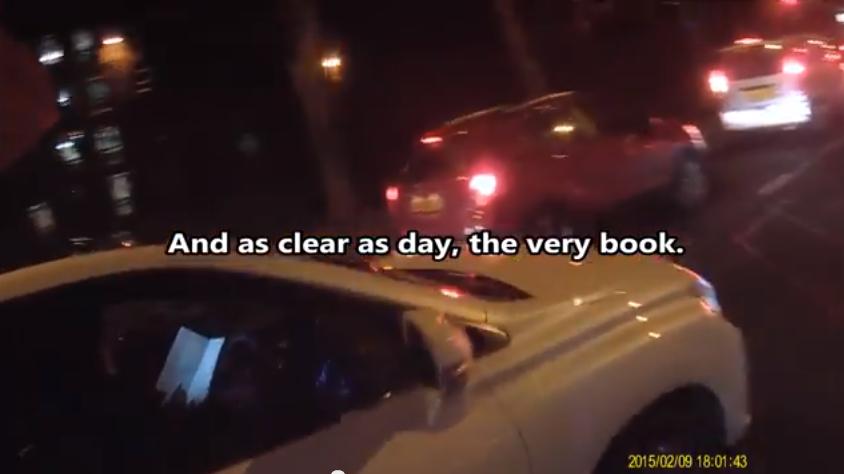 Must've been a page-turner... Woman caught on camera reading a BOOK at the wheel

The driver who was eating a sandwich at the time hit and killed a cyclist, and was sentenced to 240 hours community service for causing death by careless driving.

The Maserati driver who was eating a bowl of cereal at the wheel.

And what about the woman who hit and killed a cyclist when she took her eyes off the road to adjust her sat nav and was convicted of death by dangerous driving?

A cyclist in Manchester has topped all of these though, by capturing on helmetcam a woman driving along while reading a book.

The YouTube user, dubbed CycleSmarter, noticed the woman driving suspiciously slower than the rest of the traffic and peeped inside the car window to notice to his horror the driver reading.

At the lights, he confronted the driver, then threw his bike in front of her car to stop her moving before marching down the road to fetch a police officer.

The driver explains to the officer that she feels the cyclist is ‘picking on her’ and says that he was aggressive, when she had her six year old child in the car.

The video’s creator added: “He has spoken with the driver, and reiterated my concerns as a person that rides a bicycle. In this case a Section 59 PRA2002 warning will not be issued.”