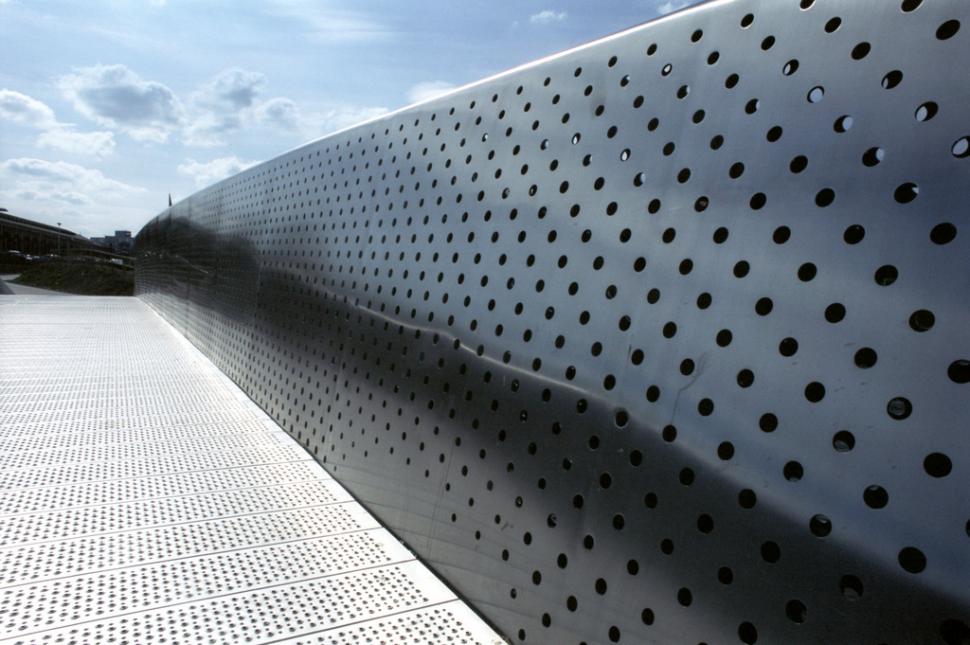 Bristol's 'Cheesegrater' bridge to be resurfaced after cyclist safety petition

An award-winning bridge in Bristol which was last year condemned as unsafe for cyclists following a spate of accidents is being taken apart and resurfaced after more than 600 people signed a petition started by a local cyclist calling for action to be taken to remedy the problem.

The surface of the Meads Reach Bridge, nicknamed locally the Cheesegrater Bridge, is being spray-coated with polyurea to provide better grip than the previous metal surface, which proved particularly hazardous in the wet.

A petition was set up in October calling for safety to be improved after riders suffered injuries that resulted in them needing stitches and dental treatment when they fell while riding across the bridge.

Set up by Toby Bridgeman, the petition urged Bristol City Council to require management company GVA Facilities to make the bridge, which links Temple Meads Station with Temple Quay and is part of the National Cycle Network, safer for cyclists and pedestrians.

According to the Bristol Post, work to remedy the defect has been contracted to Eco South West, with a spokesperson for the company saying: "I'm pleased to update with positive news. We've recently been appointed to provide a coatings solution to Meads Reach Bridge.

"This will involve dismantling each section of the bridge deck and spray-applying polyurea, for a long-lasting anti-slip surface.

“We currently use polyurea on walkways and staircases in housing developments, on marine work areas and warehouse floors among many other applications where safety is paramount.

"Once completed, the bridge will be secure for pedestrians and cyclists, even in very wet conditions. We'll be pushing to get this done as soon as possible as I'm aware this has been a big issue amongst Bristol's cyclists."

The newspaper says that timings will be agreed at a site meeting today, with some preparatory works needed and the actual work to apply the coating taking seven days.