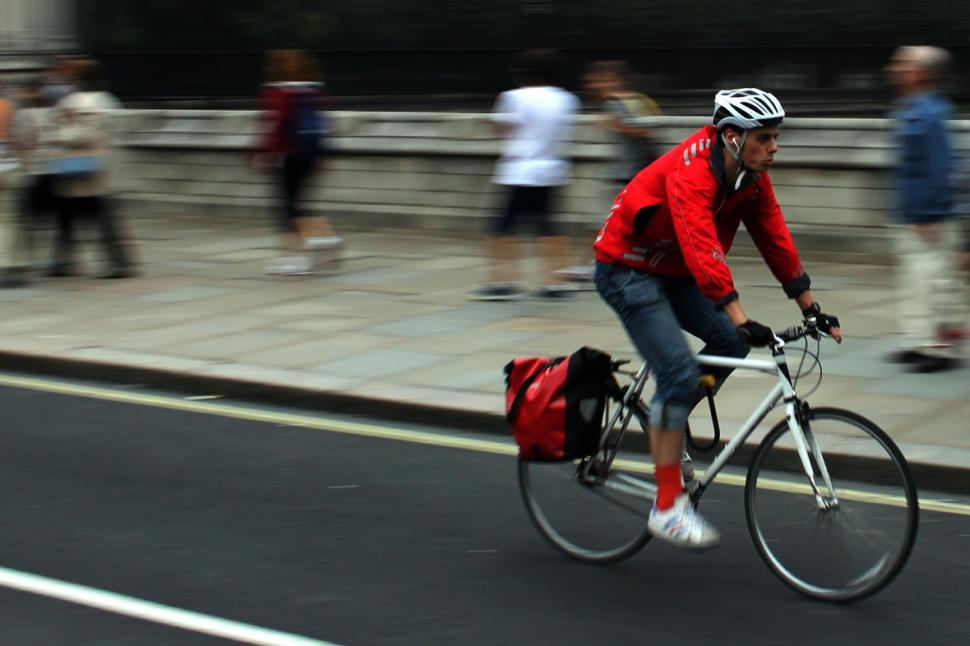 London cyclists are worried, says report — except the ones who aren't

Who are London's most and least worried commuters? People who get to work by bike, according to a fascinating report from the Greater London Assembly, which says that on average London bike commuters are  more anxious than those elsewhere in the UK but those with long rides to work are the least anxious.

The report, Commuting and individual well-being in London analysed data from the Annual Population Survey conducted by the Office for National Statistics. Participants were asked four questions relating to their happiness and well-being:

On average, bike commuters in London are quite anxious, and significantly more anxious than those outside the capital. The average anxiety score for the city was 3.3 out of 10, Bike commuters scored 3.4 while those who got to work by car or on foot were the least anxious at 3.1 and bus passengers the most at 3.5.

But outside London bike commuters are less anxious than average with a score of 2.7 against an average of 2.9.

Anxiety level varies with the distance people commute, and it varies most for cyclists. The most anxious of all London commuters are those with bike rides under 15 minutes, who report an anxiety score of 4.4. The least anxious also commute by bike, but their journeys take over 45 minutes and with a score of just 2.5 they're London's least worried commuters.

On average, people who use the Tube are London's happiest commuters, with a reported score of 7.4, but cyclists are close behind at 7.3.

London's happiest commuters are those with bus journeys under 30 minutes with a happiness score of 7.7, but cyclists with 15-29 minute journeys are not far behind at 7.5.

A groups of cyclists was also the highest scoring in response to the question about how worthwhile people thought the things they'd done in their lives were. Riders with commutes over 45 minutes were the only group to score 8.0 on this measure of well-being.

The report's author, Emma White, points out that the numbers involved in some groups of responses are too small for them to be considered representative.

Ms White suggests the data highlights two areas for future research into the well-being of London cycle commuters. She writes:

Cycling to work in London had a significantly negative impact on anxiety, with the mean score being much higher than the same score for all people in London. On the contrary, working people living in the rest of the UK (excluding London) had a much lower mean anxiety score than their London counterparts and a score lower than the mean score for all people living in the rest of the UK. Is there something about cycling in London that is causing this discrepancy in mean scores between the two areas, or are there other factors affecting this?

Following on from the above point, cycling for less than 15 minutes had a more negative impact on anxiety than any other time travelled to work group. Are people cycling to work for less than 15 minutes in London more likely to be living in areas with harsher and more dangerous road conditions than those cycling for longer? Or are the individual attributes linked to those cycling for short time periods having a negative impact on anxiety?

Thanks to Henri de Ruiter for this tweet with the details of how cyclists in the Netherlands feel about their travel choices.