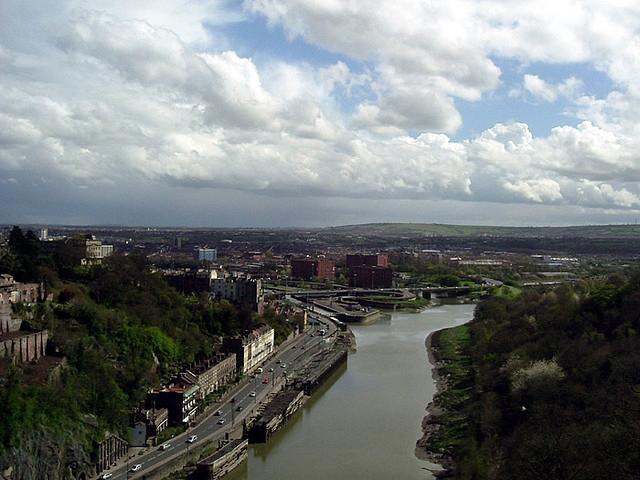 A stretch of canal towpath alongside the River Avon is being used by cyclists despite the threat of falling masonry. The Bristol Post reports that the popular commuter route near Netham Lock in St George has been shut since January last year and it seems people have grown tired of waiting for it to be reopened.

“The path closed in January 2014 when a dangerous, unstable wall along the footpath was identified. Temporary fencing was then erected and it was established that the wall belongs to the land owner of an adjoining industrial estate.

“They identified and removed a tall tree above the wall, which was identified as destabilising it, and they erected a structural scaffold to support the wall as an interim measure. The wall has yet to be repaired by the land owner, and although there is a commitment from them to carry out this work, they have yet to provide timescales for it being complete.”

Although the pathway will remain closed until the wall is repaired and the pathway is considered safe, a number of people are using it anyway.

Chris Percival, who rode to work in central Bristol along this stretch of towpath until it was closed, said other routes simply weren’t as good.

“Alternate routes are up the steep Blackswarth Road, or on the muddy path the other side of the river after going over the steel bridge that is covered in ice if the temperature is anywhere near zero, and is never gritted.

"As it has been shored up with scaffolding, people are choosing to use the path anyway. The council are falling very short of fully supporting pedestrians and cyclists and in Green Capital year this is surely very embarrassing."

Donald Lake of Welding Industries Ltd, the owners of the offending wall, said that finding a suitable contractor had taken longer than expected, but that the wall would shortly be taken down and rebuilt so that the towpath can be reopened.

Last month we reported how a planned eight week closure of part of the Bristol & Bath Railway Path – Britain’s busiest dedicated traffic-free cycle route – had stretched to six months. The local council carrying out the work said that the overrun was due to safety reasons, but Sustrans, who built the route, expressed disappointment at the prolonged closure.