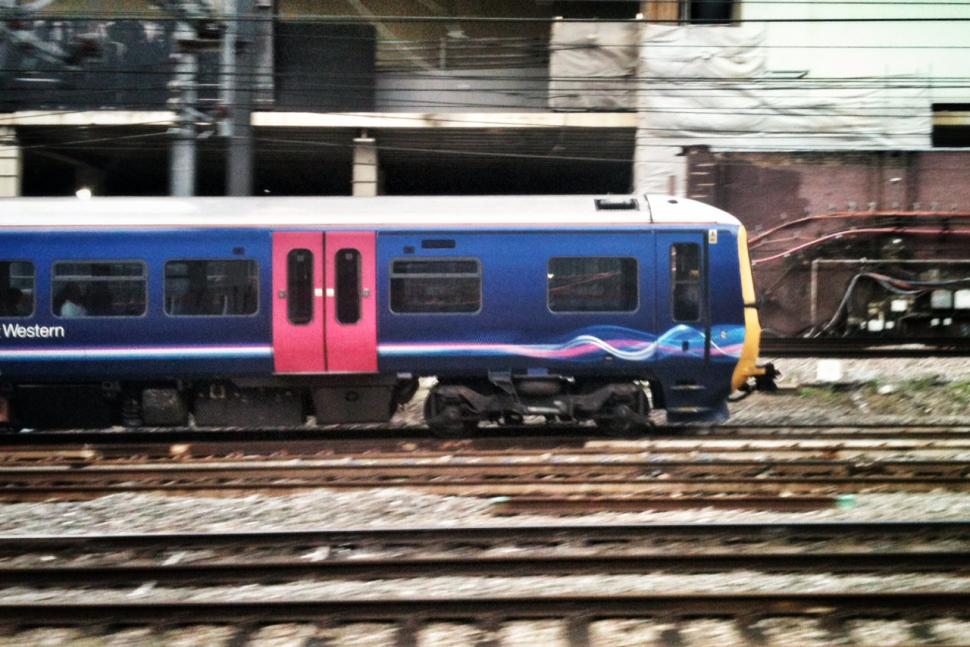 Just days after Mayor of London Boris Johnson warned it would be “suicide” for any political party to omit cycling from its manifesto for the forthcoming general election, a right-wing think tank has published a report calling for busy commuter rail lines into the capital to be turned into busways.

An ideal opportunity to put in some cycle lanes alongside, you’d think, to help provide for London’s cycling boom?

Well, no, there isn’t a single mention of cycling at all in the 44-page report, published by the Institute of Economic Affairs, described in 2007 by broadcaster Andrew Marr as "undoubtedly the most influential think tank in modern British history."

In its report, Paving over the tracks: a better use of Britain’s railways? the Institute of Economic Affairs claims that the government spends a disproportionate amount on railways.

The report says: “The support received by the rail industry is disproportional to its importance to travellers. Individuals in the UK are far more likely to travel by car than train, with 90 per cent of passengers and 70 per cent of freight traffic carried by roads.

“Despite this disparity, state funding of railways is just 30 per cent lower than that spent on roads,” it adds.

It points to bus rapid transit systems in Asia and Latin America as providing a blueprint that could be followed here.

Reference is made to Cambridgeshire's guided busway - but not to the cycle track running alongside it - with that and similar systems criticised due to the cost involved and "their lack of flexibility
in terms of the type of traffic accommodated."

The focus of the report is largely on London, where it is claimed the quarter of a million daily rail commuters could be served by a fleet of 150 coaches, each with a capacity of 75 people.

According to the report, the coaches “would be able to carry the same number of commuters while occupying one seventh of the capacity of a one-lane busway, of a similar width to that required by a train.”

They add that everyone would get a seat, fares would be cheaper, journey times “the same, if not shorter,” and “door-to-door time savings offered by busways would reduce journey times further, as direct services could operate from suburbs and villages not on the rail network.”

Bicycles, some might expect, could make the journey at either end easier still, with buses perhaps fitted with bike racks to carry them, but again there is no mention of that in the report.

Co-author Dr Richard Wellings, head of transport at the Institute of Economic Affairs, said: “Ongoing interference by politicians in the rail industry has led to everyone getting a raw deal.

“Passengers face increasingly expensive fares only to fight their way onto trains during peak times and taxpayers continue to prop up an industry whose importance to the country is disproportionally small relative to the level of resources it receives.

“Adopting more efficient methods of transport could offer considerable benefits to passengers and the taxpayer alike.

“But only when the sector is liberalised from rigid state control, will we see such alternatives being seriously considered,” he added.

"I’m sure it will be in the Conservative manifesto,” he said. “Other parties can commit suicide by failing to promote cycling if they want.

“We need a cycling revolution across the country as a whole and I think we should be looking at a much more thorough system of links across Britain.”

His comments were made after he gave the go-ahead for the planned East-West and North-South Cycle Superhighways in London, which are due to be approved by the board of Transport for London (TfL) this week.

Yesterday, TfL revealed that bicycles make up one sixth of traffic in the Congestion Charge zone, and that in some parts of the city they account for as much as half at peak times.

Among the more left-field cycle infrastructure proposals put forward in the past couple of years for a network of aerial cycle paths running alongside railway viaducts, as well as a floating cycle way running along the Thames from Vauxhall to Canary Wharf.