Tennessee Titanium specialists Lynskey have completely overhauled their 2015 range, with a new look and a simplification of the model lineup that should make it easier to pick the right bike for your requirements and style of riding. The new bikes were unveiled in the UK for the first time at the annual Core Bike show earlier this week, so here are some of the highlights from the new range.

First things first, all Lynskey frames have a new look. Gone are the decals and in their place slim aluminium name graphics that screw into the frame. It’s quite an unusual look when you first see it, it's unlike anything we’ve come across before. We’re used to posh metal head badges that screw into the head tube, but we've never seen it used on the whole frame (correct us if we’re wrong). 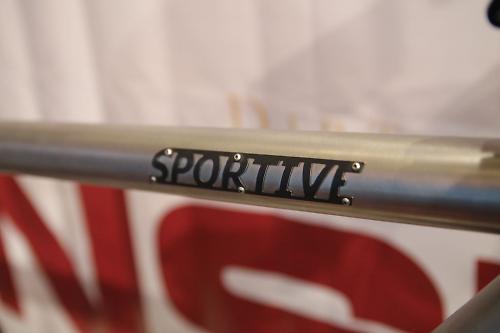 We’d be worried about snagging shorts on the edges of the top tube name plates, but we’ll see whether that is an issue or not when we get a bike in for review soon. Lynskey have explained the new 3D graphics, as they’re calling them, in this video below, and also addressed our concerns about snagging shorts. Lynskey told us at the show there will be the opportunity for customised graphics, and the frames can be ordered naked as well.

So the bikes then. Catching the eye on the stand first was this Sportive Disc (£1,399) model. It’s not a brand new bike, it was actually launched back in 2012, and we had a chat with founder Mark Lynskey about it at the time. 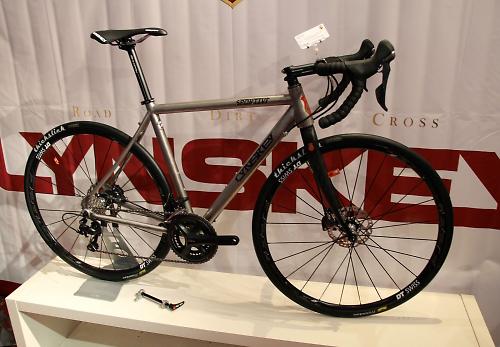 The frame is based around endurance geometry, so it’s longer in the wheelbase and chainstays for more stability. That makes fitting the disc brakes easier as there are no issues with chainline. 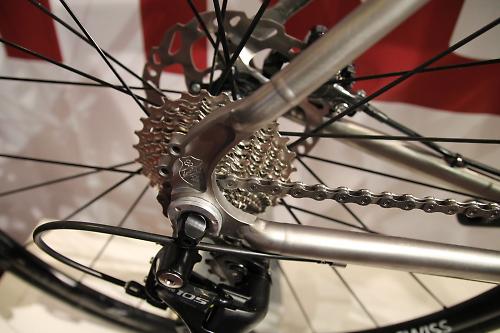 The frame has 135mm rear spacing and Lynskey have developed their own thru-axle with a DT Swiss screw-in axle, that's new since we first saw the bike a couple of years ago. 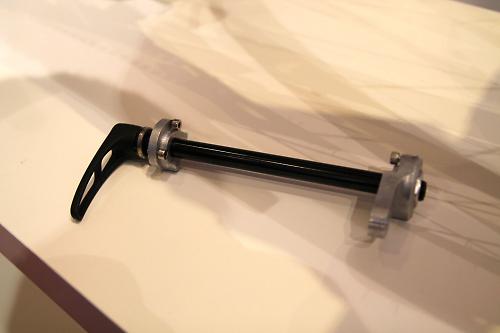 They’re developing a new fork too, because currently, as the bike is photographed, it has a regular quick release axle up front. The frame and fork have clearance for 28mm tyres and there are mounts for mudguards so it’s an ideal super commuter, winter training bike or Audax bike. 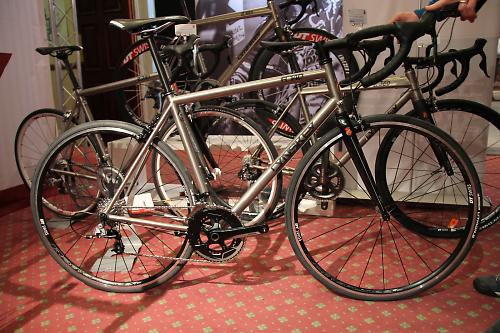 Titanium once used to be silly expensive back in the days when it was a very rare sight on the roads, but prices have tumbled in recent years, making it relatively affordable. Okay, so it's still expensive compared to steel and aluminium, and even cheap carbon frames, but doesn't command the premium it once used to. Top-end titanium frames are still big money, bit at the other end of the scale, they're attractively priced. This is Lynskey’s most affordable offering, the R140, with a £999.99 price tag. 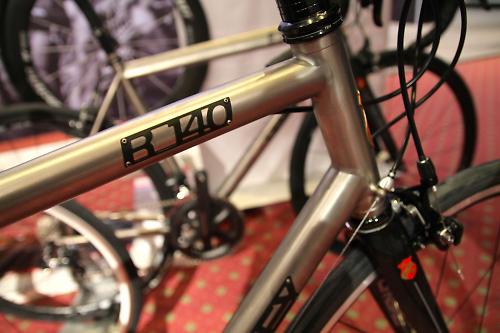 For 2015 Lynskey have discontinued the Rouleur and Peloton from the previous Silver Series, an attempt at simplifying the range. They do have a lot of models and this narrowing of choice can only be a good thing. The frame uses the same 3Al/2.5V straight gauge titanium tubing as those previous models, and takes the Sport geometry from their R230 frame. There’s space for up to 28mm tyres in the frame.

If you’re well into your cyclocross and fancy a titanium frame, how about the Pro Cross CX? The frame borrows the twisted down tube from the Helix and combines it with a triangular top tube made from 6AL-4V grade titanium, so you have a nice flat underside for shouldering the bike. And it should be plenty stiff enough for off-road endeavours. 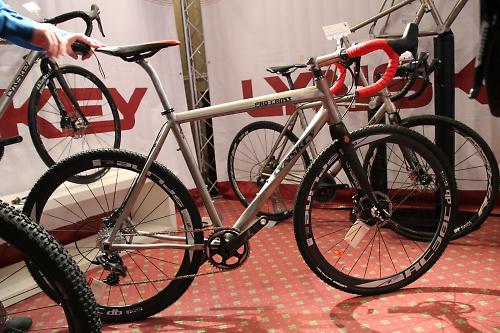 The rear brake and derailleur cable are both routed along the top tube, and there’s no front mech cable as the bike is equipped here with SRAM’s Force CX groupset, which does away with the need for a front mech, with a simple 1x11 setup. 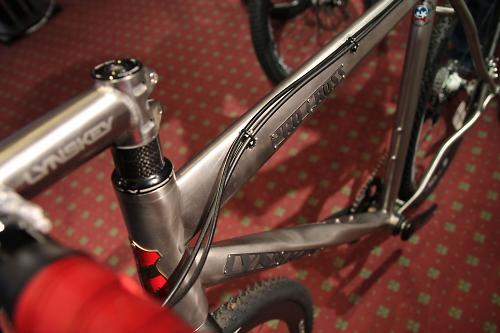 It’s disc only and the rear dropouts are modular, allowing the use of either quick release or bolt-thru axles. The frameset costs £1,799. 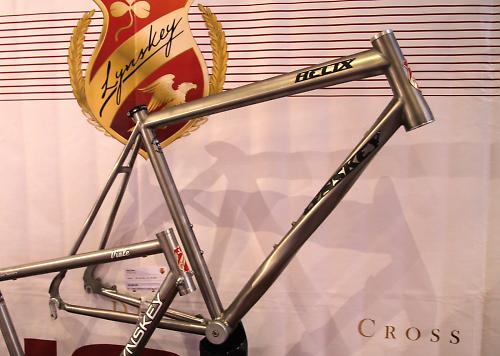 Lynskey are still offering the mad Helix frame with its twisted tube shapes. The distinctively twisted top and down tubes don’t offer any sort of performance benefit to the frame, it’s more a case of because they could, they did. The frame is exquisitely finished, as you’d hope and expect in a frame costing £2,500. There’s also a tapered head tube, PF30 bottom bracket, and space for 25mm tyres. The frame is available in a caliper brake or disc brake version.

We'll be getting one of the new bikes, preferably the Sportive Disc, in for review soon. In the meantime you can check out the full range over at www.hotlines-uk.com/brands/lynskey