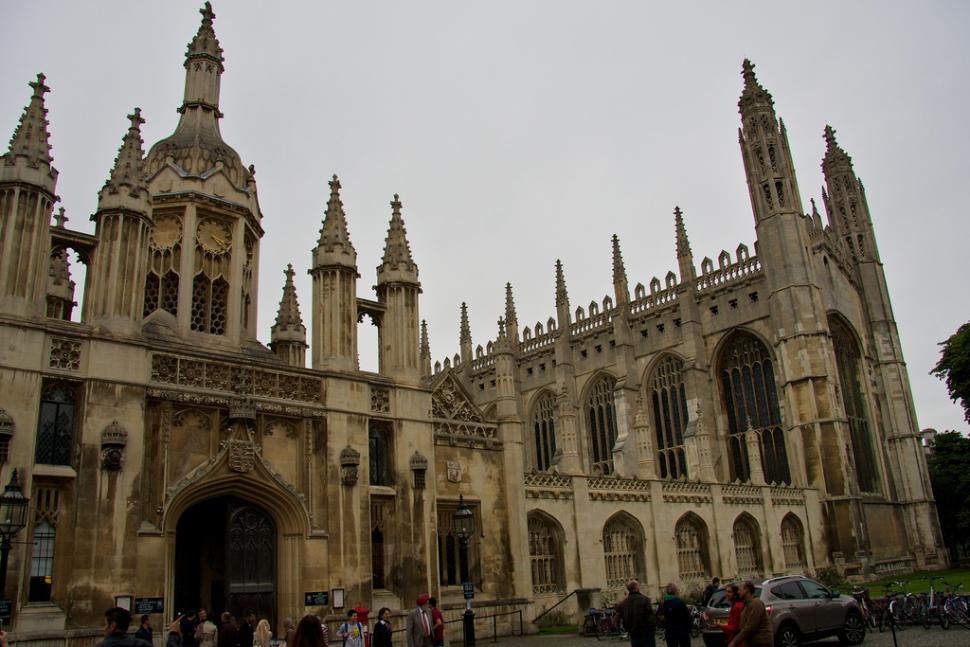 "Back to the drawing board now for funding" say campaigners...
by John Stevenson

Campaigners have hit out at the board of Cambridge City Deal after it rejected a proposal to build long-distance cycling routes into the city from outlying towns and villages.

A meeting of the City Deal executive backed the Chisholm Trail and city-centre cycling facilities, but rejected longer-distance rural projects recommended by a January 12 meeting of the arger City Deal Assembly.

After the decision City Deal executive board members were slammed for not understanding how facilities enabling people to ride in from further away could help with the city's congestion problems.

According to Cambridge News, Cllr Steve Count and Cllr Ray Manning, the leaders of Cambridgeshire County and South Cambs District councils respectively, were singled out for criticism.

South Cambridgeshire District surrounds the city and includes villages such as Fulbourn, just 5 miles rom the city centre, Cottenham, 7 miles out and the new satellite village of Great Cambourne, 9 miles from the city and practically unreachable except by car. 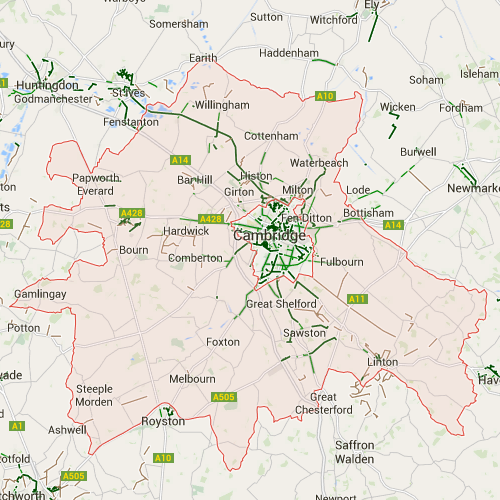 Cllr Aidan Van de Weyer, a district councillor for Orwell and Barrington who has been active in the campaign for cycleways along the A10 corridor, added: “They clearly don’t see how a rural cycle route outside of Cambridge can make a contribution to reducing congestion, when the path along the busway has made a huge contribution.

“He (Cllr Manning) really failed to argue for anything except park and ride – they’re very good, but they only solve part of the problem.”

Cllr Manning told the meeting: “I believe park and ride sites are the most important thing we can do.

"If people can get to the edge of Cambridge quickly, leave their cars and either take a bus or cycle, if it’s only a mile or two to work, I believe that’s the biggest thing we can do to help.

“I’m quite lucky because I live about four or 500 yards from the guided busway. But this morning, as I actually sat there, I watched and there were 43 cars and vans and five artics that went past before someone went down the cycleway.

“They’re a very good idea, cycleways, but they’re not going to make a big impression on the number of people in South Cambridgeshire who are driving in.”

Great Chesterford parish councillor Gareth Bevens has been in the forefront of the campaign for cycling routes  between Cambridge and Saffron Walden. He called the decision “very disappointing”.

He said: “We do have quite a significant barrier of mobility between communities south of Cambridge. It forces us to use cars when we don’t need to. There’s a viable alternative and a lot of support for it.

“We’re back to the drawing board now for funding solutions. We will have to take our place in the queue.”