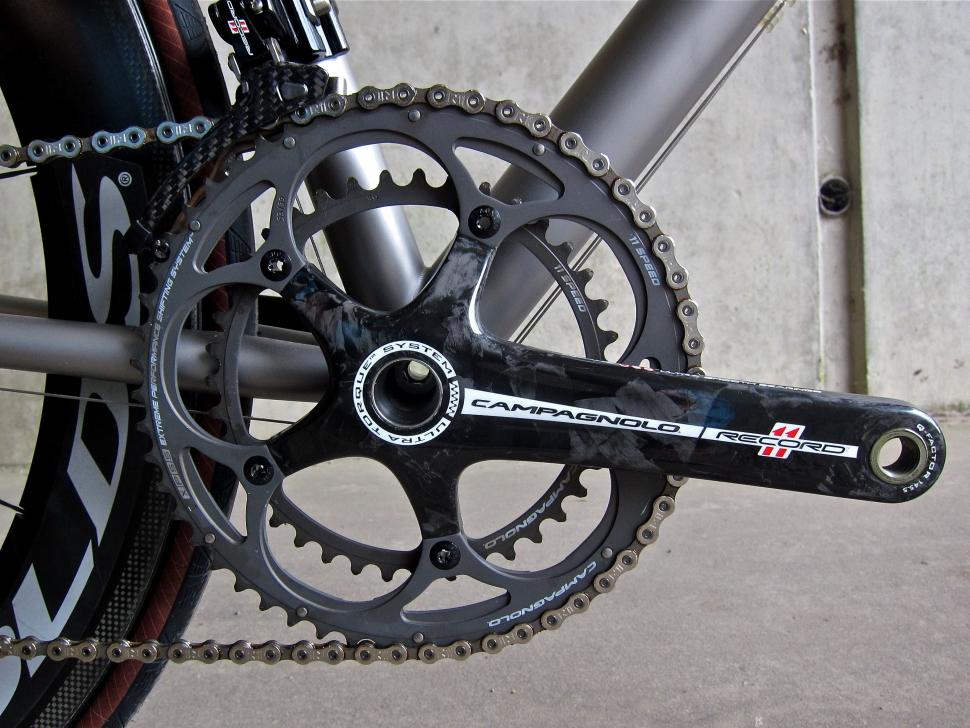 Campagnolo, one of the most famous names in Italian cycling, could be facing strike action after it revealed plans to make almost one in five of the employees at its Vicenza factory redundant.

The company says the redundancies are necessary due to tougher competition squeezing its margins and causing it to lose market share, but unions claim production will shift to Romania, diluting the firm’s ‘Made In Italy’ cachet.

In a statement issued on Wednesday, the business said the Vicenza facility (which road.cc visited in 2011) is becoming increasingly uncompetitive and the company could no longer rely on its brand strength or high-performance products alone.

The firm, founded in 1933 by Tullio Campagnolo and still family-owned, plans to focus on innovation and new product development in Vicenza, with production shifting elsewhere. Its statement made no specific reference to Romania.

But in a joint statement, the trade unions FIM-CISL and FIOM-CGIL said that the company had confirmed in a meeting last week that it planned undertake a heavy restructuring, including relocating production to the eastern European country, reports Il Gazzettino.

Campagnolo already has two factories there, with a November 2011 Bicycle Retailer article noting that production, including more labour-intensive processes, has been gradually switched to that country, where labour costs are three and a half times less costly than in Italy and in line with those in Taiwan.

That meant Campagnolo could  keep production in the European Union without having to outsource to the Far East, which also has advantages for protecting its intellectual property against counterfeiting or copying.

But union leaders have objected to the company’s new restructuring plan, and the relocation of production in particular, condemnng it as a “shortcut that leads nowhere.”

They say it should instead invest in making the Vicenza facilities more efficient and competitive to meet “the new challenges of the global market.”

“Moreover," they addeed, we are talking about a firm with positive financial statements and a prestigious ‘Made In Italy’ brand that makes a distinction of its quality in both the professional and amateur sports markets.

“We wouldn’t want it to become, in more or less the short term, substantially ‘Made in Romania’,” they added.

While Campagnolo continues to be respected for its technical innovation and the build quality and performance of its products, in recent years the cycling components market has become a much more competitive place.

Besides rival Shimano, SRAM has become a major player, particularly in the original equipment market for new bikes, from which Campagnolo has been all but ousted.

The Italian company has also seen its position as the once dominant player in the pro peloton significantly eroded in recent years with Shimano now the dominant player by number of teams. For the 2015 season three WorldTour teams out of 17 will line up using their groupset - Europcar who lost WorldTour status just before the season began will also continue to ride Campagnolo. Shimano account for 13 of the rest, while SRAM's sole representative amongst road cycling's elite teams for 2015 is AG2R.

That’s reflected by the fact that in the three decades to 1998, cyclists including Eddy Merckx, Bernard Hinault and Miguel Indurain won a combined 25 editions of the Tour de France riding Campagnolo-equipped bikes.

By contrast, only two of the 16 editions of the race since then have gone to riders using Campagnolo – Oscar Pereiro in 2006, and Vincenzo Nibali last year; not good when victory in cycling’s biggest race can be used by your rivals in their marketing materials.

While the performance of its 11-speed mechanical groupsets is much admired, Campagnolo’s EPS electronic groupset has probably not been the hit it hoped it would be, partly because Shimano’s Di2 has proved so resolutely dependable and the Japanese company seems set on a process of continuous innovation coupled with competitive pricing.

Quietly over the past decade Shimano has replaced Campagnolo as the benchmark against which other company's groupsets and components are measured against.

The Italians have also been late to the party when it comes to road disc brakes - their offering should launch later this year, by then both Shimano and SRAM will have had many years head start - even allowing for last year's calamitous hydraulic brake recall by the latter.

The Campagnolo business, manufacturer of high-end components for racing bicycles, has decided to open a redundancy procedure for 68 of the 399 staff at the production site in Vicenza.

This decision results from necessity to put in place a business plan presented to the trades unions and staff organisations, necessary to ensure the continued production at that site, which also houses group functions and activities related to new products and new technologies.

The business plan aims to recover market share and margin which have been eroded in recent years due to the decline in competitiveness of the manufacturing carried out at the Vicenza site.

Changed market conditions on the one hand and ever more intense competition on the other risk forcing the business out of the market, since it cannot rely alone on the strength of its brand and high performance products.

It is now necessary to regain competitiveness by restructuring the Vicenza site, giving it a mission focused on innovation and product development, on which the business has the firm intention of implementing and concentrating all necessary investment.

1
Near Miss of the Day 669: Cyclist confronts driver after 'worst overtake I've ever seen'
2
Cyclist sprints away from knife-wielding mugger – and warns others to be vigilant
3
Mark Cavendish reveals ‘hole behind heart’ after serious crash in Belgium
4
New Zealand MP goes into labour, cycles to hospital to give birth
5
Brazilian speedster aims to hit 300km an hour next year to become world’s fastest cyclist (+ video)
6
Are world leaders "delusional" when it comes to active travel? COP26 discussed, plus how to layer up for winter riding on episode 12 of the road.cc Podcast
7
Cyclist who broke motorist’s jaw cleared of assault – because of driver’s close pass
8
Near Miss of the Day 668: Cyclist almost taken out by corner-cutting driver